Her fear is a dress she can no longer fit into

Off the page, Joelle Taylor is a whirlwind: activist, educator, workshop leader; sermon giver, stage dominator. She is a force – read my profile of Joelle Taylor in The Friday Poem here – frenetic yet intimately personal, suited and booted, and connects with her audience via her eyes, hands and voice. One might wonder then, how an energy so well suited to the stage translates to paper. And, while C+nto & Othered Poems is hardly Taylor’s first poetry collection – Ska Tissue (2011), The Woman Who Was Not There (2014) and Songs My Enemy Taught Me (2017) precede it – it is arguably her most booky.

C+nto itself, which represents about a sixth of the collection and comprises six cantos, or ‘rounds’, was originally performed on stage at the Battersea Arts Centre as part of Rallying Cry, an event celebrating the 35th anniversary of performance poetry organisation Apples and Snakes. But the rest – the Othered Poems of the title – and the overall shape of the work are made for reading.

The book’s title, it is explained, is derived from the Italian verb cuntare, meaning ‘to narrate, tell, or recount (a story)’. Specifically, it is the third person singular past historic – or, per Oxford Reference, a Neapolitan dialect word for a tale, as in Giambattista Basile’s Pentamerone: Lo cunto de li cunti, a 17th century collection of folk stories. C+nto (yes, it’s pronounced ‘cunto’) also has a glossary, which explains how to read the 12 ‘scene poems’: visual poems that loosely take the form of theatre scripts, with lighting and sound directions, and indications of movement. They are, however, to be read as poems, rather than instructions for a director; they are impressionistic and metaphorical, and make use of enjambment. They form a narrative backbone, onto which vignettes, episodes, profiles and memories are hung.

LX1: the orange of hello.

FX1: low swung jazz, the sound of voices collapsing in
conversation. The woman, head to chest, walks briskly
through the bar to the toilets.

LX2: the strip light flurries its eyes at her. The woman
enters the toilet and locks the door.

FX2: the sound of air unzipping, the world peeled; the
music of a woman giving birth to herself. The cubicle
door opens, & a butch casually steps out, in tweed
trousers, button shirt and blazer. At the sink she drowns
her hair and places the dead pet on her head. She opens
the bar door like a second date.

Taylor loves her characters, sympathises with them, and infuses every thought, image and phrase with a sense of the epic

Taylor is already a political poet, but her fourth collection sees her wear her abuse ‘as a suit’. ‘First,’ she writes in the preface, ‘they take your mouth. Then the whole of your body.’ Her past is laid bare. As a teen in the 1980s, she was ‘subjected to constant state-endorsed abuse’: in school, on the streets, on buses and in bars. And, she reckons, ‘it is as bad today. […] Our meeting places, clubs and bars have closed, and we gather in distinct flocks across social media.’ Her assessment of the current status quo is bleak, and her poems regularly conjure the sadness locked away in not-so-distant queer history. Embedded between totem poles of heroic individuals and rallying cries is a deep darkness: the collection is a ‘walk through [a] maze of vitrines’ holding ‘bar fights, arrests, explosions’, and myriad other injustices. Violence lurks around the corner:

& none are aware
of the silhouette of the man

When Angel, one of Taylor’s heroines, looks in the mirror,

But nestled among tales of sadness and violence are ‘serpentine Pride marches’ and a ‘fictious dyke dive bar’ – the old Maryville – which is a haven filled with music and love. As with much of Taylor’s work, hope endures. Taylor loves her characters, sympathises with them, and infuses every thought, image and phrase with a sense of the epic. Her protagonists, Valentine, Angel, Dudizile and Jack Catch, are larger than life.

Their story is legend, their suffering monumental. Beyond them, too, every sentence has an aura. Taylor’s word-pairings are stark. She regularly juxtaposes sex and religion, or human flesh and animal flesh. Violence and delicacy, fear and ferocity, love and rage. She writes of the ‘archaeology of a dance floor’ and ‘abattoir[s] of beauty’. The morning after pill is a ‘communion wafer’; men are ‘broken things breaking things’. No line feels throwaway; each fits into a whole, and forms part of a mosaic of images.

The morning after pill is a ‘communion wafer’; men are ‘broken things breaking things’

Taylor makes use of several writing styles in C+nto: theatre script, block form, free verse, concrete poetry; sometimes punctuated, sometimes not. Most frequently, she uses long spaces or forward slashes where others might use line breaks, an effect of which is to facilitate – for me, anyway – a sort of subconscious vertical reading. One might call it a secondary poetry, or a poetry of word association. Her block stanzas enhance mood and proliferate meaning by nestling words among each other, each one reacting to the meaning of its neighbours. Narrative is playfully de-linearised, freed: heads/winking/leather, insolence/indifference/darling, mouths/knuckle/language. Each poem, each canto, asks to be re-read.

bad girls gather like cigarette smoke / their night talk /
swarming / above the heads of binary dancers / the lit
ends of their cigarettes / winking / tinker taylor hello
sailor / an insolence of leather jackets / the warm outrage
of indifference / kiss me until my mouth opens into
a career / darling, you / bad grammar grin / shark fin
Mohican / swim across the dance floor to me / tinker
taylor hello sailor / my gender / is exile.

The whole collection, I think, is best read quickly the first time. With compelling characters and a degree of narrative linearity, its momentum should carry from page to page. But the episodes, segments, odes and vignettes that comprise it also deserve, and reward, a second and more deliberate reading. This is pared-down poetry, with eyes on its cause and a deft ear.

Above all, the pages of C+nto are imbued with the love Taylor feels for her community of gay women. Bois, studs and silverbacks are held up to a kindly, human light, revealing a full spectrum of light and colour. The book’s gold cover, a bold choice, signals the reverence with which Taylor means to represent her subjects. And those subjects may be gay women and the forces that move them, but C+nto’s, and I think Taylor’s, preoccupation is with humanity – which she finds in technicolour among them.

Above all, the pages of C+nto are imbued with the love Taylor feels for her community of gay women. Bois, studs and silverbacks are held up to a kindly, human light, revealing a full spectrum of light and colour

I’ll be in the back bar of heaven    Cass will be getting a
round in    releasing that laugh    a flock of wild birds
escaping her mouth    and none of this will matter    I’ll
be riding the ghost roads with Valentine    bare back knee
clench on her Harley    I’ll be stretching skins with Jack
Catch    or scuffing the city with Dudizile    men will
stare like open shaft mines    I’ll be walking    white lines
with Angel    tight mouth    angelope heart.

With C+nto, Taylor arcs back to her roots, rotavating the soil that bore her, housed her and helped her develop as an individual. It is a paean – it gives thanks – built around a narrative of resistance, solidarity and, ultimately, love and pride. These are golden folk, golden women, whose past is fractured and whose present remains a struggle. ‘I hope I have honoured you’, she writes in the Acknowledgements, and she does, with originality and bite.

we are untamed   a wilderness of women   we are waste
ground   what a waste love   nothing grows on us   sterile
and barren   an un-useful female   empty as church
pews   the wind rattles its fists   inside our wombs   come
now, snake boy   come now, heretic healer   where are
the maths that solve us? How do we fit into your algebra
your binary code? 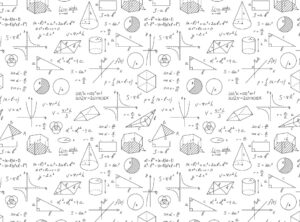