Drawing the clean light in and doing good

To read D.A. Prince is to embark on a tour of her mind-gallery, where she guides you through whatever has caught her sharply focused eye or ear – things heard via the telephone or on the radio; news items; remembered incidents from personal history; films and books; observations from holidays; walks in nature; visits to museums and art galleries. Small, everyday items reveal a deeper significance in the light of her commentary.

D.A. Prince clearly loves art, and all her poems are written with an artist’s eye and attentiveness. Several are ekphrastic. Others show us the perspectives of time, of history, of the immigrant and the traveller. “Let’s pause, stand back and look at the world”, D.A. Prince seems to say. “Observe how light and angle changes things.”

‘Visibility’, the second poem in the book, is about wind-farms. Here, Prince plays with the phrase “in some lights”, repeating it in each stanza, but placing it in a different position. The phrase shifts and spirals, and meaning moves accordingly.

Just as light can affect how we see things, so too can the dark. In ‘Neighbouring’, the sounds of next-door’s family partying on a summer’s night alters the listener’s perspective in ways we probably all recognise:

Night brings their voices closer, as though
over water, with ripples of laughter

Darkness is all and only sound
and thick with questions. In tomorrow’s daylight
we can never know them as near as this.

The poem ‘Iggy Pop Life Class, 2016’ describes an exhibition of 53 drawings by 22 artists who had Iggy Pop as their model. Each artist contemplates the famously wrinkly body, “pencil listening for any clue”. Each drawing produced is unique, drawn as it is from its own angle, and yet:

the body’s surface, however criss-crossed
with years and weather, speaks
beyond itself of the spirit. Twenty-two pencils
are witness to the truth.

Light and angles can mislead us too, of course, as ‘A Trick of the Light’ explains:

A heart-blink soon corrected
by reason and binoculars—how
the shining figure standing in the yew’s
dense dark is nothing, only lately yellowed leaves
caught in low sun, an unexpected angle.

D.A. Prince is an accomplished writer of light verse as well as more serious poetry and there’s plenty of wit and quirky humour displayed in this collection, often mixed with poignancy or sadness. For example in ‘Might Have Been’ the poem’s protagonist writes an obituary for the life he wishes he’d had. And in ‘The Musée Des Beaux Chapeaux’ Prince ingeniously combines elements of Auden’s ‘Musée Des Beaux Arts’ and Edward Lear’s ‘Quangle Wangle’s Hat’:

About head-coverings he was never wrong,
the Quangle-Wangle; how capriciously they demonstrate
be-ribboned status; how they conceal
the extent of loneliness even within the false comforts
of gratified indulgence

The poem manages, in fourteen lines and with the lightest of touches, to address themes of suffering, loneliness, displacement, and the solace of finding a place to belong.

D.A. Prince is an accomplished writer of light verse as well as more serious poetry and there’s plenty of wit and quirky humour displayed in this collection, often mixed with poignancy or sadness

There are also four delightful poems about tickets, notes and labels, re-published from a previous pamphlet (Bookmarks, HappenStance 2018). I enjoyed the variety of subject-matter, form and tone across the whole collection.

One or two poems, such as ‘The Stolen Shadow’, challenged my understanding, but intrigued me nonetheless. The poem may be based on a tragic story or on a film I don’t know, but I enjoyed its imagery and language:

[…] his last cry
like a rusty hinge or a blackbird
pinned by a hawk, the knowledge
tearing his throat till his voice-cords frayed.

Another poem that fascinated me was ‘Two Plants’. It’s a möbius strip of a poem, very simple on the surface, but subtle and puzzling. It had me reading through it and round it, twisting my thoughts, so that I had to go back and read it again. It begins:

Look, I’m saying leaf and already
your mind is playing it. Leaf-ish, leaf-shaped,
leaf-green (whatever that is). No longer
my selfish leaf but the air between us—

I think it’s about differing personality types, the slipperiness of interpersonal communication and how we think we know, but cannot know, the way another person sees the world.

… these are the sort of poems one wants to share and talk about. The collection is bound together by themes of light and perspective, but each poem stands alone and is worth lingering with

And in what light does D.A. Prince see herself? I may be presuming too much, but because the words “the bigger picture” are the closing words in an ekphrastic poem entitled ‘The Mass of St Hubert’,[1]Workshop of the Master of the Life of the Virgin | The Mass of Saint Hubert: Right Hand Shutter | NG253 | National Gallery, London I’m tempted to read particular significance into the poem’s description of a small, grey dog in the corner of the painting, peacefully biding his time while the pageantry of grand liturgy makes its much-ado:

Even at Mass, at the altar step,
there’s a dog, taking no notice of
the angel fluttering down with a stole,

he holds his own attention to the stones,
a sniff of swept dust, a footprint’s invisible trace.
He senses all the mumbling passing hours,
the seasons with their colours; knows indifference.

Whatever sainthood will happen beyond
this consecration, he will remain
the grey detail, central, an anchor, at rest,
a small part of the bigger picture.

These are quietly spoken poems. They appreciate grey and undramatic weather, enjoy moments of solitude in nature, respect the patience of stones:

Stones wait; their time is counter-seasonal.
Frosted and wordless, patient and ordinary,
world without end and never an amen.

A poetry book review is, of course, just one perspective, and if you read this book, you’ll read it differently. I’d be interested to know what you think, because these are the sort of poems one wants to share and talk about. The collection is bound together by themes of light and perspective, but each poem stands alone and is worth lingering with. Speaking of sharing, here’s a last, and characteristically self-aware quotation – it’s from ‘A Matter of Life and Death’, and is about a cinema showing of the 1946 film of the same name:

And here, clutching drinks, plush-seated
in today’s colour-filled, churning world
we know that some things are better shared
in our collective lonely dark.

I felt a little saner and calmer for spending time with The Bigger Picture. I know it is a book I will return to. 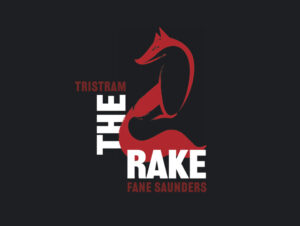