That red light in the darkness

Lowe’s third full collection opens with a prologue, ‘The White Dog’. The poem begins “My father was dead”, and ends “He was dead, he was dead. Now what should I do?” In between, we are presented with the disturbing image she sees each morning on her way to an undemanding office job – a white dog “licking / a puddle of blood, leaked by the morning meat / the butchers hauled across their backs to Smithfields.” It’s easy to read quickly past this poem; a turn of the page later and we’re pitched straight into Lowe’s first term as a teacher in an inner London sixth form. But the questions raised here – how we face death (our own and others’), how we find purpose and meaning – quietly underpin the whole book. “Tell me, what is it you plan to do / with your one wild and precious life?” is the well-known question that ends Mary Oliver’s poem ‘The Summer Day’. The answers that Lowe offers us in The Kids are heartfelt, but far from straightforward.

Although the poems in the opening section of The Kids power along with all the pinballing energy of their teenage subjects, this is no real-life version of the film Dead Poets Society. “Boredom hangs like a low cloud in the classroom” begins ‘The Art of Teaching II’:

[…] And if we break
to talk, I know my questions are feeble sparks
that won’t ignite my students’ barely beating

hearts. There is no volta here, no turn,

We arrive at the ninth line of a Petrarchan sonnet (with one exception, all the poems in The Kids are sonnets), and find our expectation of a shift, some movement towards transformation, has been frustrated. What we have instead is an honest exploration of the challenges of trying to engage students in a process of learning that they can’t see has any real relevance to them. ‘The Unretained’ looks to the lives of students after their formal education has ended:

[…] What happened
to Eliot who went to Feltham? And Martha,
five-months-pregnant, quitting for her boyfriend
and a flat, my cautions drifting off her
like confetti as she strutted through the gates?

“Tell me, what is it you plan to do / with your one wild and precious life?” is the well-known question that ends Mary Oliver’s poem ‘The Summer Day’. The answers that Lowe offers us in The Kids are heartfelt, but far from straightforward

In an interview on Radio 4’s Front Row, shortly after she’d been announced as the winner of the 2021 Costa Poetry Award, Lowe talked about the ethics of describing her students’ lives. She said that her (inevitably) unreliable memory, coupled with conscious acts of conflation and obscuring, had ensured, as far as possible, that her former students weren’t exposed. As a reader, I never felt the poems were exploitative – Lowe’s obvious warmth towards and respect for her students is a constant, along with her willingness to bring herself and her own teenage experiences into the poems. She witnesses (rather than observes), with all the risk and self-exposure that involves.

So, in ‘Notes on a Scandal’, and ‘Boy’, Lowe addresses the largely taboo issue of teacher-student attraction (“he’d raise a hand and wave a little joy / into my day”). In ‘Janine II’ – one of several poems exploring race in the classroom – she offers, as the daughter of a Jamaican-Chinese father and English mother, this concise description of her own complex racial positioning:

[…] The whiteness of my skin has been
confusion, chaos, agency.

But despite the gravity of its themes, The Kids is far from being a heavy read. This is partly due to the whole-heartedness with which Lowe approaches her subjects, and her humour – she isn’t afraid to make us laugh, and laugh at herself. It’s also due to the precision of her focus (combined with a gift for the pinpoint simile), and the sheer musicality of her writing. In ‘The Only English Kid’, we’re told that John

[…] had a voice from history: Dunno-miss,
Yes-miss, No-miss – all treacly-cockney,
rag-and-bone – and while the others claimed Poland,
Ghana, Bulgaria, and shook off England
like the wrong team’s shirt, John brewed his tea

Lowe’s skill at working with traditional forms has been strongly in evidence from her debut collection Chick onwards. She has an easy, conversational take on the iambic pentameter line, and is skilled at finding both full and slant rhymes that don’t come across as forced. This results in poems that feel contemporary, yet still have a sense of the language being heightened into song. In talking about the book Lowe describes how the constraints of the sonnet form act as a spur to the imagination: “You always have to be […] reaching for a different image, because you have to rhyme it” (TS Eliot Prize YouTube channel). This is form being used not for its own sake, but to deepen the poem’s content.

In the middle section the focus shifts to Lowe’s own experiences of being a student, and so here there’s a stronger sense of the transformative power of learning. Particularly moving are the two poems for her former CFE teacher John Toolan (the book as a whole is dedicated to his memory), who stood in the classroom

like a doting father, or a bridegroom,
or like God, if God wore Doc Marten shoes
and a silver sleeper in one ear – not the God
you didn’t believe in, but one who believed in you.

(from ‘John I, Pink Hummingbird’)

But the poem that dominates this section is ‘The Stroke’. It’s the book’s only non-sonnet, though as it consists of five pairs of rhymed seven-line stanzas it can be seen as an extension of the sonnet form. The victim of the stroke is Lowe’s mother, herself a teacher for thirty-seven years. The poem is deeply cinematic – introducing characters, moving between locations (and backwards and forwards through time), pulling back to show us the industrial Essex landscape Lowe grew up in, then zooming back in for another close-up. A recurring theme in The Kids is how hard it can be to connect with another, however much we might want to. Lowe, “in the blunt and pissy light / of the payphone on the hill”, is desperately shouting into the receiver at her ill mother. She finally hears her speak:

[…] her voice was formal, small, like she was high-up
in a building with an office at the top
with little windows, in a city she didn’t know,
in a cold blue country a hundred years ago.

This generous and clear-sighted book points to the act of making (in Lowe’s case, making poems) as central to creating meaningful lives

My Rory wants to scoot on his own, dammit,
to soar one-footed down the street – who cares
about red lights or buses or reckless cars?

But although there’s immense joy in many of these poems, there’s also the counterweight of Lowe’s maternal fear (‘Fire Scissors Drowning’), and the ending of Lowe’s relationship with her son’s father. In ‘Anjali Mudra’ – one of the most tender farewells to a lover I’ve read in a very long time – Lowe talks of having wanted to make “a grand and persevering passion”. But this line is immediately followed by the sonnet’s turn:

Today’s our son’s birthday. Soon we’ll live apart,
him half the time with you, and half with me.
What better symbol of a broken heart?

There are also reconnections with ‘the kids’ from the book’s opening section. While ‘Sonnet for Darren’ is both warm and very funny, the former student Lowe sees working in a shop (‘In H&M’) looks “not happy. More scared. I wasn’t very good. / She holds out my shopping bag. I can’t do books.” In ‘Balloons’, Lowe asks

But the kids I taught, who came to me at the edge
of childhood – was it really, then, too late?

In the book’s closing poem, ‘Kathy, Carla’, Lowe is again in the role of teacher (this time of creative writing), while acknowledging that she, like her yoga teacher, will also always be a student. Even if teaching others can often be as disheartening as it’s inspiring, our own learning can be a lifelong process, and this feels, at least in part, an answer to the question “Now what should I do?” that’s raised in ‘The White Dog’. But more broadly, this generous and clear-sighted book points to the act of making (in Lowe’s case, making poems) as central to creating meaningful lives.

Such makings resolve very little; our joys tend to be momentary, while our losses never leave us. “Not another poem about my father,” begins ‘The River’. However, if we’re compelled to “enumerate old themes” (to borrow Yeats’ words from ‘The Circus Animals’ Desertion’), particularly those themes related to family, it feels important to do that with the kind of skill and compassion that’s demonstrated in The Kids. “My parents taught me smoking”, Lowe says at the opening of ‘Players’, whose title (a brand of cigarettes) seems to be making more than a nod to Jaques’ soliloquy in ‘As You Like It’ (“All the world’s a stage, / And all the men and women merely players”). Memory and mortality are intertwined – “They’d pile nine, ten black boxes on the bureau – / small coffins in a stack’ – before Lowe arrives at her conclusion:

[…] It took me years to stop.
Though still some lonely nights I spark one up
and that red light in the darkness leads me back
to where they’re waiting, holding out the pack.

Alan Buckley is the author of two pamphlets, Shiver and The Long Haul, and his first collection Touched (HappenStance Press) was published in 2020. He was a founding editor of ignitionpress, and for many years was a school writer-in-residence for First Story. He works as a psychotherapist for a refugee charity in Oxford. 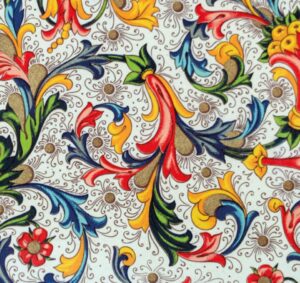