Fanned out across my desk lie Nancy Campbell’s non-fiction prose and poetry publications, arresting covers in cool blues, glaucous, pale green, white, and silver, the colours of sky, water, ice, glaciers. She isn’t afraid of the elements and of grappling with big subjects – a modern Renaissance woman. She has an enviable capacity for combining research with a deep appreciation of communities of different cultures, conveyed in poetic prose and in poetry. She is also a book artist and has a background in letter printing.

I’m used to Campbell’s clear, confident and cohesive style and her solid titles: How to say ‘I love you’ in Greenlandic, Disko Bay, The Library of Ice, Fifty Words for Snow, Navigations, and her latest prose work, Thunderstone. The title of her new pamphlet, Uneasy Pieces, augurs a shift and fragmentation. Both Thunderstone and Uneasy Pieces, written during the pandemic, take a more personal and troubled turn, her life having been profoundly shaken by her partner’s and her own illness (not Covid). While Thunderstone is courageous in content, Uneasy Pieces is a subtle experiment in form.

The pamphlet guides the reader with two epigraphs, placed top-left and bottom-right on the page, leaving white space in-between:

This was love: a string of coincidences that gathered
significance and became miracles.
– Chimamanda Ngozi Adichie

There follow a prelude, twelve numbered pieces – some in several parts – and a coda. They run to half or full page, sometimes more. Campbell refers to them as poems, yet despite their layout and syntax, I hesitate to call them prose poems. The pamphlet title invites a questioning of what these pieces are, not least because there are fourteen of them. Are they a sonnet – implied by the first epigraph – gone wild?

It all looks orderly and meant, yet also slightly daunting, as if I may need to break a code. The use of external and internal marking, the positioning of titles, lack of page numbers – nothing major, but a little distracting. I’m confused by the grouping of some poems. At times I start to feel unsure of where I am in the pamphlet and wonder who is speaking. I trust all of this is intended, or at least let be. I appreciate the light-touch allusions to myth which are nevertheless powerful in opening up meaning. I’m happy to look up a few things. The notes at the end of the pamphlet include a long quote in Latin without translation. I wonder whether I’m not meant to work it out if I don’t know this dead language. This is a clever pamphlet.

Campbell has an enviable capacity for combining research with a deep appreciation of communities of different cultures, conveyed in poetic prose and in poetry

The texts themselves follow Campbell’s lucid style, match rhythms and speeds to content, and often feel a little breathless. Each one compels with its own internal tension and logic. I sometimes want to stop, consider or quibble, yet I’m urged on. Formal devices (assonance, consonance etc.) are rolled out when needed, without effort for the reader.

Campbell’s (customary) exquisite handling of objects is memorable. The ‘prelude: Somnus’ opens with a hospital scene:

This first section continues with an intimate listing of objects associated with Christmas, whispered like a spell to the sick person on the bed. In the next section the poet-speaker travels again – for work, I assume – listing objects seen in passing, and in the third, things starts to unravel as detail upon detail adds to a sense of speeding away and loss of control.

[…] / I have made and missed a hair
appointment / I have kissed strangers thrice on the cheeks
in greeting, once or twice on the lips but my lips are sealed
/  I have climbed to the old tower, I have swum upstream
/ I have sold books in several currencies, and posted them

The first, page-long, numbered poem, ‘i | orchard’, is a stand-out poem for me. It reads like a meditative lament which intensifies as it proceeds, with repeated placement of the word mulberry or mulberries, like inkblots (which we’ll encounter later in the pamphlet).

[…] Consider the mulberries, how they
scatter on the ground with a mess and splatter unlike any
other crop. […]

The echo of the biblical text layers the image – “Consider the lilies, how they grow” (Luke 12.27). (Coincidentally (?) I’m also alert to Iain Chrichton Smith’s novel, Consider the Lilies, about the Highland Clearances, and its self-educated, atheist co-main character). Later, however we have pictured the fruit until then, “there are white mulberries too”. Illness is worked into the poem, with strong images of blood that “blotted and darkened her cortex”.

‘ii | black hole’ boldly sets the image of a ring of fire obtained “from telescopes in eight locations around the world” next to the speaker’s / poet’s circling a new city, with market, cafes, gardens in her increasing orbit, “All the while into black holes furious time rushes, taking with it the clichés , the good efforts.”

In the course of the pamphlet, we meet other artists / scientists / explorers and their writing efforts. Their voices and Campbell’s become overlaid, like superimposed, not fully aligned prints, as themes, preoccupations and life’s travails repeat across centuries. ‘Reading Robert Hass in bed on Sunday morning’ expresses this maybe most fully and lightly, where she appears identifiable as the poet-speaker writing a letter. The ending captures a felt affinity and fellowship while also suggesting a dissolving of identity between writer and Hass.

[…] Now is the hour for the carillon / but I hear nothing.
I pause and listen again: only the touchdown of snow / the
melody a candle trembles as it consumes the cold air / and far
away a writer drawing a breath. //

In many poems I’m struck by Campbell’s avoidance of contractions (see the first quote above), which maybe recalls the style of earlier writers and reminds us that this is writing.

I like the subtle yet fierce humour of some of the pieces. What a find is Anna Maria van Schurman, b.1607, and her bookmark (‘Ribbands and Threds’): “Five ribbons, all joined to a slim bolt of walnut wood which drops over the spine”. She was a master at many arts and crafts, including papercuts, had a command of geography, mathematics and astronomy, and spoke fourteen languages. “The only skill you lacked was the depiction of hands and you always found ways to hide them” nails the irony with a superb observation.

I’m a bit adrift in some pieces. Who is speaking in ‘xi | lights’, which takes us to Iceland (I think) and seems to float unattached, but I’m willing to take the slight foothold provided by the Greek name ‘Lefteris’ (meaning freedom).  Likewise in ‘xii |exchange’, which follows a sort of box within a box narrative structure involving different kinds of lovers; and ‘vii | public holidays’, which teases me a bit too much – the named Tiresias is a nice clue, though. I feel I’m not quite getting the role these poems play, unless I accept a level of abstraction that feels uncomfortable.

I’m rescued by Anna Maria van Schurman’s bookmark ribbons, which “if they direct your reading at all, invite you to travel to and fro many times, sampling favourite passages out of sequence”, and so I arrive at ‘Mise en abyme’: “There could be letters within letters, each of my messages to you folded inside the previous one until the words get so small it would be better to say nothing at all”. Reading the pieces as letters written by one or multiple personas to one or multiple addressees is helpful, even when this takes me into exhausted silence.

On the next page I rest a little with ‘x | sculptures of Ancient Rome’, which I liked a lot in its taut brevity and expression of longing: “How many nights now and my desire is a bronze hare”; it has a liberating ending. I then go back to ‘ix | not golden’ for its tight, unforced sound correspondences and another of Campbell’s choice objects:

The farmer puts the ghost eggs down on the oak table. They roll
towards me. Four cool ceramic ovals. A hole at each end, as if
blown.

// What if the hen knows the trick all along? What
if she has her own reasons to be content to warm beneath her
feathers your cold and hollow shell.

Three poems about ink blots and art are almost absurd and painful in their attention to detail – but who is to say what may turn out to be necessary and valuable in our considerations. We, or some of us, want to know what is accidental and what is intended and we have to put in the work.

The final, tender poem, ‘coda | sleepers’ is a delicate and strong composition, juxtaposing sounds and silence – “scratch scratch” is one of the best phrases in the whole pamphlet as far as I’m concerned.

Uneasy Pieces is emotionally raw and appears written at the end of a tether, while mustering a gentle self / human mockery. The brackets of the prelude and coda hold the reader in the embrace of sleep, wakefulness and love. I’m often moved, intrigued and entertained, by memorable narratives, images and phrases, grateful to hear the writer “munching on sweet muscovado, butter and rye”, which all mitigate the sometimes infuriating clang of da Vinci’s “ringing of bells”. Respect to the writer who persists.

The pamphlet is a concentrated version of Campbell’s writing and poetics which speaks to our tumultuous time of transformation. The endless human endeavour of making sense and finding expression is challenged by the scale of chaos we encounter. She has taken risks and has created a new poetic form that heightens the tensions which bring our worlds to breaking point. I’m not sure that the experiment works all the time, or if I’m just not sure what to make of everything. I sometimes get the sense that groups of poems have been written for different purposes, or that I glean the role of some because I have read Campbell’s Diary-Memoir Thunderstone. Yet slightly against my resistance, I keep returning to more than just my favourite bits and discover more, because this is considered and edgy writing.

[In the original pamphlet, Uneasy Pieces, all the poems are prose poems and the text is left- and right-justified. The difficulty of reproducing fully justified text with consistent line breaks across a number of digital platforms, and our commitment to accessibility and readability, mean we have reproduced them here as ranged left]

Regina Weinert grew up in Hamburg and then lived in Edinburgh for many years. She studied languages and literature, followed by a university career in linguistics, working mostly in Sheffield. Her poems are published in magazines including The North, Pennine Platform, Poetry Salzburg Review, Stand, Under the Radar and Wild Court. 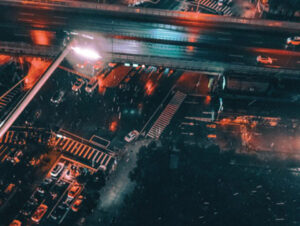