Carl Tomlinson reviews Where the Birds Sing Our Names – An Anthology for Tŷ Hafan (Seren, 2021) edited by Tony Curtis

Tŷ Hafan is a hospice in South Wales which offers palliative care to dying children and support to their families. Professor Tony Curtis was moved to assemble this anthology after attending the funeral of a child who had been supported by Tŷ Hafan. The title refers to the hospice’s commemoration of children in recordings of birdsong, which play both in the grounds of the hospice and in their own home’s garden. In her Foreword, Ilora Finlay notes that the anthology celebrates “the happiest of childhood days”. She also points out that the anthology’s size – it contains nearly 90 pages of poems – “allows the reader to find the few words that say so much”. Many of the contributors will be familiar to regular readers of contemporary poetry, and there’s a sprinkle of stardust from Max Boyce, Rowan Williams, and Marvin Thomson’s 2020 National Poetry Prize winning poem.

All this good intention from editor and contributors deserves a fair wind, but shouldn’t let the book off its own hook. This is not some locally published fundraising recipe book where contributors get to show off their culinary sophistication by giving their twist on a Nigel Slater classic. It’s a thickish collection of poems by serious writers, edited by a professor of poetry and Fellow of the RSL, and published by a proper publisher. The sympathies we have with its charitable purpose don’t give it a free pass. On its own terms it needs to be more than “The sort of book you buy to give away.” (from ‘Charity Shop’ by Grahame Davies). So how does it fare?

Curtis divides the poems into three thematic sections. The first – Wisps of Straw Circling Like Spirits – addresses embryonic and infant life. The book’s opening poem is Jane Clarke’s ‘Lullaby’, which supplies the section title. It shows us the parent’s need to comfort, and the contingency of any small success. Julia Copus’ ‘Egg’ locates us on the “brink of being”. Whilst Zoe Brigley  addresses grief directly in ‘Name Poem’, and Hilary Menos reminds us that “Nobody knows how a story ends” (from ‘White Pebble’), the mood of this section is primarily wonder and delight in new birth. George Szirtes is unequivocal that whatever the world holds ‘New Borns’ would choose to be in it, rather than not. Curtis’ own poem ‘Megan’s First Snow’ closes the section with a celebration of the homemade codes which make happy families (pace Tolstoy) happy in their own way.

In his introduction, Curtis notes that Tŷ Hafan’s standard of care and provision for children and their families “make the unbearable more manageable.” The right words from the right voice can do that too

The book’s middle section – Days of Schooling – reveals the tension between the free-form joy of childhood and the growing realisation that this self-contained world is becoming subject to the timetable of adults. Here, as adult readers, we must navigate between

nostalgia
that draws me back
into the mire, and […] love
that liberates.

(from ‘The Green Woodpecker’ by Jeremy Hooker)

Alice Allen’s ‘Autumn’ clangs the school bell on children revelling in their half-grasped, innocent enjoyment of the changing seasons. In ‘Last Day of School, Capel Celyn, 1963’  by Jonathan Edwards, the security of the village schoolroom is submerged beneath a reservoir. Children become “ashamed” of their parents in Helen Dunmore’s ‘The Duration’, or disappointed by them in Jude Brigley’s ‘Spilt Sugar’.

John Barnie is every parent caught between ‘Standing By’ and intervening as his distraught daughter scolds him for not saving a small bird from a hawk. Images of flight predominate from John Mole’s opening poem, ‘Listen’, to the vision of a world “ready to open” out of a bird’s egg on Bob Walton’s ‘Nature Table’ which rounds off this section.

The closing section, full of complexity and perspective, is perhaps the richest. Death and life intermingle from the off as Tamar Yoseloff’s charity shop ‘Little Black Dress’ (“sole owner deceased”) whirls through parties before clothing its new owner at a funeral. Children and parents age until it’s not clear “who’s / upholding whom” when Dai George is out ‘Shopping with Mum’. The child is mother to the woman in Maggie Harris’ ‘The Gift’. “The space between us broadens” says the section title, taken from Lynne Hjelmgaard’s ‘My Children Walk Ahead’ but we’re bound by other things:

good men and bad men
share the same name, and […] love
however distant along its track,
however brief its glance, can forgive,
wave back.

(from ‘Not Stopping’ by Paul Henry’)

Sheenagh Pugh’s ‘Imperfect Knowledge’ uses the awful tale of the Empress Eirene blinding her son Constantine to remind us that uncontrolled rage and unconditional love can coexist in any parent. Loss looms not only in death, but in dislocation (‘Asylum Seeker’ by Jo Mazelis; ‘Childermas’ by Lawrence Sail).

Some readers may share my view that the hospice movement deserves better government funding and shouldn’t have to rely on charity. That’s no reason not to buy this book, whose poems have something to say to us all, whether or not we’re directly affected by the tragedies it seeks to alleviate

Grief, understandably, can bring a loss of nuance. Speaking nothing but good of the dead does more than erect statues to slavers. It censors and silences the departed, denying them an essential element of their flawed humanity. Which of us was not a little sod at some point in our childhood? Which of our parents didn’t, even if only occasionally, prove Larkin right? Pretending that those we have lost were perfect doesn’t honour them. Abeer Ameer’s ‘Portrait Artist’ balances adoration of the boy

without glossing over teenage wilfulness. Gillian Clarke’s ‘Missing’ and Anna Crowe’s ‘Family Game’ show how love can be unevenly distributed within families.

Reading the book took me back 36 years to the slow death of my 16-year-old brother from cancer. In his introduction, Curtis notes that Tŷ Hafan’s standard of care and provision for children and their families “make the unbearable more manageable.” The right words from the right voice can do that too. The generosity of the contributors, and Curtis’ thoughtful arrangement of their work, give this book its chance to succeed on its own terms. Some copies will end up in charity shops, but I suspect they’ll be well thumbed.

My command of the Welsh language doesn’t extend beyond deciphering bilingual road signs. The absence of remarks on the Welsh language poems in this book stems from that deficiency alone. All the proceeds from the sale of this anthology will be donated to Tŷ Hafan. Some readers may share my view that the hospice movement deserves better government funding and shouldn’t have to rely on charity. That’s no reason not to buy this book, whose poems have something to say to us all, whether or not we’re directly affected by the tragedies it seeks to alleviate.

Carl Tomlinson lives on a smallholding in Oxfordshire. He works as a business coach and virtual finance director. His work been published online, in anthologies, and in Orbis, South, The Hope Valley Journal and The Alchemy Spoon. Carl Tomlinson’s debut pamphlet Changing Places was published in 2021 by Fair Acre Press. 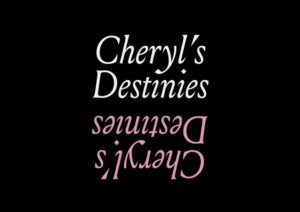