the small manoeuvres is a wonderful debut collection that is sharply observed, acerbically witty but also deeply moving at times, particularly in the tender depictions of friendship and the honest way the poems explore ageing and the sense of time passing.

The first poem is a clever scene-setter for the collection, in terms of both theme and style. ‘Overlooked’ invites us to rummage around the second floor of a record shop. Its opening is engaging, with its second person address, so we feel as if the poet is leading us, step by step, into the poem, and directing our view. The details paint a vivid scene which plays subtly to our emotions: “those niche recordings, zydeco, hi-life / which you might in this empty moment / be revisiting like a lost love or trawling / for novelty to spike your jaded heart”. Well, we have all been there, haven’t we, one way or another?

But this isn’t a poem about a record shop, of course. Pimlott is a master of the engaging digression and her poems are full of unexpected turns. Here, she guides the gaze of that record browser (and us readers) out of the upstairs window and into the kitchen window opposite. I really admire the way Pimlott uses the imperative voice to frame this scene. The description again is wonderfully precise, the detail of those graded sieves, which, with the pans and colander, hang “like a half-curtain”. The poem invites us to imagine what lies beyond:

one ripe banana balanced on a hand
of greener fruits, lending encouragement
by way of ethylene. And look, a woman,
older, white haired is dancing alone
her still-lithe wrists held high and snaky.

Pimlott is playing a neat trick here because, of course, once she’s conjured up this image in our minds, the woman is as real as the pots and pans and record shop memorabilia. But the author hasn’t stopped yet. The final lines of the poem switch this gaze around in a rather disarming fashion. It is this dancing woman, the poet herself we are led to believe, who “instead of ducking quickly out of sight / looks right back, smiling, stares you down”. What, or who, we end up wondering, is the ‘Overlooked’ of the title? The city apartment nestled in among the shops and buildings? Or the older woman? There is something very defiant in that stare. This is a voice that seems intent on marking out its own space, who is now speaking back (not ducking out of sight), daring us to to look, to listen.

The title of this poem alludes to many of the themes that run through this book. On one hand it is a factual description of a City flat – and many of the poems in the book map out the physical environs at the heart of London – exploring what it means to live somewhere that has changed around you. But it also speaks to other ideas: the small things in life it’s easy to miss and not regard properly. These poems never do that. Instead they take a careful and considered look at both places and people, and always find surprising and unexpected things – an intention perhaps summed up in the touching poem ‘Five Unusual Things’.

… sharply observed, acerbically witty but also deeply moving at times, particularly in the tender depictions of friendship and honest way the poems explore the sense of ageing and time passing

Womens’ lives are one of the central themes of this book. There are poems addressed to daughters and mothers, and many that celebrate the quiet joys of female friendship. There are poems that look backwards, towards girlhood and young adulthood, but also explore ageing in a way that is both unsentimental but remarkably affecting.

One thing that struck me reading this book, and then re-reading it (it’s that sort of collection) is the artistry of many of these poems. These are not showy or flouncy poems, and the craft is so deftly done you barely notice it at times. The poems seem to fit their forms perfectly; nothing seems out of place, jarring, or unnecessarily drawing attention to itself. It all reads so effortlessly that you can easily miss what’s going on in a technical sense. ’Pests’ for example – a poem about poisoning mice – is a perfectly crafted sonnet with some brilliantly unobtrusive rhymes that just lurk at the periphery of your senses when reading the poem (perhaps like those mice).

There’s an enjoyable tension too, in many of these poems, between the desire to tell the unvarnished and plain truth and the demands of a poem to shape the material, to allude or elaborate, and move towards revelation and transformation. In the poem ‘The Grand Union Canal Adventure’, for example, Pimlott describes a trip by three longstanding friends, with an interesting image in the opening stanza:

We three old girls, fractured
by the usual losses, aren’t mended
Japanese-style with precious seams
that make each fissure sing,
but rivetted: serviceable, not art

The poet might profess herself to be more rivet than gold, but the poems themselves perform a Kintsugi-like art, taking these nuts and bolts of everyday life, be it Rice Krispie packets, defrosting fridges, Magic Radio, manhole covers or egg sandwiches, and transforming them into something gleaming and precious. This poem itself, which contains the line from which the collection gets its title, performs its own transformation, moving from the industrial canal-scape to a more surprising ‘golden’ vision, which is then nicely undercut by the humorous last line. But this doesn’t detract from its beauty. It just serves to underline the point which I think Pimlott makes in many of these poems: how art and beauty can be found everywhere, provided you are paying proper attention. It strikes me as an almost Romantic view, and I’m not surprised to see both Keats and Byron referenced in the book.

The imagery in ‘The Grand Union Canal Adventure’ is echoed in another poem towards the end of the collection: ‘Downstairs at the LRB bookshop with the older women poets’. Here, older female friendships are again centred. The detail is vivid and the language used is fresh and surprising. I loved the description of these women round a table: “Below, our feet in comfy shoes, above, the ta-ran-ta-ra // of scarves and witty jewellery.” But here again is that association of art with gold. Pimlott says: “We’re here / to hear our poet spin gold”, a beautiful description of the poet Mimi Khalvati, to whom this poem is dedicated.

Pimlott’s voice is amusingly self-deprecating at times, but also celebratory and fully aware of its power. She notes: “Books surround us. Perhaps we’re dry but dry as kindling, / ready to catch light.” These ideas are further explored in ‘What Matters’, one of my favourites of many favourites in this collection. Again this starts with the poet observing what seems like an everyday scene – three women “in rational shoes” sitting opposite her on the tube – before moving towards an ending that invokes music and Mozart. This, Pimlott seems to be saying, is what is art is about, what it’s for – to celebrate the lives we live.

These are poems that lean into language, revel in it

I was struck by Pimlott’s apparently frank observation in this poem “I’ve little passion to speak of, at least not one that burns / so other might catch alight, embrace a glamorous fire / but here I want to praise the quiet joy of old friendships”. I am not sure about that initial assertion; the evidence of these poems is quite the reverse – we have poems bubbling with passion, joy and a playful sense of artfulness, albeit under a veneer of sensible restraint.

Throughout this collection I was struck by Pimlott’s diction, her mix of the plain everyday speech alongside more exacting and unusual words, that bring the reader’s attention up sharp. ‘Calligraphy Blues’ is a splendid example of this. The poet describes wanting to write in a script whose “gestures waft sentiment with the insouciance / of a silk peignoir or the scarf that did for Isadora / redolent of bergamot rather than wet English Setter.” These are poems that lean into language, revel in it. And as well as conjuring vivid images for the readers, this attention to detail at a linguistic level creates words and lines that are wonderful to say and reflect what a good ear Pimlott has for a line.

This collection really showcases Pimlott’s skills, her knack of taking you on the scenic route to the heart of the poem, her formal craft, her conversational tone, her intelligence and wit, and delicious mix of humour and nostalgia. I think the experience of reading this book is best summarised by Pimlott herself, on a night time bus ride across London in ‘Return to the Terminus’. “It’s late, so join me, / grip the pole, lean out into those bright, melancholy lights”.

Emma Simon has published two pamphlets, The Odds (Smith|Doorstop, 2020) and Dragonish (The Emma Press, 2017). The Odds was a winner in The Poetry Business International Pamphlet & Book Competition. Emma has been widely published in magazines and anthologies and has won both the Ver Poets and Prole Laureate prizes. She works in London as a part-time journalist and copywriter and has just completed an MA via the The Poetry School and Newcastle University. 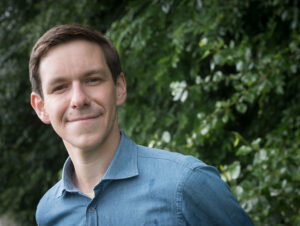