Christopher James has made a special poet’s house paper cut-up: the Kyiv home of Ukrainian poet, Taras Shevchenko, who wrote poetry about the oppression of the Ukrainian people under the Russian Tsar, Nicholas I.

Taras Hryhorovich Shevchenko (1814 – 1861) was the foremost Ukrainian poet, writer and artist of the 19th century, and a founder of modern Ukrainian literature and language. A champion of freedom, he played a leading role in the formation of the Ukrainian national identity and consciousness.

Born a serf, Shevchenko was freed in 1838 while a student at the St. Petersburg Academy of Fine Arts. His early poetry expressed romantic nostalgia for Cossack life but he swiftly developed a more political understanding of Ukrainian history. In early 1847 he took work as a teacher of visual arts at the Kyiv University, where he promoted the independence of Ukraine, wrote poems in the Ukrainian language, and ridiculed members of the Russian Imperial House, including the Tsar’s wife. He was politically convicted, in particular for writing the poems ‘Dream’, ‘Caucasus’, and ‘Epistle’, which protested the oppression of Ukraine by Russia and prophesied a revolution.

He was punished with exile and compulsory military service, first exiled as a private to the Russian military garrison at Orsk, near the Ural Mountains, then assigned to undertake the first Russian naval expedition of the Aral Sea on the ship “Konstantin”. He then spent seven years at the remote fortress of Novopetrovsk at Mangyshlak Peninsula, one of the worst penal settlements in Russia.

In 1857 Shevchenko was allowed to return from exile and in 1858 he eventually returned to first Moscow then St. Petersburg. In 1859 he was allowed to visit Ukraine but was then arrested again and forced to go back to St. Petersburg. Ten years of exile had damaged his health and he died in Saint Petersburg on 10 March 1861, just seven days before the 1861 emancipation of serfs was announced. He was initially buried in St. Petersburg but, fulfilling the wish expressed in his poem ‘Testament’ (‘Zapovit’), to be buried in Ukraine, his remains were later transported to Ukraine and he was buried in his homeland. Here’s his poem ‘Testament’, which feels shockingly relevant today.

When I am dead, bury me
In my beloved Ukraine,
My tomb upon a grave mound high
Amid the spreading plain,
So that the fields, the boundless steppes,
The Dnieper’s plunging shore
My eyes could see, my ears could hear
The mighty river roar.
When from Ukraine the Dnieper bears
Into the deep blue sea
The blood of foes … then will I leave
These hills and fertile fields—
I’ll leave them all and fly away
To the abode of God,
And then I’ll pray …. But until that day
I know nothing of God.
Oh bury me, then rise ye up
And break your heavy chains
And water with the tyrants’ blood
The freedom you have gained.
And in the great new family,
The family of the free,
With softly spoken, kindly word
Remember also me.

Christopher James won the National Poetry Competition in 2008. His collections include The Penguin Diaries (Templar, 2017) and Shadows in the Wood, an illustrated bestiary of Britain’s woodlands, and his new pamphlet, The Storm in the Piano, is just out with Maytree Press. 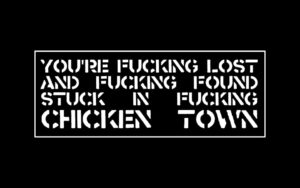 Punk Poetry – bitten the dust or alive and well?

Feature: Hilary Menos looks back at the punk poets of the 1970s and 80s and asks where is the punk spirit today