Hilary Menos reviews Notes on the Sonnets by Luke Kennard (Penned in the Margins, 2021), winner of the 2021 Forward Prize for Best Collection

In Notes on the Sonnets Luke Kennard has written 154 ‘reaction pieces’ to Shakespeare’s 154 sonnets. They are prose poems and they are set in a house party over the course of one night, a house party populated by physicists, a doctor, an economist, an art historian, the crying man, the sad horse and the happy horse, Heart and Eye, and “you”, among others. They are to be seen as improvisations, or annotations, or variations. As with Shakespeare’s Sonnets, the identity of the “you” is not clear – it could be male or female, lover or friend.

There is a degree of chronology to the prose poems; at some point we are told, “… people with a nobler sense of purpose, a more tragic sense of life, have left the party.” Around half way through we are told, “At a certain point a party has run its course and ceases to be impressive”. Later, “Someone is passing around a bottle of black sambuca because it’s that stage of the night” and later still, “it’s been 4am for absolutely hours”. But while there might be a vague chronology, it isn’t bound so tightly that you can’t read them in any order you want, much like the Sonnets themselves.

To what extent are the prose poems rooted in Shakespeare’s sonnets? Some quite closely, both in terms of vocabulary and theme. For example the poem that comes out of Sonnet 44 – “If the dull substance of my flesh were thought,” – turns into a riff on teleportation:

I would also like my skin to be thought, but it isn’t. I have
to carry it places, whereas thoughts have wings. A sub-party
has started in the porch. We all have teleportation fantasies,
but the quantum channel is always destroyed.

A poem written after one of the ‘Procreation Sonnets’ (1-17) also urges the ‘you’ to breed: “All I’m saying is that it’s selfish of you not to have children / because you are so wonderful you’re essentially depriving / future generations of the chance to meet you.” A poem written after one of the ‘Rival Poets’ sonnets (78 – 86) clearly borrows the theme: “There are two poets at the party, both of them are infatuated / with you and both of them are writing poems about you.”

On first reading I read the book from cover to cover without stopping, and not in the way you initially skim read a book to try to get the shape of it into your mind, but because I actually (really!) couldn’t put it down

Some seem to be linked only very tenuously, if at all. In Shakespeare’s Sonnet 40 the speaker expresses resentment of his beloved’s power over him, while Kennard’s response explores petty crimes and white, middle-class privilege. Others are linked by just a word or phrase. Sonnet 63 references “time’s injurious hand“ and Kennard’s response begins,

We are going to kick the living shit out of the Hand of
Time, just mangle that disembodied motherfucker until he
wishes he’d never been reified as a giant hand.

Kennard sometimes makes a joke out of the link – the word ‘palate’ in Sonnet 118 links to “Earlier you told me, ‘I need a pallet cleanser after / talking to you.’ and went to find someone else to talk to”. Ha.

But reading Notes alongside the actual Sonnets in order to spot the links between them isn’t really the point. The point is what Kennard has made out of the challenge – this 200 page book of prose poems with no particular narrative arc, no particular story, and a vast cast of early-twenty first century characters mostly defined by occupation. “Woah, who invited the oncologist.”

First of all, Notes on the Sonnets is much easier to read than you’d expect. And it’s funny. Kennard is an entertainer at heart, if a very well-read and relatively high-brow one. On first reading I read the book from cover to cover without stopping, and not in the way you initially skim read a book to try to get the shape of it into your mind, but because I actually (really!) couldn’t put it down. The prose pieces are often tangential, sometimes stream-of-consciousness, occasionally argumentative. It’s like … well … it’s like being at a house party with a rather drunk, self conscious and slightly insecure but very amusing friend with an inventive mind and a tidy way with words. A few rather passed me by, but most are interesting, entertaining, informative, clever, and some are even laugh-out-loud (from Sonnet 7: “We took too many pointers / from depressed short story writers when really language is / so wonderful I can only celebrate it sub-lingually, I’ll rub / my wings together or something.”) You don’t often get this with a book of poetry.

And it’s knowing, sophisticated, modern. Kennard seems to break the fourth wall, lets us in, invites us to the party, admits things to us, sometimes openly, sometimes tacitly (“God, I’m tired, why’d I even set out to write so many of these things?“). See what he does with one of Shakespeare’s most famous sonnets, Sonnet 18, aka ‘Shall I compare thee to a summer’s day?’:

Chesterfield’s Act of 1750 introduced the Gregorian
calendar, already used by the majority of Europe, to Great
Britain, losing us eleven days. In order for us to get into
sync, 1751 was only 282 days long. Up to that point, the
year began on March 25th, the Feast of the Annunciation.
Lady Day. This is why, to this day, the tax year begins on
April 6th, which, on the Old Style calendar, is March 25th.
That’s wild, right? So the darling buds of May are actually
shaken by the rough winds, in the 16th century, on July
17th, The Day Lady Died, 1959. I don’t know if this is as
important as it feels, but it feels important insofar as we
might compare one another to a necessary adjustment which
has unintended repercussions far beyond the administrative.

He’s also said that he has an interest in collage and in juxtaposing phrases to produce unexpected meanings. To those who argue that all this isn’t much like poetry, Kennard has an answer buried in his response to Sonnet 125.

[…] Oh dwellers on
form. I tuned so far past your frequency I don’t think I’m
ever coming back and I’m happy about it. Stare blankly at
me, I love it. Later when you intercede for my redemption
skip the prayers that rhyme and thereby mean the less, God
hates them anyway.

Traditionally sonnets were written about love. In the Sonnets Shakespeare also writes about beauty, vanity and flattery, the ravages of time (so many references to wrinkles!) and the resultant decay and death, and the need to bear children to attain a sort of immortality, the only other route to immortality being via poetry. Much of this territory is familiar to Kennard, who has said, “sadness and irritation and vanity and doubt. Those are my four great themes.” [1]https://www.thepoetryextension.com/luke/ And Notes on the Sonnets is, to some extent, a critique of Shakespeare’s obsession with the disappearance of outward physical beauty, but it is also a critique of our own obsession with outward show, of the system of rewards, and of what we need to do and be in order to be able to survive in the world.

With Notes on the Sonnets Kennard has hurled part of himself towards us and, if you’re prepared to go long and catch, the result is a splendid ride

Kennard is a kind of Shakespearean fool who speaks truth, about the original sonnets, about class and wealth (“Funny how the latte has become one of the laziest / class signifiers, as if every dead high-street didn’t contain at / least two Costas”) and also – disarmingly – about himself: “And did you get what you wanted / from this life? I did. And what was that? Adoring fans.” While it’s often unwise (though tempting) to conflate a poet with the speaker in their poems, here it feels unavoidable – Kennard’s ambivalence to the requirements of modern society – modern poetry? – for example, is emphatically stated in his response to Sonnet 110,

[…] I wish I
could feel less ambivalent about the whole thing. Doesn’t
everyone? I just want you to respect my jester’s outfit which
I have, after all, altered to look less like a jester’s outfit.”

Notes on the Sonnets is not, you know, standard poetry, it’s not traditional page-a-poem lyrics with stanzas and titles like ‘Pastoral’ or ‘Untitled’ or ‘Autumn’. It’s a different sort of beast altogether. Does Kennard pull it off? Emphatically, yes. In the response to Sonnet 17, he says, “to write is to tell someone to go long and hurl that part of yourself towards them”.  With Notes on the Sonnets Kennard has hurled part of himself towards us and, if you’re prepared to go long and catch, the result is a splendid ride. 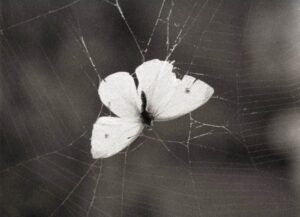