Looking for the ones who will never be found

As I write this, the French emergency services are rescuing and evacuating hundreds of people in the Gard in southern France, just two départements away from us, after heavy rain turned roads and fields into rivers and lakes. This summer parts of Germany, Holland and Belgium suffered catastrophic flash flooding. At the same time, across the other side of the world, floods in Asia left hundreds dead, thousands trapped and more than a million relocated.

Our fossil-fuel driven civilisation is creating a planet where flooding will become ever more common and ever more destructive. Climate change has pushed global mean sea level up by around 15cm since 2000 and experts reckon it will rise another 50cm to 200cm before 2100, more in the case of early-onset Antarctic ice sheet instability. Small island nations such as the Marshall Islands are trying to buy safe land onto which they can move their people. Large coastal cities are considering tidal barriers or sea walls.

In the UK, the Welsh coastal village of Fairbourne, on Barmouth Bay in North Wales, has effectively been earmarked for decommissioning; Gwynedd Council has decided that it cannot not defend Fairbourne from rising sea levels and sometime within the next three decades the whole village — houses, shops, roads, sewers, gas pipes and electricity pylons — will be dismantled, turning the site back into a tidal salt marsh.

The scale and speed of this are new to us, and shocking, but coastal peoples have always grappled with changing sea levels, and have always made myths about lost underwater cities and lands. There is Doggerland, for example, the vast expanse of territory that linked Britain to continental Europe which was submerged following a tsunami 8,000 years ago. There is Dunwich, ‘Britain’s Atlantis’, once a thriving medieval port and on a par with London as the capital of the kingdom of East Anglia, now mostly washed away by storm surges and coastal erosion. And there’s Lyonesse, the Cornish kingdom which stretched from Land’s End to the Isles of Scilly and which, according to legend, was swallowed up by the ocean in a single night. Scientific evidence confirms that a Bronze Age inundation swept the entire west of Cornwall under the sea, with only the Isles of Scilly and St Michael’s Mount left as remnants above the tide level.

In her new collection from Bloodaxe, Penny Shuttle turns the lost land of Lyonesse into our collective sub-conscious, a place which holds grief for many kinds of loss, and an emblem of human frailty in the face of climate change. It is also, specifically, a place for Shuttle to continue to explore her own grief at the loss of her husband, the poet Peter Redgrove, who died in 2003. She says a line came to her while walking in Cornish drizzle — ‘The gownshops of Lyonesse took satin for granted …’ — and the collection sprang from that. The line, like the collection, is all beauty, and part warning, a cautionary tale against taking things — and people — for granted, and also, perhaps, as counsel not to allow grief to engulf you.

In particular, Lyonesse can be read as a prophetic warning to coastal towns like Fairbourne, whose inhabitants might well shudder when they read the poem ‘Palm Sunday’, in which a wave “with a run-up height / of over forty metres” hits the town. “Repair garages sparked like broken wineglasses at a wedding  // The hands of the planet could not lift a finger to help.” This poem is incantatory, like a hymn or a chant, and the words weave their bewitching spell right to the end. “They say the tilt-yards of Lyonesse / took to shamanism / They say a cooked goose was waiting / in every oven […] They say icebergs broke off / the Sulzberger Ice Shelf in Antarctica / All this is true”.

Much of the writing in this fine collection is beautifully turned and deeply moving, particularly in the earlier poems which describe the inundation. In ‘The Gownshops’,

When the weather
forgot its place in Lyonesse,

as the city swam for its life

For Shuttle, the submerged land of Lyonesse is seductive, magical. In ‘Make a Wish’, she says, “here you can have everything / you wish for”. But she understands, too, that there is always a payment or a forfeit to be made when you enter an ‘other’ world. The poem ‘Inscribed on a Stela found on the seabed’ ends “you must forget everything says Lyonesse / everything but / down / here”. And there are dangers in staying too long in this salt-water dimension. In ‘My Friend’ she says,

Like so much in mythology, the other face of seductive beauty is dark and even terrible. In ‘May the Holy Ghost blow your sailboat home’ she describes Lyonesse as “a blind alley where I forget / what hangs my bones together” and in ‘Willow o’ the Wisp’ Lyonesse “undoes the field / like a gate”, and slips in “like fate. The poem ends “Lyonesse / is here / is there // Take care / take care”. Here, Shuttle is a kind of Cassandra figure, warning us against the environmental catastrophe that is quietly creeping up on us.

In the preface to the book Shuttle says, “Lyonesse offered me new ways to write about loss. It became a sub-aquatic rite of passage. I explored the allure of the past, the vanities of the present, the perils of the future. I sought to hold on to the sense that ‘nothing is ever truly lost’. The undersea city gained, in Jung’s phrase, ‘psychic actuality’. Language is a serious and yet playful affair. Visiting Lyonesse can teach us how not to be drowned in melancholy, to take the measure of loss, to manage and learn from inundations of feeling.“

Shuttle has made the journey, has looked loss full in the face, and has brought back something to help us find meaning in life after loss. By digging in to her own pain, Shuttle becomes a prophet for us all

The book actually contains two collections in one, held together by the theme of loss. Where Shuttle dives deep in the first part, Lyonesse, to explore loss and grief, both personal and universal, in the second part, New Lamps for Old, we find her working out how to live in the real world after loss. In the preface to the book she says, “At key moments in this process I came up for air from the watery depths of Lyonesse. I began writing non-Lyonesse poems, to re-tune my senses. The poems in New Lamps for Old — the second part of this book — are an account of finding ways to begin again, to find meaning in life after bereavement. The ‘old lamps’ of a former life have been extinguished, leaving darkness. The challenge is to find ‘new lamps’ to illuminate and give meaning to life. “

It’s not an easy path, but Shuttle walks it with dignity and wisdom, even though some of the poems about the illness, old age and death of Redgrove are wrenchingly sad. In ‘Hell’, she writes about hospital visitors who must return home, “that further circle of hell, / silenced rooms and prayer-less thoughts, / what are we to do there?” She writes about how it is to be a single woman, after being for so long part of a couple; her long poem ‘Swarthmoor Hall, Ulverston’ ends: “as I peer / through branches // to unknown months ahead”. And the title poem of New Lamps For Old offers chilly guidance on how to manage loss:

learn to eat alone
in the cold kitchen

get used to the hard work
of it sang the harp

In New Lamps For Old there are found poems and ekphrastic poems, a poem about Anne Boleyn and a poem about Auden, but the poems that hit home most are these poems about her husband. Shuttle has made the journey, has looked loss full in the face, and has brought back something to help us find meaning in life after loss. By digging in to her own pain, Shuttle becomes a prophet for us all. 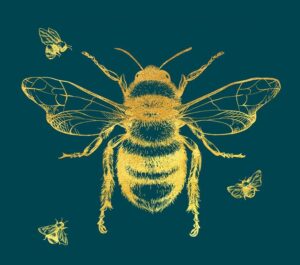