We chose Matthew Stewart’s poem because it handles its subject matter so deftly and beautifully, from the opening image of the storks’ nest balanced precariously on the stadium pylons to the ominous urgency of the last line. Stewart tells the story aslant, building a mood of unease throughout the poem and preparing us for trouble, so by the rapid dash home at the end of the poem we are in no doubt that what has been lost is more than just a football match.

The storks’ nest teeters on floodlight pylons,
bushy hair over thirty-two white eyes
that shine against the darkening skyline.

Just seconds left, the home team’s pressing hard
for a winner. He sits in Fondo Sur,
where he’s always had his season ticket,

and would normally scream at the lino,
the ref or their clumsy centre-forward,
but today the match goes on without him.

Two storks launch, swooping down across the pitch
to hopeful cheers. At the final whistle,
his eyes track their landing back in the nest.

Neither babies nor goals, that’s what they bring.
All of a sudden, he only knows
he’s got to get home to his wife.

Matthew Stewart works in the Spanish wine trade and lives between Extremadura and West Sussex. Following two pamphlets with HappenStancePress, his first full collection, The Knives of Villalejo, was published in 2017. More recent poems have featured in The Spectator, The New European and Wild Court. Matthew Stewart’s blog is Rogue Strands
Share on Twitter Share on Facebook Share on Email 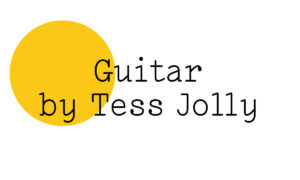