We chose ‘Mirage’ by Jeremy Wikeley to be our Friday Poem this week because it is a rollicking ride, punchy and pacy, evocative of Beat Poetry or perhaps the antics of Hunter S Thompson, but set rather more tidily in the pretty patchwork of the Wiltshire countryside. Wikeley references Larkin’s poem about the environmental decline of England — “And that will be England gone” — and something of the old librarian also haunts this poem. It’s fun, and funny, especially re the confusion of the narrator in the last couple of lines, but Wikeley also has serious intent, and leaves us fully aware of the prioritisation of steel over spiritual matters and of the mess we’ve made.

I’m driving. The devil’s riding shotgun.
Well? He waves out the window. Was it worth it?
Ahead, the A36 piles into Wiltshire
like a needle piercing through a quilt.
The countryside is a knotted rope of cars.
I’m driving. It’s late October. ‘Mirage’
by Fleetwood Mac is playing and I’m
everywhere, in love with everything,
and everything is orange, yellow, green
which is the colour of the trees. Yellow …
I wonder where Salisbury is and the city
appears where the woods drop away
to the plain, which is mainly either fields
or farms or houses, which are really
all the same. Some mess we made.
So, what’s changed? Every complaint
is premature and after the event, why complain?
The landscape shimmers. The cathedral
rises in the distance like a needle
piercing through a quilt. This is it!
This is worth it, this vision of a shining tower
framed by a funnel of trees which only
appears when you drive down the A36
in late October at sixty miles an hour.
The devil grins. He’s laughing. Look again.
It’s a pylon. He’s doubling up. I do, too.
The other spire hovers into view.

Jeremy Wikeley is a freelance writer and editor currently living in Hampshire. His poems, essays and reviews have appeared in publications including New Welsh Review, The North, The Observer and Poetry Birmingham Literary Journal, as well as several Emma Press anthologies. (He also writes short stories). Jeremy Wikeley’s website is here. Jeremy Wikeley’s blog, mostly about poetry, is here. 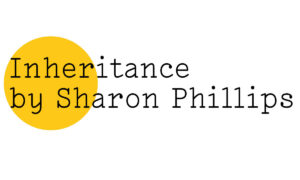