I live in the Tarn, right slap bang in the middle of the historical region of Occitania, an area which roughly encompassed the southern third of France, as well as parts of Spain and Italy. This is where the trobars or troubadours and their female equivalents, the trobairitz – composers and performers of Old Occitan lyric poetry – appeared in the eleventh and twelfth centuries. Some were members of the provincial nobility, some held positions in a lord’s household, or had duties in the clergy or the military. Others were trained musicians or singers who provided entertainment at a court. Thanks to the influence of the troubadours, Occitan spread across Europe, was spoken in European courts and became the literary language of the whole of Europe in the 12th century.

Despite enormous efforts over the centuries by the French state to make standardised French the language of all of France, and despite being classified as ‘severely endangered’ by Unesco, Occitan still does survive. Some of the older people in the Tarn speak it. It survives in music and poetry, and in folktales and old stories. And we all speak a little Occitan, often without knowing it – we play ‘pétanque’, from the Occitan ‘pé tancat’, which means ‘feet together’, and we eat chestnuts, ‘castagne’, from the Occitan “castanha”: chestnut. The village I live near is called Le Verdier, which is Occitan for ‘the orchard’. So I picked up Jongleur, Rennie Parker’s new collection of troubadour poems translated from the Occitan, with interest.

Paraphrased, the first verse says something like “I love the springtime, I love the leaves and the flowers, I love the birds” … so far so Fotherington-Tomas …

The collection opens with a classic by Bertran de Born –  ‘Be.m platz lo gai temps de pascor’  (the title is the first line of the poem, translated here as ‘It pleases me, the merry springtime’). Paraphrased, the first verse says something like “I love the springtime, I love the leaves and the flowers, I love the birds” … so far so Fotherington-Tomas … “and I love seeing cavalry mustering for a campaign.” It goes on to celebrate people fleeing or trapped in ditches, castles under siege, ramparts wrecked and collapsing, dead men with their sides speared. Not so much of the courtly love in this one, then, more death, destruction and the glory of warfare, with a final appeal to Richard the Lionheart to attack: “We have been at peace too long.”

The troubadour Marcabru was caustic and outspoken, famous for his wit, his obscenity and his indictments of nobility. He had a reputation for misogyny due to his portrayal of women, but he treated men as badly, or worse. Parker includes two songs by him in the collection, one which is pretty standard Marcabru fare in which he castigates men for not being wiser.

Young men of handsome appearance
I see them ruined by villainy,
Who go around boasting –
They say, devising a thousand projects
‘We will make them when the weather is fine’
Yet everything remains as bluster and noise.

The other is a very different song in which a minstrel sees the lady he loves crying because the man she loves has gone off to the Crusades with King Louis. It doesn’t fit with Marcabru’s usual tone at all, subverting the classically pastoral opening and allowing the woman, and her grief, to take centre stage. She rejects the minstrel’s advances, refuses to take part in the rituals of courtly love, curses King Louis for organising the Crusades and even resents Jesus for inspiring them, all of which would have been pretty controversial in the twelfth century.

Partial quotes cannot do justice to this verbal onslaught: it is a tour de force

On Esteve de Belmont, who annoys me
Because he is so fat and wobbly
And he pays his servants badly
And he jousts with the son of a sow.

There is no bad thing nor dishonour
In which Esteve is not a factor.

and goes on to call him a traitor, shameless, pig of the pasture, and ugly, in fact so ugly that “When you are being eaten by vultures / They will leave your face alone.” Partial quotes cannot do justice to this verbal onslaught: it is a tour de force, and reminds me of the fabulous poem by Ian Duhig, ‘Margin Prayer from an Ancient Psalter’.

Troubadours wrote, in large part, about chivalry and courtly love, and songs praising their local lord, lady or lover, but in Jongleur Parker includes songs that we might relate to rather more, here and now. In her introduction she writes, “There are more than enough trobar (troubadour) poems describing the springtime and how a poet’s thoughts turn to love. And there are plenty of verses in the repertoire where the poet is discussing ‘proesa’ (prowess) or the ‘pretz’ (worth, worthiness) of a lover or lord. In providing a new selection, I set out with the intention of finding works which brought some context about the period (c.1050–1300), showing something of the expectations placed on poets at the time, or hints from their shared heritage and how it reaches forward to inform poets in later centuries.”

The business of writing praise poems to your employer or his wife certainly doesn’t easily translate to the 21st century, but some of the sentiments expressed in these songs very much do. In ‘Lo segle vei chamjar’  (‘I see the times have changed’) Peire Cardenal moans about how his new appointment is worse than his previous one. When he says, “Look, this is my life. […] I cannot possibly endure it / Under such conditions as these / For I would normally travel by horse / And refuse to wear clothing like this” he’s basically saying his job is shit, he doesn’t get a company car and he can’t afford a decent suit.

As an easy and entertaining way in to troubadour poetry, Jongleur can’t be beat

Recently attention has been paid to the trobairitz, as well as the troubador. In her introduction Parker writes, “Women fared much better than in other countries, with some rights to individual wealth and property. Education was possible, which – together with a room of her own – enabled the trobairitz to achieve recognition as a creator in her own right. Much critical work has been done since the 1980’s to elevate the female repertoire, and it is safe to say that while only a fraction of the work survives, anonymous poems are just as likely to be the work of a trobairitz as a trobar.”

One of the better known trobairitz was Beatriz, Comtessa de Dia. In ‘A chantar m’er de so q’ieu non volria’ (‘I am singing about what I don’t want’), she complains about her man. She walks a fine line between buttering him up – he was probably her patron or benefactor – and being cross with him in order to amuse her audience. She clearly had some leeway here, as she gets pretty sharp:

Why are you being so fierce and vulgar towards me?
I don’t know if it is pride or bad disposition.

But above all I want you to say, messenger
That too much pride is no good for any man.

Na Castelloza walks a similar line in her poem ‘Mout avetz fach long estatge’ (‘You have been so long at my house’). She begins with a pretty damning accusation:

I get no good from you and your fickle heart
You have been too changeable,
And a lover with no honour

but tempers her sharpness at the end:

If you have done any wrong towards me
I pardon it, in good faith
And pray that you will return to me

This poem is also interesting because it shows clearly the social arrangements of the time, and the requirements of courtly love, or ‘fin amor’. Parker writes, “This structured behaviour was a convenient way of handling alternative relationships in a period when people could be married off for reasons of inheritance and power. Sometimes a player in the game of fin amor would achieve his or her objective; more often, pursuit and evasion were the whole point of the exercise, resulting in songs and verses being exchanged and love triangles ennobled through an atmosphere of chivalry and honour. “ In the poem the lines:

All the mistreatment and the shame
Which is my fate with you….and yet
You have pleased my parents
And above all my husband.

are not the sort of thing you read nowadays!

Are these good translations? I don’t know, I don’t speak contemporary Occitan, beyond a few word, let alone medieval Occitan. I know Parker’s translations are readable and seem intelligent. If I have a criticism it is that I would have liked more information on the lives of the individual trobars and trobairitz, their particular concerns, how they each lived and died, and perhaps something on the different styles they wrote in – the trobar leu (light), trobar ric (rich), and trobar clus (closed) – and  the different genres – cansos, tensos and sirventes. But this is a minor quibble; as an easy and entertaining way in to troubadour poetry, Jongleur can’t be beat. 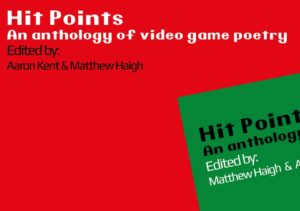 I don’t think Death has used a PlayStation before