I’m enjoying the anonymity while it lasts

The Friday Poem In Conversation with Brian Bilston

“Brian Bilston is a laureate for our fractured times,” says Ian McMillan. “In the future a new word will enter the language: a Bilston, which will denote one of those times in the day when we see the world from a perspective that is strange, wonderful and packed with a kind of gleaming joy.” While little is known of Brian Bilston himself, he has built up a large following of fans through the sharing of his poetry on social media, posting poems like this one:

you took
the last bus home

don’t know how
you got it through the door

Bilston (not his real name) has published two collections of poetry, You Took the Last Bus Home (Unbound, 2016) and Alexa, what is there to know about love? (Picador, 2021), and his novel Diary of a Somebody (Picador, 2019) was shortlisted for the Costa first novel award. He has also published a collection of football poetry, 50 Ways to Score a Goal (Macmillan, 2021), and his poem ‘Refugees’ (Palazzo, 2019) has been made into an illustrated book for children. We asked him how he feels about the constant pressure to publish on social media, what contemporary poetry he likes, and why he’s writing love poems now.

TFP: How did ‘Brian Bilston’ happen? Why did you choose to go incognito?

BB: The whole ‘Brian Bilston’ business still rather bemuses me, if I’m honest; there’s was nothing intentional or planned about it. I’d chosen that name when I joined Twitter, mainly so my friends and work colleagues couldn’t see what I was up to. It gave me the freedom to make bad jokes and write silly poems without encountering real life censure — or indeed, allowing my manager at work to see how long I was spending on social media. It was a long time until I confessed to people in the real world about what I’d been up to.

TFP: You have nearly 92K followers and have been called the Poet Laureate of Twitter. How do you feel about the constant pressure to publish content on social media?

BB: It does feel different now to those early days. One advantage of having next to no followers is that no one reads the things you write, and there’s a freedom that comes with that. I think I’m more circumspect these days and think carefully about what I choose to share on social media, and when. I do feel the pressure of — to use an awful expression — ‘having a platform’. I also feel a responsibility to interact with people who comment on my poems — or offer poems of their own in turn — and that has become increasingly difficult to keep up with. It’s a lovely problem to have, of course, but finding the time can be a challenge.

TFP: Have you experienced any of the downsides of Twitter — trolling, pile-ons — and, if so, how do you deal with it?

BB: Plenty. Generally, I try to ignore it, or diffuse unpleasant comments with humour when there’s an opportunity. If the trolling is political in nature, it’s more easily brushed off. Far more irritating are the pedants or people who offer feedback such as ‘not one of your best’ or ‘here’s a better last line for you …’ . When people respond unkindly to what I write, I try to remind myself that often there’s a whole backstory to why they’ve replied in that way, and my poem may only be part of the reason.

Politics is important to me, and something I find helpful to wrestle with in my writing. I suspect it’s also a form of therapy; a way of venting my anger or discomfort about what I see happening in the world

TFP: Lots of your poems are inspired by current events or something topical — what’s your creative process and how quickly do you usually turn a poem around?

BB: I’m not sure I have a creative process as such – or, at least, I’ve not spent much time in thinking what it might be. But I do get prompts from the world around me, and the advantage of social media is that you can respond in real time to what’s happening. For some topics this does mean that I’ll write a poem quickly — it may be ten minutes or three hours but something I can share that day. Then I post it up and I see the typos and the lines I’d have written differently if I’d allowed myself more time. The other issue with currency is that some of the poems I write can often be out of date almost as soon as I’ve posted them up.

TFP: Many of your more recent poems are pretty political, for example the Trumpton poem, ‘America is a Gun’, ‘Refugees’ — and many are about the current Tory government, such as ‘If (Boris Jonson version)’ and ‘why are you still here, please go away’. Is this because the current government / political situation demands to be written about? Are Tories intrinsically funny or easy to poke fun at?

BB: I don’t think there’s any imperative for poets to write about politics, but politics is important to me, and something I find helpful to wrestle with in my writing. I suspect it’s also a form of therapy; a way of venting my anger or discomfort about what I see happening in the world. If I can find someway of bringing humour to it, even better. And yes, the Tories (and earlier, Trump) are so close to parody themselves that they’re an easy target.

TFP: Are any subjects off limits for you?

TFP: Do you get commissioned to write poetry often? What’s been your favourite commission?

BB: Occasionally but I’m quite picky these days about what to take on – I don’t want to write poems to help strengthen a ‘brand proposition’ or help a company sell more stuff. I wrote a couple of poems for last year’s Independent Bookshop Week, which was a commission close to my heart.

TFP: Is it true that The World Economic Forum offered to make you its poet in residence?

BB: I think I was given that title temporarily a while ago, alongside a commission to write about the changing world of work.

TFP: You have talked about appreciating poems which have that “magical blend of poignancy, humour, and accessibility”. Is this what defines a Brian Bilston poem?

BB: I’m not sure it necessarily defines all my writing but those are qualities I do admire in the work of others. Humour, in particular, has always been very important to me.

Why love poems? It just seemed like the natural next step from writing poems about how to correctly load a dishwasher and the whereabouts of my mobile phone charger

TFP: Do you follow or read contemporary poetry? What do you think of it, and who do you rate?

BB: I do, although perhaps not as much as I should. There’s some brilliant writing out there and I’m aware I’ve only probably come across a fraction of it. Recent collections I’ve enjoyed and admired over the last few years include those by Caroline Bird, Hera Lindsay Bird, Rachel Long, Raymond Antrobus, Victoria Kennefick, Mark Fiddes. And the stalwarts, of course, Roger McGough, Carol Ann Duffy, Simon Armitage, Billy Collins.

TFP: Your most recent book is ‘Alexa, what is there to know about love?’ published last year by Picador. Why love poems?

BB: It just seemed like the natural next step from writing poems about how to correctly load a dishwasher and the whereabouts of my mobile phone charger.

TFP: Do you have any other writing projects in the pipeline?

BB: I’ve written a poem for every day of the year — each one linking in with a significant event which happened, the birth or death of someone notable, or an annual celebration which takes places on that day. I’m hoping to announce details of the book shortly.

TFP: You’ve done some actual in-person gigs to promote ‘Alexa’ in paperback — how do you plan to keep your identity secret after that? Are you ever tempted to “come out”? Can TFP reveal the man behind Brian Bilston?

BB: One corollary of writing books is that I do feel some obligation to go out and promote them from time to time. Fortunately, when I do events, the audiences have always been remarkably discreet. I know I can’t stay hidden away forever, but I’m enjoying the anonymity while it lasts. 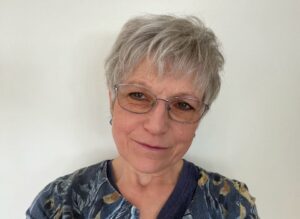