One kid looking on in wonder

To mark the publication of his second full collection, Same Difference, I want to track Ben Wilkinson’s poetic development from his first pamphlet, The Sparks (tall-lighthouse, 2008), through his second pamphlet, For Real (Smith|Doorstop, 2014) and his first full collection, Way More Than Luck (Seren, 2018), before taking a close look at the new book.

The Sparks was Wilkinson’s debut pamphlet. It’s a precocious set of poems, bursting with a young man’s vigour, portraying contemporary urban youth with a smattering of hints at wide reading and multiple influences. These poems are packed with josh and juggle, riff and baseline, revelling in new-found games of language and life, as evidenced by an evident knack for startling images like “the sudden void of shadows” or “the prayer-still street”. One of the main strengths of The Sparks is its evocation of the tension between young individuals and the social and physical hubris that surrounds them, as in this example from ‘The Quiet’:

I was drinking my way through a fifth pint of lager
and sparked up a fag as the tidemarks grew larger,
walked to the bar as the music grew louder

These lines provide an array of artificial, multi-clausal sentences that dazzle us with their linguistic gymnastics, forcing us to pause while we unpick their beautifully tied knots.

The Sparks was Wilkinson’s debut pamphlet. It’s a precocious set of poems, bursting with a young man’s vigour, portraying contemporary urban youth with a smattering of hints at wide reading and multiple influences

The Sparks saw Ben Wilkinson beginning to stake out a poetic territory, both in stylistic and thematic terms. Conor O’Callaghan, a fine poet himself, offers a key insight on the back cover, stating that Wilkinson was beginning “the difficult task of unlearning”. Wilkinson’s next pamphlet, For Real, found him making huge progress down that route.

There’s an argument that while the poems in The Sparks are dashing and clever, playing a role, they are also slightly guarded, dancing round an inner core that never quite dares to open up. However, For Real marked a significant progression, containing several pieces that are remarkably brave and revealing. One such example is ‘Hound’, which later made it into Wilkinson’s first full collection. It surges with the passion that’s required to fight cyclical depression:

[…] its come-and-go presence,
air of self-satisfied deception,
just as the future bursts in on
the present, its big I am, and that
sulking hound goes to ground again.

This is poetry that bares its heart, not for the sake of confession or self-gratification, but for transforming qualities that are capable of moving its reader. As such, it demonstrates Wilkinson’s gradual eschewing of artifice and fireworks, alongside a growing confidence in his skill that enables him to look his readers in the eye. Moreover, in hindsight, it’s possible to venture that For Real foretells the explicit social and political concerns of Way More Than Luck. For Real makes a first, aslant approach to these issues, and Way More Than Luck develops a more clearcut connection between the individual and society.

One such example is how Wilkinson portrays football, mapping wider social history via the histories of countless families and lives, all filtered through a personal perspective. ‘This is Anfield’ invokes and evokes a child’s first visit to Liverpool F.C.:

[…] I still remember it like that: the luminous pitch,
echo of the terraces, players floodlit
beneath an October sky. An ordinary game,
solid win, save for one kid looking on in wonder.

The above stanza, which brings the poem to a close, is an illustration of Wilkinson’s deft use of line endings and sentence structures, first panning out across the stadium before homing in on the eyes of “one kid”. At this point, the reader is reminded that the scene forms part of an individual’s story. The sentence structures are clear, syntax working for the sake of semantics, in contrast to many of the poems that appeared in The Sparks, for instance.

As Way More Than Luck advances, there are more poems with clear political overtones, such as ‘Building a Brighter, More Secure Future’, or pieces that set out to describe a set of physical surroundings with socially-laden connotations, as in ‘Byroads’, which mentions “hanging baskets … the pub’s carpark … the village shop … the borderline / where post boxes change from red to green … hillside housing estates …”.

However, once again, the most affecting poems, those with most powerful societal ramifications, are personal in their point of departure. ‘The Argument’ provides us with an excellent example. Its final stanza reads:

[…] And it isn’t that they won’t come through this, but what
the house alone, insidious, is able to articulate. Half-empty
cups on a table. A dust-thick windowsill. A washer spinning
through its final cycle, like a HGV thundering downhill.

The poem deals with a couple’s argument. The roles of the man and woman are clearly no longer those that traditional society assigned, while this final stanza also undermines itself on purpose. It starts by stating that only the house itself can find the right words, but ends by reaching out beyond the humdrum washer (who put it on?!) to an external and extremely contemporary element, the HGV. The choice of simile is shocking and mirrors a “thundering” threat. Wilkinson retains his linguistic vim but has learned to use it more sparingly and to maximum effect.

In Same Difference Wilkinson builds on the qualities of his previous books. And the passing of time has had powerful effects on his poetry. There’s a thematic impact as he grows older and focuses more on the nature of memory, worrying away at the tension that exists between the onward flow of time versus the significance of specific moments within that flow. Several poems present narratives (especially of relationships) via a series of snapshots, as in ‘What We Were’:

[…] Here’s us taking a bath together, the lather
in your hair like good ice cream. Here’s the memory
of us seeing curlews over the far fields …

Within the context of these portrayals, the ending of ‘This Year’ takes on additional importance:

[…] a reminder that what’s done is done,
and of dark-bright moments still to come.

These lines display another of Wilkinson’s qualities – his growing feel for the natural cadences of a sentence and his ability to use everyday language combined with striking imagery. And then there are the implicit and explicit allusions invoking influences as disparate as Larkin and Verlaine and on occasion even making clear references to the artifice of creating a poem.

Same Difference sees Wilkinson concluding a process that began with The Sparks, resolving the co-existence of accessibility and erudition in his poetry, and employing a coherent and cogent method that combines allusion and directness of speech. By resolving these potential clashes and making them work in synch he’s already generated an approach that’s highly unusual in the context of contemporary UK poetry. The question now is where his poetry will take him next. Whatever direction Ben Wilkinson chooses, it’ll be well worth accompanying him on his journey.

Matthew Stewart works in the Spanish wine trade and lives between Extremadura and West Sussex. Following two pamphlets with HappenStance Press, his first full collection, The Knives of Villalejo, was published in 2017. More recent poems have featured in The Spectator, The New European and Wild Court. Read Matthew Stewart’s blog Rogue Strands here. 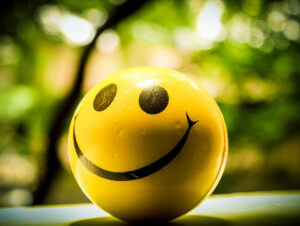