Following on from Steven Lovatt’s evisceration of ‘heft’ and Chris Edgoose’s denunciation of ‘palimpsest’, Jane Routh takes on ‘hunker’ in another in our series of over-used words in poetry

To travel west from here I have to cross the Lune. If I use winding local roads, Loyne Bridge is the nearest crossing, an elegant seventeenth century single-lane sweep of stone across four arches with refuges above its central cutwaters. It had replaced a medieval bridge, which in turn had replaced a ford. Once, it must have been a busy route: the ridge along the eastern bank is topped with a defensive motte and bailey. And at the edge of the bailey is a WWII pill box.

This is what I see every time I come across the word hunker in a poem: I immediately visualise someone crouched down inside that bunker above Loyne Bridge because the sounds (and activities) of those two words correspond so closely. It’s an unfortunate image since so many poetic hunkers happen in landscapes that aren’t in any way improved by images of Second World War slabs of concrete. But hunker’s what you do inside a bunker.

And hunkering happens far more often than is called for. Have you noticed that no one crouches these days? No one squats either, let alone hunches or stoops. Even children in their dens – surely places you should be able to rely on to hand on age-old traditions in whispered secrets – no longer huddle. No: hunker is the go-to word these days. Whether they kneel, perch, sit on their heels, sit cross-legged, recline or simply sprawl, poets hunker. We all now do that manly thing.

Hunker is the go-to word these days

‘Manly’? First cousin to hunk, it’s a word which steps forward flexing its muscles, drawing attention to itself, declaiming itself to be strong, outdoorsy, determined, in charge. Its elbows stick out. It’s not a word that’s at all keen to fit in unobtrusively or help others along. It shouts about wanting to do more than “squat so the haunches nearly touch the heels” as the Shorter Oxford has it.

Resolving never to use the h-word myself put me in a tidy spot a couple of months ago while writing about an early memory of being with a group of men with shot guns who xxxxxxed down in a ditch, waiting for ducks to fly over as the light faded. As it happens, the bunker association would probably have fitted fine into that context. Such is my dislike of the h-word, I stuck to my prejudice and had the men settle themselves quietly into that ditch.

I’m attributing my dislike of hunker to its sounding like bunker but as I wade through the 732 pages of Don Paterson’s The Poem, I find I should have said that it is a phonestheme, which he defines as “a point of sound-sense coincidence” – that is, the very sound of the word itself carries a meaning.  And “unk” words happen to be one of Don Paterson’s examples. All of them, he says, have “a sunken, heavy, concave ‘feel’ to them, even though most are etymologically unrelated”. (Let’s add in sunk, funk, junk, puncture, dunk and so on, and you’ll get the picture.) This is definitely not a feel-good word, either.

I’m attributing my dislike of hunker to its sounding like bunker but as I wade through the 732 pages of Don Paterson’s The Poem, I find I should have said that it is a phonestheme, which he defines as “a point of sound-sense coincidence”

But in addition to people who xxxxxx in poems, I’ve also read poems in which grape vines do it. And in which wolves do it. Donald Hall even has houses do it (though maybe he gets away with the surprise of that). And as for Seamus Heaney – what about “all those // Hunkerings” in ‘Squarings’, or “the women after dark / hunkering there a moment before bedtime” in ‘Keeping Going’ , or “A lust that’s bred during the squawked attack / Freezes the eyes, contorts the bawling mouth // Of every sporty punter hunkered there”  in his poem ‘On Hogarth’s engraving, “Pit Tickets for the Royal Sport” ’.

Though there is one I can take – perhaps because in his poem ‘In Memorium Francis Ledwidge’ my bunker image fits or, more likely, because the word is so powerfully disrupted both by the adjective that precedes it and by the noun it qualifies:

The bronze soldier hitches a bronze cape
That crumples stiffly in imagined wind
No matter how the real winds buff and sweep
His sudden hunkering run, forever craned

Do you have a pet hate, a word that has you reaching for the red pen, a word that you think should be placed under a five year moratorium and barred from all use in poems for that period? Send your 500 words denunciation to us at editor@thefridaypoem and if you make us smile wryly and nod with recognition we will publish it.

Photo by Mathias Reding on Unsplash 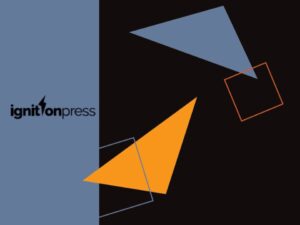 My general approach is to question the norm

In Conversation: The Friday Poem talks to Les Robinson, Managing Editor of Ignition Press and founder and Director of Tall-Lighthouse