Hooks and Visions: Sylvia Plath and Me

Poet Sarah Corbett takes a break from her role as producer and director of the Sylvia Plath Literary Festival to talk about her deep connection with Plath, the visionary qualities that first drew her to Plath’s work, and how she claims Plath as both muse and literary mother

Amidst the relentless work for the Sylvia Plath Literary Festival, it can be difficult to remember why and where it all started, why and how Sylvia Plath became so important to me. The image that comes most readily to mind, as I sit in my garden and take a welcome break from festival emails, is of the day, almost thirty years ago, when I woke from a lucid dream. A figure I took to be my mother as a young woman, climbed through my bedroom window and ‘gave’ me a poem. The poem I wrote out of this vision starts, “I’m full of holes she said / I could see right through her. / The holes were like finger holds. / I hooked her around my finger.” [1]Corbett, Sarah, ‘The Visit’, The Red Wardrobe, Seren, 1998, pg 26

My mother, who had left when I was four years old, was the muse for my first collection, but in many ways, so was Sylvia Plath. Those ‘hooks’ and ‘holes’ are as much echoes of my obsessive reading of Plath as they are of my own emerging voice, and my own mother-less psyche. That I “hook” my mysterious visitor “around my finger” seems significant as I read it now, and expresses not only a child attempting to hold onto a lost mother, but a young writer hooking onto a major literary figure, and a visionary influence.

The poem goes on to use images of capture (“she had bruises on her wrists / as if a dog had closed its kind teeth around them”) and of gestation (“her popped button belly”), which all now suggest to me, at a distance of many years, that this is a poem as much about writing poetry as it is a wish for my mother to return — the finger as it holds the pen, as it writes, types, ‘hooking’ the vision of the poem to the speaker.

My mother, who had left when I was four years old, was the muse for my first collection, but in many ways, so was Sylvia Plath

I have in recent years made contact with my mother, so in a literal sense, this ‘return’ is complete. That I might, as many women writers might and do, claim Sylvia Plath as a literary mother, closes the circle. The woman who climbs through my window in the vision is both Plath, my mother, and my writing self as it reaches for maturity, ‘hooking’ poetry to me.

In Plath, these ‘hooks’ are ambivalent objects, often frightening, full of the threat of capture, or witchily ambivalent, as those barbs in ‘Ariel’ starting from the hedge and carrying, “sweet blood mouthfuls” [2]Plath, Sylvia, ‘Ariel’, Ariel, Faber and Faber, 1965 or the ‘hooks’ of family photographs in ‘Tulips’ that elicit an emotional pull even as they threaten to restrict. It is impossible also not to think of the kind of hooks that might hang meat in a butcher’s shop — objects to be avoided, that might snag and ensnare us.

A more recent poem, from my 2018 collection, A Perfect Mirror, imagines Plath in the writer’s residency at Yaddo, USA, “where you wrote / your poems / of worms and / witchery, hooked into voice / like / difficult corsetry.” [3]Corbett, Sarah, ‘Sylvia Plath’s Dust’, A Perfect Mirror, Pavilion Poetry, 2018, pg. 46 Plath spent an important three months at Yaddo in the autumn of 1959, and wrote her sequence ‘Poem for a Birthday’, often seen as a major creative breakthrough. I was lucky enough to be in residence at Yaddo in the summer of 2005. Hooks are difficult to avoid, difficult to unhook from, and of course, we are hooked when we are captured by a piece of writing, by a writer, a loved one; hooks bind and connect, we are connected.

This deep connection with Plath has been sustained in part by the move with my young son in 2001 to Hebden Bridge in West Yorkshire; from my bedroom window I can see the church in Heptonstall where Sylvia Plath is buried. My writing career took flight from a week spent in the summer of 1996 at Lumb Bank writer’s centre in Heptonstall, founded by Ted Hughes and now run by the Arvon Foundation. The Calder Valley is a place that continued to pull me back, until I was ‘captured’ here in the early two thousands.

Like Plath’s response to the landscape she knew from her visits to Hughes’ parent’s house in Heptonstall in the 1950s and early 1960s, my relationship with the West Yorkshire landscape of Hughes and Brontë is an ambivalent one. It is a place where, as Plath writes in her poem ‘November Graveyard’, visions are “dazzling on the wind”, and “lost ghosts flare / Damned, howling [ … ] across the moor”. [4]Plath, Sylvia, ‘November Graveyard’, Collected Poems, Faber and Faber, 1981, pg 56 It’s a place where I locate my poetry of landscape, nature and magic, since my third collection in 2008, where a vision of my father, who died in 1998, is described in the poem ‘Birthday’:

My arms open for the lift
and I’m almost into the air,
not some kind of shifting
or even the memory of a dream,
but my full, bone-heavy form
briefly allowed a miracle.

It was the visionary qualities of Plath’s poetry that first drew me in to her work, from the voice of the elm tree in ‘Elm’ tapping the roots of a disturbed subconscious, the violence of the dark; edges we step off from precipitously; to the mirror-world of self and other, of dreams and magic, of multiple realities. In one of Plath’s last poems, ‘Mystic,’ [6]Plath, Sylvia, ‘Mystic’, Collected Poems, Faber and Faber, 1981, pg. 268 the air is “a mill of hooks” as if something remarkable or terrifying is about to become manifest. For me, this is also an description of the moment-before-making when poetry comes into being, the writer a medium open to the vision, about to be hooked, or to hook a poem, a “kiss” or a “sting” from “black air’ that is also a “womb”. [7]Ibid.

After Sylvia: Poems and Essays in Celebration of Sylvia Plath edited by Sarah Corbett and Ian Humphreys will be published by Nine Arches Press in October 2022 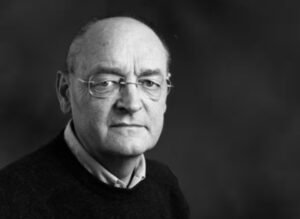