In the Light of Rocket Flares

Its opening lines could hardly be more strange:

Blackening three months
between the trenches, the dead
have lost all their hair.

At once shocking and matter-of-fact, this is the first of the hundred tiny poems in One Hundred Visions of War. As a contemporary’s account of the Great War, these spare descriptions peel away the veneer of Romanticism that clings to the poems of World War I that are best known to readers of English poetry, reinforced not long ago by centennial movies and documentaries. There’s no hint here of the poppy fields of Flanders as painted by John McCrae, or of Rupert Brooke’s “corner of a foreign field / That is forever England.” Not even the anger of Wilfred Owen and Siegfried Sassoon is as stark as these small poems, Julien Vocance’s hundred imagistic flashes of the daily reality of a specific war, the war that – in Wendell Berry’s phrase – “the machines won.”

Dana Gioia’s preface to Alfred Nicol’s translation explains the particular darkness in French poets’ reactions to the war’s trauma. “No nation,” he points out, “suffered more casualties or physical destruction in the Great War than France, which was the scene of the largest and most sustained fighting. … Post-war France was a nation full of the blind, the crippled, the scarred, and the shell-shocked.” The response of artists, blasted out of old ways of reacting, was Modernism, and an outpouring of works in French that remain mostly unfamiliar to English readers. Gioia provides a brief and helpful overview of that outpouring with a look at works from three French writers – Charles Peguy, the formal traditionalist;  Ferdinand Céline, the nihilist; and Guillaume Apollinaire, the violent Futurist – in order to set off against them the less-known power of Julien Vocance.

Not even the anger of Wilfred Owen and Siegfried Sassoon is as stark as these small poems, Julien Vocance’s hundred imagistic flashes of the daily reality of a specific war

‘Julien Vocance’ is the pen name of Joseph Seguin (1878-1954), a poet who lost an eye at the battle of Champagne. He published his Cent Visions de Guerre first in 1916 in the journal La Grande Revue and later in his book Le livre des hai-kai. Avoiding traditional meter, he chose for his visions the Japanese haiku, a form then quite new to the West, having been introduced there only in 1904. Vocance’s use of the haiku becomes part of the emerging story of Imagism. His way of using the form breaks with its tradition as lyric and nature-centered, instead training a lens on single-flash images of war, on the battlefield and off. It’s that pairing – remembered beauty, present horror – that gives the work its particular tension.

The flesh convulses
sensing the hurtling grapeshot
about to enter.

The tool Alfred Nicol uses, in his faithful and forceful translation, to convey that tension is the syllable-counted 5-7-5 pattern. This is the pattern that strict haiku practitioners might tell you is “not real haiku,” but it’s the one that most English readers will recognize and give that name to. Control and constraint like this are, for Nicol, techniques of creative freedom. His own poems, recipients of many distinctions, are almost exclusively metrical, quite often rhymed and in received forms. He knows how to package contents under pressure.

Read one by one, Vocance’s high-pressure poems have no narrative arc; they simply present, like a pile of daguerrotypes, still after isolated still. Some images are horrific, some full of painful dailiness. Sometimes one poem does connect to the next:

Lark, that song of yours
is obscene! But no, it’s just
Nature’s indifference.

Smelly old field mice,
at least you don’t sing. We share
one bowl, one shelter.

Most often, each image is entirely its own, though they operate by accumulation:

The advance lookout
trips on a gangrenous corpse,
beats a quick retreat.

Pure snapshots, the poems leave conclusion and judgment to the reader – with rare exceptions, one of them on the last page:

The separateness of each flash is emphasized by the book’s layout: one haiku – a single three-line poem – per small-format page, the long white space standing in for the suffering mind’s blank solitude and silence. That this effect is real is something the reader can test by looking at the original French, easily searchable online, which presents the texts as though they were one long poem. The translation’s generous design, with its flashes and pauses, almost seems truer to Vocance’s intent than are his words by themselves.

Another virtue of the book’s design is the simple black-on-white cover art, adapted from an image in Hokusai’s woodcut series, “One Hundred Views of Mount Fuji.” It’s a choice that underlines the Japanese connection inherent in Vocance’s “hundred visions” title. The full image is reproduced inside the book: not the over-familiar “Great Wave,” in which human beings nearly disappear, but a flash-capture of an explosion, its destructive force, and the men cowering before it. The cover image isolates the men: the suffering human beings.

In a year when every morning’s coffee is accompanied by news of war’s destruction … reading Julien Vocance’s sobering little poems, ably translated in this little book, is almost a moral obligation

I have thought hard about the absence of facing-page originals in this book. Is it important that we are not seeing the French, not judging the translator’s choices? In the end, I’ve decided that the absence of the originals is a plus. For those who want to compare, the originals are easily accessed online; their absence from the book removes the temptation of back-and-forth evaluation. It allows the reader to be undistracted from the individual force of each three-line-poem and from their cumulative power.

In a year when every morning’s coffee is accompanied by news of war’s destruction – in Ukraine, in Ethiopia, probably in yet another place by the time you read this – reading Julien Vocance’s sobering little poems, ably translated in this little book, is almost a moral obligation.

Maryann Corbett is the author of five books of poems, most recently In Code from Able Muse Press. Her work has appeared in journals like 32 Poems, Ecotone, Literary Imagination, Rattle, PN Review, and The Dark Horse, and in anthologies like Measure for Measure: An Anthology of Poetic Meters and Best American Poetry 2018. She is a past winner of the Richard Wilbur Award and the Willis Barnstone Translation Prize. 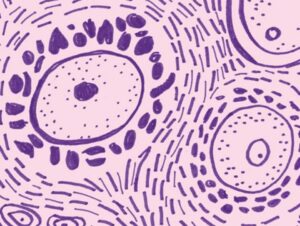 The year I was lost in the core of a star