We chose ‘Everything You Always Wanted To Know’ by Mark Granier to be our Friday Poem this week because it manages to be sexy and joyful and poignant all at once. The writing is arresting and assured, from the initial shocking possibility of finding the real Burt Reynolds in your mother’s bed through to that freighted and chilly hot water bottle. It’s a sonnet of sorts, broken into couplets but with the sonnet-y feel of a captured moment leading to new insight. It celebrates sensuality and resistance and empowerment, and we like it a lot.

Everything You Always Wanted To Know

At 15, I found Burt Reynolds in my mother’s bed,
stowed under her pillow in a Cosmo centrefold.

Impossibly hairy, recumbent on a bearskin rug,
a chewed cigarillo between his lips —

He was grinning, happy to be discovered,
even as I slid him back

where I’d found him; like the miraculous medal
she’d hidden under my mattress,

like the legion of things that would never
be spoken; and what remains unsaid

about the convent girl who’d strayed
enough to give birth to two children; how she found

ways to widen a single bed, and kick
her cold, Catholic hot water bottle onto the floor.

Mark Granier is an Irish poet and photographer / filmmaker. His poems have been broadcast on RTE and have appeared in many outlets in Ireland and the UK over the years, including The New Statesman, The TLS, Poetry Review and Carol Ann Duffy’s ‘Write Where We Are NOW’ pandemic project / archive. His fifth collection, Ghostlight: New & Selected Poems, was published by Salmon Poetry in 2017. 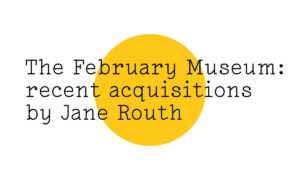