We chose ‘How It Began’ by Charlotte Muse as our Friday Poem this week because in 23 lines it manages to describe, warn of, and mourn what might happen — is happening, perhaps has happened — in parts of the world now. Muse’s control of tone is masterful: the language is plain and simple, almost as if spoken by a child, but there is a terrible, chilling inevitability to the unfolding events. It’s resonant, political, powerful. And of course it’s fish.

The barrel maker gathered up all his wooden soldiers.
One by one he set them where he wanted them.
I am making one of the wonders of the world! he announced.
You will see! And he made a show of planing wood.

“But why make a barrel so large?” people said.
“It’s like a fence around that entire country!
And those staves look like soldiers!”

I used wooden soldiers to make it, the barrel maker said.
What need do I have for toys?

“Please don’t do this!” cried the President of the encircled country.

It’s only a barrel, said the barrel maker, humming.
He began to assemble metal for the hoops.

“You’re putting us all in danger!”

Only a barrel, said the barrel maker. No danger.
I brought in a few helpers, that’s all.
They’ll be gone soon.

Then came the metal, wheeled in on trucks, flown in on planes,
to hold the staves together in great hoops.

After that, fire to proof the barrel.
No one could say it was not real fire,
more than enough to ensure the barrel was tight enough to hold …
What would it hold?

Charlotte Muse lives, teaches and writes in Menlo Park. Her awards include the Allen Ginsberg Award, the Elinor Benedict Poetry Prize, and the Yeats Society of New York’s Poetry Prize, among others. She’s published four chapbooks, including A Story Also Grows (a Main Street Rag Editor’s Selection, 2010) which was made into a letterpress edition by the Chester Creek Press and chosen for the Smithsonian, Library of Congress, Brown University, and U.C. Santa Cruz rare book collections. Her new book of selected poems, In Which I Forgive the River (Broadstone Books, 2021) is her first full length collection. 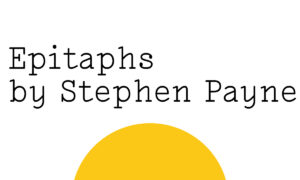