We chose ‘Erasures’ by Maryann Corbett to be our Friday Poem this week because it’s such a beautiful story — whether it’s true or not — and beautifully told, with a lovely little kicker at the end. Corbett uses delightfully precise and evocative detail — the beast-mark, the ribbon markers, the Palmer-method script — and leaves us mourning not only the little poetry books and their long-forgotten authors but all endeavours which cost so many “blood-sweated hours” and are rewarded with indifference in the long run. It’s a joy of a poem and we like it a lot.

for C. D., whose story this is

It was, he first explains, a summer job.
The sort you ordinarily forget —
work-study, during graduate school. His task
was hauling the condemned away for burning
or rending limb from limb. Not people, no,
but books. All in a library’s regular round
of maintenance. Somebody marks the doomed
(I know, because I’ve done this part myself)
with the beast-mark, and someone culls the bodies,
and someone shoves the dead-cart. And perhaps
he did all three; I’m reconstructing here.

What he remembers is the poetry.
The graceful little books, a hundred-some
years old, the 1890-to-1920
range. Some leather-bound, some with gilt edges.
Elaborate end-papers, ribbon markers,
physical richness no one pays for now.
And all the circulation paraphernalia
that he and I are old enough to remember:
pockets fashioned of stiff, cream-colored stock
to hold the little oblong cards, ruled neatly
with blue lines where a borrower would sign —
always in ink, never to be erased,
often in flawless Palmer-method script —
and a red vertical fencing off the spot
where some librarian hand would fix a due date
(24 August 1912 was one)
and echo it on a tipped-in paper slip
(sometimes, he mentions, ritually ornate)
glued to the inside back. He eyeballed those
in his odd moments, slouching beside trollies
that groaned (his wording) with the books’ dead weight,
painfully conscious of the hundred million
blood-sweated hours it cost to write those poems,
create those books, and keep those careful records,
and of his guilt, obliterating them.

Scanning the cards and date slips, he considered:
Sometimes a given book had four or five
names, neatly penned in its first year of life,
a flush of bright attention. And then nothing.
Mostly just one — a friend? a family member?
One name. There followed decades of no interest,
he writes forlornly. That this ate at him
is clear from what he then says: not a soul
enjoyed some rediscovery later on,
as far as he could tell, when he dug further
into the poets’ names, their utter absence
from any sort of critical remembering
the very definition of oblivion.
Erasing them was not what he was doing —
not he, nor shredders, nor incineration.
Indifference had erased them.

Whether he kept
the job a second summer is not clear.
He writes only that he continued working
on his degree program: an MFA —
you knew it would be this — in poetry.

Maryann Corbett is the author of five books of poems, most recently In Code from Able Muse Press. Her work has appeared in journals like 32 Poems, Ecotone, Literary Imagination, Rattle, PN Review, and The Dark Horse, and in anthologies like Measure for Measure: An Anthology of Poetic Meters and Best American Poetry 2018. She is a past winner of the Richard Wilbur Award and the Willis Barnstone Translation Prize. 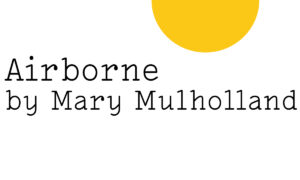