Do poets need their own union?

Yes, it’s kind of a daft idea. Unions are voluntary associations formed to improve the negotiating leverage of their members through collective bargaining. Getting poets to agree on anything is a bit like like herding kittens. And what leverage do a bunch of poets have, even if they can agree on what to agitate for? What power do we have, as poets, individually or collectively?

Re 1. — Are we scared to call certain magazines out, because we are afraid they won’t publish us?

Re 2. — A boycott of a magazine or publisher might not do much — some editors might actually prefer to receive fewer submissions. But the bad publicity of such a boycott might have some impact.

We’ve already written here about rejection letters, publishers and magazines who keep your work for ages, reply rudely or sometimes don’t even give you the courtesy of a reply at all.

What else matters to poets?  Money? Much of the poetry world is predicated on working for nothing (The Friday Poem is no exception). That’s going to hurt anyone who can’t afford to work for free.

What about the growing number of poetry magazines that don’t accept work from people who live outside the UK? What does this say about the British poetry community’s commitment to diversity, to breaking down borders and to working with other cultures and languages? Shouldn’t this be encouraged, not blackballed?

There are a few organisations that advocate for writers and may be of some interest to TFP readers. The Writers’ Guild of Great Britain (WGGB) is a trade union representing professional writers in TV, film, theatre, radio, books, comedy, poetry, animation and video games. They have been negotiating better pay and working conditions for writers since 1959. The Writers’ Guild of Great Britain website is here.

The Authors’ Licensing and Collecting Society (ALCS) is the British rights management society for all writers. Membership costs £5 and you have to register (not join) to receive payments. The Society collects and distributes fees for writers whose work has been copied, broadcast or recorded, and offers a guide to copyright. The ALCS website is here.

But the first two of these are professional organisations which represent professional writers, and as such don’t really represent most poets. What do you think a Poet’s Union should agitate for, or against? Email us here. 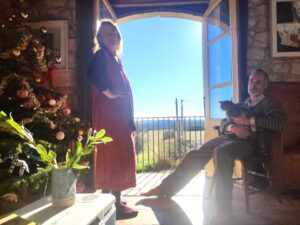 Don’t be a bitch, don’t be a pushover

Editorial — Don't be a bitch, don't be a pushover