We chose ‘Domestic Economy Reader for Irish Schools’ by John Mee as our Friday Poem this week because Mee achieves so much with his found / collaged treatment of the book Domestic Economy Reader for Irish Schools: How Mary Fitzgerald Learned Housekeeping by Charlotte O’Conor Eccles. The book was written at a time when the Irish Government was trying to encourage women to take more pride in domestic housework, and this didactic fictional narrative was specifically targeted at mothers who were helping their daughters to acquire housekeeping skills — cooking, cleaning, nursing — on limited means. The book is freighted with particular values; every sentence of the poem expands our understanding of the expectations and demands made on women in Ireland at the time. Mee’s great achievement is to construct for us, through this composed layering, a real person out of the fictional Mary Fitzgerald. There’s much to appreciate in this poem — bravo!

THE FIRST SCHOOL OF CHARACTER
The most delightful task that can be undertaken by a girl
is to make the home happy. A shovel may be heated red hot
and held over the pie dish. Why not use heather instead of straw?
We should pity the poor, pale children
whose parents give them tea, white bread, and potatoes.
If you want to know what a girl is, look at her brush and comb.

TRANSFORMING A HOUSE
The neat muslin curtains were white as snow,
the geraniums scarlet. O’Brien could see the climbing roses,
the garden beyond, with its branching apple-trees laden with fruit,
the ripe plums, the pears still green and hard.
He walked moodily back to their own cabin, Mary by his side,
her hair in her eyes and her gown just pinned anyhow.

A TIDY BEDROOM AND A CLEAN KITCHEN
A newspaper or sheet of brown paper spread
across the bed gives much additional heat. Comfortable
housekeeping is the enemy of intoxicating drink.
He has not a wife like mine. That’s the secret.
It is well to keep egg-shells, crushed in the hand.
With fine river sand, they are useful in the cleaning of pans.

SOME POINTS OF DRESS AND MANNERS
Hollow show and sham. A scarecrow, unshaved, unmended.
When he returned from work the fire was nearly out.
Pigs, unwashed clothes. His wife and elder daughters were absent.
All in jags and tatters, reading novelettes and trash.
It’s enough to sicken a man when he’s working his hardest.
There goes Dan O’Brien. I suppose he’s off to the public house.

TURNING OVER A NEW LEAF
With a pointed knife extract all decayed spots.
What kind of apron? The gills should be red, the eyes bright.
What should be done with rags, bones, and dust in corners?
Dirt is disgraceful. Disorder is disgraceful.
It is not mean to be careful. Write it in your book, Mary.
Another woman might have sat down and begun to cry.

John Mee won the Patrick Kavanagh Award in 2015 and the Fool for Poetry International Chapbook Competition in 2016. His pamphlet, Beyond the Extinct, was published by Southword Editions in 2017. He has published poems in magazines such as Magma, The Rialto, The London Magazine, The North, Prelude, and Southword, and five of his poems were recently translated into Macedonian. He works in the Law School at University College Cork in Ireland 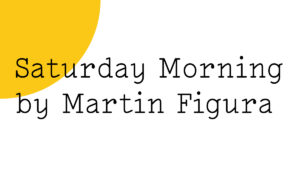