In January 2021 a photograph of Bernie Sanders wearing distinctive knitted mittens went viral, inspiring numerous altered versions which placed him in famous photographs, film stills, fine art and so on. Roy Marshall’s poem ‘Here is Bernie Saunders in Mittens’ riffs on this. It’s lighthearted, clever and funny, but also has serious intent, giving a much-needed poke at our acquisitive, consumption-led society and the frenetic, inward-looking and destructive nature of social media. It’s enjoyably political without being tub-thumpy, and very tidily done.

Here is Bernie Saunders in Mittens

next to Churchill at Yalta; at a bar mitzvah; being painted
by Bob Ross; on skyscraper beam above 1920’s New York.

Bernie responded to the explosion of memes of him in mittens
at the inauguration by saying, I was just sitting there,
trying to keep warm…

Jen Ellis, a Vermont teacher, tweeted, I made Bernie’s mittens
as a gift; the fleece lining is from recycled plastic.  Ahh.

Here’s Bernie in a nail bar; in Queens Gambit; with Dylan in 66.

Bernie’s thought bubble says “Hurry up! I’m freezing!”
Bernie is waiting for his wife to try on clothes, pockets full
of tissues and receipts. Bernie is the opposite of glitz.

I believe responses to this image expose misogyny in society.
Imagine if a woman wore similar clothing at an event like this.
Imagine the response if a woman of colour looked as bored,
disgruntled, unenthusiastic

These Bernie memes are what this country needed! LOL! LMFAO!

Bernie says “In Vermont, we’re not so concerned with fashion.
We make good mittens in Vermont.” Yawn (also) sweet.

Here is a folding chair on Capitol steps vs. insurgent white supremacy.

Bernie is granddad-core! Bernie is in Friends, Game of Thrones,
at an ‘Off White’ fashion shoot; Bernie is in The Sopranos,
on a frozen moon in Destiny 2. Bernie is with Deadpool,
shared by Ryan Reynolds who plays … Deadpool.

‘Insert Bernie in mittens into any Google Street View!’
A student who created the site said its huge popularity
meant I had to pay increased fees. I panicked.
(I’m panicking too. Panic is so … viral)

Bernie is in ‘Nighthawks’ by Edward Hopper; in your
shower; chilling on Venice beach with Chewbacca.

‘Pre order Bernie in mittens bobble hat!’ Though by expected
delivery date, you might have forgotten why … why …

Jen Ellis — I go to my email and another thousand people want
mittens. I hate to disappoint, but the mittens are one-of-a-kind.
Sometimes in this world, you just can’t get everything you want. 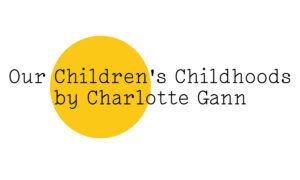