(If you are reading this on a mobile, due to the layout of the poetry quoted, landscape is your friend! – Ed)

The blurb on the back of Citadel refers to the core character of the collection being a “composite ‘I’ – part reformation-era monarch, part twenty-first century poet”. Thus the notion of the confessional authorial voice, or first-person references relating to the poet, is neatly side-stepped. While the reader can project all they want, we never know for sure exactly who is who, or who is speaking, in this collection. It’s disorientating but exhilarating at the same time.

Interviewed recently by Layla Benitez-James at Tell Tell Poetry, Martha Sprackland said, “I wrote forty or fifty poems in very quick succession in about two months. And it very quickly became obvious to me that this was going to be the book … And the heart of the work, the core of the book, is all Juana, and that all happened in a very, very short period of time about two years ago in Madrid.”

This is a collection that, while written quickly, deals in almost geological time scales. Sprackland has the dizzying ability to jump-cut from past to present and back again quickly and to feel absolutely in control while doing it. This is hinted at as early as the second poem of the collection, ‘Beautiful Game’, a poem ostensibly about playing pool, but with a violent accident at the start to it. At the end, the poem reads,

This sense of covering vast time spans is made more clear in ‘Melr’, especially the second section, ‘ii. Ainsdale’, where early Viking / Norse names for locations in the North West sit alongside their contemporary names, eg “Einulvesdel” vs “Ainsdale” or “Sef-tun, sedge farmstead where rushes grow.” And the old is also counterpoint to the new in ‘Roger of Poitou’, where Sprackland compares the feudal world of an 11th-12th century Anglo-Norman aristocrat with the modern world, the area he ruled back then “now served / by Lib Dem ward councillors / with my primary classmates’ surnames”. The poem continues,

On the last train home from town
I would watch a reflected face out of time
flashing with gorse and rig-light,
the extinct and living looming out of the dark

Gorse also features in the final section of the poem, ‘v. The Velvet Trail’ where “The burning stars of our cigarettes danced / like gorseflowers”; the lit cigarette tip is evocative of time passing and the decay of stars.

The recording of geological time is most obvious in two poems. Firstly in ‘Vitrine of Tektites and Fulgurites’, a poem inspired by the Museo Geominero del Instituto Geológio y Minero de Espana. At the end of the poem our protagonist dreams they,

riven with inclusions
a bloom in amber

or electrum, a prophecy coded
& catalogued in sand

This poem leaves me with more questions than answers (which in this case I feel is a good thing). Aside from one possessive apostrophe and one comma there is no punctuation in this poem, and no uppercase letters. I wonder if this is the flow of time in action, despite the use of couplets, each epoch or era flowing into the other. Is the poet saying we are using the past to project forward or prophesize for the future, or are we living in the future prophesized and ‘catalogued in sand’?

Secondly, in ’Charca’, which locates a relaxing day out for a swim in time and place by discussing the origins of the “puddle” they swim in – “though it is deep / and clear where the three of us strip / off our watches, sunglasses, shoes / and huddle on a jutting rock”. The “jutting rock” is the result of being “altered / by the pounding snowmelt”. That gradual accumulation of change over centuries shows that small moments can make a big difference, and this is amplified by the sheer act of leaping into a pond or pool unlocking a “winter lived through and unbound”. I felt the water on my own skin reading this and was uplifted.

Sprackland’s love of cataloguing, as seen in ‘Vitrine of Tektites and Fulgurites,’ is also on show in ‘Hunterian Tryptych’, one of three poems from Sprackland’s pamphlet Milk Tooth, the others being ‘A Room in London’ and ‘Tooth’. The poem starts,

This ghostly archive, lined with labelled jars
is full of light. Each pickled thing bleached to ivory
sleeps in a glass flask of formaldehyde, shelves of pale stars
that catalogue our strange bodies’ history.

Geology aside, this collection is in many ways a catalogue, its own Hunterian collection, if you will, of the human body and mind. ‘Hunterian Tryptych’ follows the devastating ‘Anti-metre’, a poem about an unstable or irregular menstrual cycle. I wish I could quote the entire poem, but lines like “The moon can’t touch me”, “He admonishes me / for my instability” and “another egg drops / like a spent coffee capsule / through the body of the machine” should give you a sense of it. Alongside this, the collection refers to a range of physical injuries and issues, from the cracked skull / pool incident of ‘Beautiful Game’ and ‘A Blow To The Head’ to the “bloodied face” of ‘They Admit Each Other To The Inquistitor’, the rotten tooth of ‘Tooth’ that “lolls sourly on the tongue”, and the “shin splint and my aorta strenuous” of ‘Sports Metaphor’.

Sprackland has built a solid and impressive launchpad for the future. She deserves her plaudits

In ‘Confession, in Anticipation of an Orthognathic Surgery’, we see clinical language like “maxilla, malar, orbit, temporal” and the coldness of a surgeon that “retracted his hands”, not removed or moved, but retracted like a machine. The certainty evoked by such scientific language is set against the weight of the final line where faith in the process takes over for a surgery neither patient nor doctor expects to succeed.

My fate set, he weighed my jaw again,
steadying my skull against his palm,
a devotion hopeless as any other.

Citadel is filled with symbolic objects – the cord, the telephone, eggs, “a flashing blue light [that] make obsessive return[s]”. There are also recurring themes of food, sadness, issues of mental health, travel or the urge to get away (not necessarily the same thing). However, what rings through the collection is a feeling of strength and of bearing things, of going on regardless, that sense of ‘devotion hopeless as any other’. In the final poem, ‘Transcript’, a record of a conversation between the Martha and the Juana of the poems, the penultimate line is “sing loud, though, over the thunder” followed by a repeated motif of place names that calls back to earlier poems here, notably ‘Endovellico’s Hour’ and ‘Lullaby’. There’s something soothing and hopeful about a lullaby and the reference to a god of healing. For all the references to sand, and while we can’t see ‘exactly where everything will go’, it seems that Sprackland has built a solid and impressive launchpad for the future. She deserves her plaudits.

Mat Riches is ITV’s poet-in-residence (they don’t know this). His work’s been in a number of journals and magazines, most recently Wild Court, The High Window and Finished Creatures. He co-runs the Rogue Strands poetry evenings, reviews for SphinxReview, The High Window and London Grip, and has a pamphlet due out from Red Squirrel Press in 2023. Read Mat Riches’ blog Wear The Fox Hat.
Share on Twitter Share on Facebook Share on Email 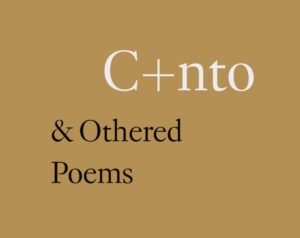 Her fear is a dress she can no longer fit into