I’m a country boy in my mid-50s. This is the England I have known all my life. It’s an England which has been predominantly —if not exclusively — white faced. Meeting a person of colour out for a walk in this countryside has only recently become unremarkable. When writers like Kunial or Jason Allen-Paisant (Thinking With Trees, Carcanet 2021) address this world they offer readers like myself new perspectives on our common land.

What’s more English than a place name like ‘Bascote Heath, Little Itchington’ where we meet Kunial “armed with my mother’s maiden name” picturing the humanity behind the names. There’s an echo of Larkin’s “long uneven lines” as Kunial imagines the glorious dead “moving in one long continuous / column, four abreast …” which would stretch from Whitehall to Durham. Immediately he imagines the column in the pre-partition India, where his father was born into a Muslim family. Later in the book we see a wartime photo of his English grandfather next to “one of two brown” fellow airmen. This is the same grandfather

who went stonily quiet when his only child
decided to live with a man who wasn’t yet
my dad.

Kunial refuses to condemn his grandfather, who relented when he was born and went on to form a blokey English bond with Kunial senior over brown ale and cricket. This is typical of the collection’s generous engagement with the intersections which feed its best poems.

These intersections are threefold. Firstly, Kunial’s brown skinned Englishness; secondly the two languages of his parents; and thirdly the facility with words of someone who has had to overcome a speech impediment. Let’s take a look at each.

‘England’ is one of several poems which draw on Kunial’s passion for cricket. Here we learn that:

[ … ] England’s Moeen
Ali went to my school. His dad’s from Dadyal.
Mine’s up in the village over the bridge.

It’s followed by ‘Green’, which is garden and graveyard, lawn and forest, until his father sees, in the banality of a Christmas cracker crown, the green flag of Pakistan. The ensuing row breaks his family.

The first three poems of the collections are titled ‘Foxglove’, ‘Forget-Me-Not’, and ‘The Hedge’. This is England. We know where Kunial wants to be

At this time of year you can’t get much more English than a playground game of conkers. In ‘Invasive’ we learn that the horse chestnut is, in fact,

[ … ] like our proto-Indo-European
tongue, from candle flowered kingdoms around the Black Sea.

Although this poem describes events in 1616 and 1066, the closing line: “Shapes. Spreading from the future on the beach.” speaks as much of those who come to Britain today for safety and shelter as it does of conquest or invasive species.

Cricket, present in Kunial’s first collection Us, permeates this book. It’s where Kunial finds himself and wishes himself. Its language is effortless metaphor:

In ‘Pressings’ we discover that the midpoint “between Mum’s birthplace / and Dad’s” is in the Black Sea. No-one could live there. Yet that impossible midpoint between “fatherland” and “motherland” (‘Foxglove Country’) is the point on which this collection’s emotional geography is balanced. The book is divided into two roughly equal sections titled ‘In’ and ‘Out’. Close to half the titles contain words in which the letters i and n appear next to one another. The word out appears in only one title. The first three poems of the collections are titled ‘Foxglove’, ‘Forget-Me-Not’, and ‘The Hedge’. This is England. We know where Kunial wants to be.

… he does love words. The pleasure he takes in the slipperiness and possibility of language is palpable

The presence of two languages in Kunial’s childhood is the source of touching tales. In Us we encountered his childhood shame on hearing his father’s muddled syntax (in ‘The Word’), and learnt that “[t]here is no dictionary for my father’s language” (from ‘Hill Speak’). Here we see him “wanting to correct or prune my father’s version / of Himalaya” (from ‘Foregrounds’)

In ‘Empty Words’ the separation between boy and father — England and Pakistan — becomes stark:

My father’s Kashmir
ended with a smoky sigh —
it’s long rhyme with here.

We can marvel at the wordplay in so little space here, and unpick it at our leisure. It doesn’t mask the pain.

Labels are contingent and language leads to silence in ‘The Crucible’ where “the man who wasn’t yet my dad” is “[a]shamed of his accent in her dad’s ear” and so delays calling the woman “who wasn’t then my mum”.

Kunial has spoken openly about having to overcome a speech impediment. In ‘Forget-Me-Not’ — an affecting letter to his younger self — “each syllable [is] / a lifetime away.” ‘Anglish’ packs a lot into its eight lines which match his developing cricket skills with increased fluency. It’s not surprising to read in ‘Hawthorn’ that he likes it “when memories aren’t pinned / haughtily to words”.

But he does love words. The pleasure he takes in the slipperiness and possibility of language is palpable in poems like ‘The Oval Window’ with its repeated use of ‘in’ and ‘ing’. It could feel a bit like a sterile, showy, exercise but I don’t think Kunial would hijack cricket to that end. At the end of ‘The Groundsman’ he pulls off two fine visual tricks which I won’t spoil here. Is he a bit too clever for the poems’ own good sometimes? That’s probably a matter of taste. I like the fact that a poem called ‘Over’ has six stanzas. I think ‘Ings’ could be a more interesting meditation on that common English ending, which is also a place name, if its form were tighter.

Words like ‘motherland’, ‘fatherland’ and ‘Eng(er)land’ are too often brandished, drawn as weapons against some feared, or hated, other. Kunial disarms these words, polishes them, and sets them with the skill of a jeweller

Over the piece there are more classy cover drives than thick edges. This is a Test innings, not a T20 slog. The last words of the book are

The very last thing poetry is

That could come across as trite and pat, but the poem it ends (‘The Wind in the Willows’ — my emphasis) brings the book’s themes together with a craft that supports the virtuosity.

Words like ‘motherland’, ‘fatherland’ and ‘Eng(er)land’ are too often brandished, drawn as weapons against some feared, or hated, other. Kunial disarms these words, polishes them, and sets them with the skill of a jeweller. He shows us how beautiful these words can be when handled with care and shown in their best light. 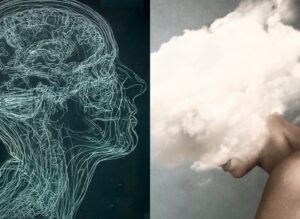