There is a lot to talk about in Orlam, and a lot to praise. It is a work of broad scope and impressive attention to detail. All told, it numbers 99 unique poems, and strikes a fine balance between feeling like a single narrative and a collection of standalone, reviewable, critiquable works. Before each of its 12 chapters is a brief summary of what will happen – useful anchors for those (like me) who get lost in language and forget about what’s actually happening in terms of the narrative. Still, it bears reading twice if only for this reason: once for narrative and a second time to soak up the minutiae of its formal poetry, or vice versa. Actually, it was only while reading it a third time for this review that I felt able to view it from without and within simultaneously, to grapple with its wholeness and shape.

Either way, you will experience it differently each time. Like a picaresque novel or television show that you don’t have to watch in order, Orlam is a world you can enter at your own pace. Its character-pieces and song-pieces, at the very least, can be read without context. PJ Harvey seems to revel in her wicked descriptions of the book’s multitudinous cast, although to imagine her doing so raises interesting questions about how to get the most out of the text.

A straddle-me-face farter. A Chinese-torturer.
Enlightened of god? Methinks not.

French literary critic Roland Barthes wrote in 1967 that the author is dead – figuratively, that is, not literally. What he meant was that the best way to read a text is to ignore its author, to ignore even the fact that it has an author. He talks about “toppl[ing]” the “empire” of the author; to “give a text an author” and assign it a single interpretation is to “impose a limit” on it. It was an important moment in the history of literary theory, and his essay provides an interesting lens through which to critically (as in, for a review, but also in a more casual sense) read a text. And generally, I agree with Barthes. Often, I think, a text benefits from being read without the baggage of its corporeal creator.

But the opposite can also be true, and what opened my eyes to the successes of Orlam was thinking about it both in isolation from and in relation to PJ Harvey’s oeuvre, and to her identity as an artist. Because neither is the author (literally) dead nor is the book somehow off on some wild limb – while it may be wild, the world-building it exhibits and the mythology it constructs and inhabits fit snugly into Harvey’s praxis. She’s a world-builder, a narrator of worlds: an artist’s artist, and ineluctably so. In Bandsplain’s mammoth eight-hour two-episode podcast splurge on the life and times of PJ Harvey, Yasi Salek (host) and pop music critic Ann Powers (guest) describe Polly Jean as having a penchant for telling a story while also being in it, and ‘put[ting] herself in the myth’ of her own creation.[1]If you’d like to listen to the Bandsplain podcast mentioned in this article, click here for part one, or here for part two. So it struck me that to kill PJ (in the Barthesian sense) is to kill Orlam, or at least maim it. For it is of her as she is of it.

Orlam triumphs chiefly, though not solely, in this area. PJ Harvey manifests a Dorset that is at the same time ancient and modern, distant and intimate, and creates this world through character and mythos – into which the reader delves – rather than through action and reaction – which a reader observes, or from which a reader infers.

Voul village in a hag-ridden hollow.
All ways to it winding, all roads to it narrow.

It tells the story of a year in the life of Underwhelem, a Dorset village, and the nearby Gore Woods. Its protagonist is nine-year-old Ira-Abel Rawles – “Second-born child of heart murmurs”, “Litty girl with horrid curl” – who during the course of the book experiences childhood rejection (when her friend Kane-Jude chooses his imaginary friend over her); meets and falls for dying soldier Wyman-Elvis, “A young soldier / with a gash in his neck”; is abused by “Rudger of The Red Shed” Emerson-Dogger Bowditch; is “washed in the Blood of The Lamb”; returns to school, much to her chagrin; and ultimately “slip[s] from [her] childhood skin” in favour of “merg[ing] into meesh […] with the chalky children / of evermore”. She transcends.

Ira lives in two worlds. The first is uncomfortably real: grotesque, sexually charged and often painful. Its inhabitants are villagers and farmers, oddballs and creeps whose tasks (which will be familiar to some, no doubt) include searching for “swollen badgers” (“mouths inlaid / with vlesh vlee eggs”), opening the bellies of pregnant ewes, using an elastrator to castrate lambs, and inserting arms into cows’ orifices. It is in this world that Ira’s father, Chalmers-Adam, nearly drowns in the sheep dip – a formulation of insecticide and fungicide farmers use to protect their flocks against infestations of itch mite and blow-fly. It is in this world, too, that Ira is “unsexed” by the village dogger, Emerson (no, really). She describes her village as a “Breeder of asthma, common warts, ringworm”. Visual motifs include “Shabby mothers trying to die” (i.e. ewes) and “fleeceful[s] of maggots”; dirt, mud and faeces are ubiquitous and provide a grubby backdrop.

Up The Fag Hole, down the lane,
Sucking hard for killer Kane –
Favours hes
On their knees
Invisible as anus greaze.

The second world of Orlam is Ira’s otherworld, of sooneres (ghosts) and veäries (fairies), talismans and superstitions. Outside Underwhelem are Gore Woods, home to the ephemeral dying soldier Wyman-Elvis. The eponymous Orlam, a magical, grotesque oracle-deity, watches over the woods from The Ultimate Elm. Only Ira can see Orlam. He – or rather It – is the severed head of her bottle-fed lamb Mallory-Sonny, which she finds flea-ridden and pecked to death by rooks. It hasn’t any eyes. But the lamb’s death is not in vain; it ‘opens the gates’ to the dark world.

Loosed from the socket of sickly, black Mallory,
freed by the rooks of Blaggoty Knowle,
my jellied orb rolled Eleven Acres
furled with fleece and mud and scroff
and trailing my yellow optic nerve
to wheel me in to the gawly girl
whose little finger had suckled
my frail lamb.

(from ‘Orlam Tells His Story’)

Orlam commits to guide Ira to her “scarlet bridegroom” (the soldier), avoiding “the Forsey-Ooser jism” (Ooser is short for Ooser-Rod, meaning ‘devil’s penis’) and “the corked wrath of Chalmers-Adam” (her mercurial father) along the way. Gore Woods are Ira’s escape, and Wyman-Elvis her salvation. He is the bearer of The Word, and offers her glimmers of hope. Of the two realms, Ira opts for the one inhabited by her soldier love and decapitated ram lamb. Certainly the lesser of two evils: everything else in her muddy, backwater enclave is awful, and the Word Wyman-Elvis bears is ‘Love Me Tender’, i.e. Elvis Presley’s 1956 ballad. It beats going back to school, especially when that involves vomiting “Lamlac and sheep nuts” on the teacher’s brogues.

It is a soap opera, an epic poem and a lesson in regional folklore all wrapped up into one

Speaking about Harvey’s early work and persona, Salek and Powers (of the Bandsplain podcast mentioned above) note PJ Harvey’s lyrical preoccupation with the experience of being a body. Her rejection of gender norms and heteronormativity manifests in what Powers calls an ‘explosive androgyny’, combining a will to seduce with a desperation to break out of this allure, to repel and attract at the same time. Polly Jean explored this struggle in her first ever single, ‘Dress’, which she recorded in Yeovil in 1991. It tells the story of a woman trying to impress a man by wearing a dress. She finds the dress uncomfortable and talks about “spilling over like a heavy loaded fruit tree” and “falling flat”, empty-armed. Ira-Abel’s rejection of the boys and men that inhabit Underwhelem, her transformation from curious, browbeaten nine-year-old girl to “Not-girl, not-boy”, and her communion with the ghosts of Gore Woods under the watchful eye of Orlam, evince a matured engagement with this theme.

In her satchel, Pepsi fizz,
Peanut-and-banana crusts
For this man her shepherd is.
Parts her bready-lips of love:

Ira’s journey with “her Christ, her tender love” in the netherworld of Gore Woods borrows from those of Lewis Caroll’s Alice and C. S. Lewis’ Lucy, Edmund, Susan and Peter. But the defining feature of Ira’s Narnia is its folkloric foundation. It is chock full of superstitious objects (which it is very interesting to learn about): animals left to rot in trees or potions left for fairies, talismans ensuring bountiful harvests. There is a strong throughline of pre-Christian symbolism – call it paganism, superstition or pre-scientific wisdom. At the same time, Ira’s journey is suffused with religious, specifically Christian, symbolism. Ira’s soldier – her saviour – is indubitably a Christ figure. He bleeds and bleeds, bears The Word, and offers her a path to salvation.

and drisk enshrouded in its cloak
holway, river, brook and oak,

and all souls under Orlam’s reign
made passage for the born again.

(from ‘Prayer at the Gate’)

Which brings me to my final point, which was also my first point, about world-building. PJ Harvey’s cultural reference points include Elvis Presley and the Bible, but also Pink Floyd, Dickens, Shakespeare, The Moody Blues, US folksongs, The Sound of Music (specifically ‘My Favourite Things’), Keats and E. A. Hoffman. Orlam unfolds in the present day, the Victorian era, the 1970s and the 16th century all at the same time. Then there is the tapestry of superstitions and beliefs that make up Dorset folklore, 16 unique characters (counting Wyman Elvis’ “shadow-soldier brothers” and Ira’s friends the “ash-wraiths” as singular), each with intertwining and often sinister backstories, and the biblical emancipation of a spiritualist nine-year-old. It is a soap opera, an epic poem and a lesson in regional folklore all wrapped up into one.

It’s in discussing (the band) PJ Harvey’s debut studio album Dry (1992)[2]PJ Harvey’s debut album Dry was re-released on vinyl in 2020 as part of a comprehensive reissue campaign: find shopping options via this link. that music critic Ann Powers first mentions ‘folk horror’ – think The Wicker Man (1973), The Witch (2015) and Midsommar (2019). Orlam may be a literary exemplar of the genre. Polly Jean’s willingness to weave a mesh of real real life, real life fiction and fantasy fiction combines with her evident love of language-play and a knack for carving the new. The result is wonderfully original: ancient, contemporary, sweet and revolting. Powers calls Polly Jean Harvey ‘the artiest rock star of the late 20th century’. Well, it’s the 21st century now, and she just spent six years writing a book-length narrative poem called Orlam. With it, her cap just got one feather heavier. 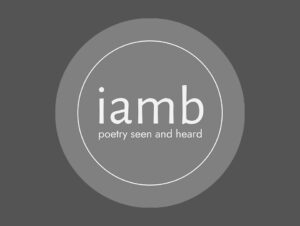 Inside iamb: The Friday Poem talks to Mark Antony Owen, founder and editor of iamb