After Clare is ‘after’ in both a temporal sense and an ‘in the footsteps of’ sense. Having grown up in Helpston himself, William Thompson sensibly chooses to forestall comparisons by opening his pamphlet with ‘Clare Country’, his own direct address to John Clare. The first stanza of this elegant poem recalls Clare’s Helpston life, economically building up ‘that’ clauses:

It’s true you got here first, that you were born
in a thatched house, that you burnt your calories
by working in the fields […]

before Thompson’s own life in the same place and with farm work is introduced in the second stanza:

But I knew this ground before I knew of you.
I’ve inhaled air rising from the same flat land,
pulled pints in the same pub […]

“Like you […]”, he continues and allows the poem lift off by shifting to the plural and their shared experience with “see our skies” and “song thrushes, that sound / as if they sing from your world into mine”.

It is a fine poem to open the pamphlet, and what is particularly admirable is how it holds the rest of the poems in context. It frees Thompson to write about his work on a pig farm, about harvest, (“viners // through peas like missile carriers”), about Helpston as it is now or about a childhood memory of walking through a ploughed field with his father, without making direct reference to John Clare: he has already settled that relation in his readers’ minds.

Having grown up in Helpston himself, William Thompson sensibly chooses to forestall comparisons by opening his pamphlet with ‘Clare Country’, his own direct address to John Clare

Such poems are balanced here and there by further quiet engagements with his predecessor. Thompson meets his father in the poem ‘Public House’, “where Clare got drunk”. ‘Tryst’ remembers John Clare’s woollen “coat over the uncut hay” during his own post-lockdown tryst.

Birds (and their nests) were a favourite subject of John Clare’s and the first lines of his ‘To the Snipe’ are used as the first stanza in Thomson’s own poem ‘Snipe’, addressed to the bird:

Lover of swamps
The quagmire overgrown
With hassock tufts of sedge …

Well, not quite. Not anymore.
Now, you find the filled-in gravel pits
and fishing lakes.

The quotation gives the poem its three-line stanza form, as well as a then / now comparison, the bird seen now from a hide rather than in John Clare’s ‘untrodden’ places. The poem sent me back to John Clare’s own writing for then, to find he was writing about the bird’s habits: “thy bill […] // Of rude unseemly length, doth delve and drill / the jellied mass for food”. Now Thompson writes about its appearance: “Your beak’s a knitting needle / split in two.” The comparison says more than it says: today’s poet will catch only an occasional glimpse – a glimpse well celebrated in that needle metaphor, as is the bird’s call in “the sound // of a boat winch paying out / a sail”.

’Tis like a ‘skreeker’ quickly turned,
Which nurses twine the child to please,
A cricket’s note more loudly churned,
And yet but little like to these.

Thompson’s bird, though “not / seen round here for a hundred years” has “a high-pitched pneumatic drill” for its song.

So although the pamphlet’s penultimate poem ‘Remains’ has a neat echo of the title’s duality in talking about what remains of the village that John Clare would recognise, as well as personal remains (“your body, / here, in its allotted ground”), it seems fitting the pamphlet’s last poem is also a bird poem, ‘Swift’. This opens: “If I could choose / I’d be a swift” and tells us not for the reasons we might think, but … no, no spoiler here, except to say it’s another poem which flies, as many of these do.

Rebecca Farmer’s A Separate Appointment has two main groups of poems. The pamphlet’s title comes from ‘Placebo’, one of half a dozen poems examining her experiences in hospitals. These are not routine accounts: questions in conversation with a doctor are not straightforwardly answered: “Can I describe my pain on a scale of 1 to10?” is answered by the poem’s speaker bowling an off-spin with:

This is neatly batted back with “Ah, your soul, the doctor muses, / that will require a separate appointment”, spinning the poem out of orbit. (Yes, this is a spoiler, but one the pamphlet’s blurb has already committed.) ‘Second opinion’ suggests all manner of strange treatments to re-frame routine ‘normal’ treatment as anything but – given the prospect of what she would have to allow an unknown ‘masked man’ to do to her body.

A second group of poems concerns ‘The Ghosts’ who continue to inhabit Farmer’s writing, having made an initial appearance in her 2014 pamphlet. They insert themselves with titles such as: ‘The ghosts have no sense of direction’, ‘The ghosts are confused by time’. In ‘The ghosts regret joining a self-help group’ their ghostly life is all negatives, though it’s handled lightly and with wit and ends with one of Farmer’s typically skilful destabilisations of normality:

They used to go to classes to be taken out of themselves
but now they’d give anything to be put back in.

Outwith these two groupings come poems about skinning fish, an evening swim, estate agents, and ‘Submarine 1943’, a poem which, in 18 short lines, enters her father’s claustrophobic world of fear and heat and tedium. Again, she gives us something unexpected: “My father is sewing / red roses on a white linen cloth”. She doesn’t explain, leaving that to the atmosphere she evokes of tension and listening on the diving sub, in which “others sweat and chew / the oil from fingernails.”

… sharp, accurate and with a slightly whacky twist

Pamphlets usually seem to follow either a single theme or none at all. A Separate Appointment falls in-between with two sub-sets of poems, relying instead on a consistency of tone to hold it together – sharp, accurate and with a slightly whacky twist. I want to say this does work, but as I read and re-read, I find the part of the pamphlet that carries me along most successfully is where a good rhythm (and expectations) are set up by alternating the hospital poems with the ghost poems. I’d have liked the conversation about unrealities between those two sets to be sustained across the whole pamphlet. 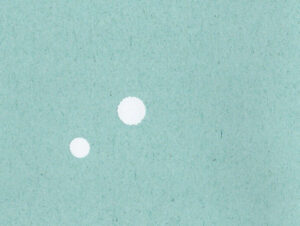