The poem ‘What the Doorman Says’ by Ben Wilkinson pulls no punches. The speaker — in twenty deadpan sentences — tells us all we need to know about his life, his experience, his world. He’s seen it all, and has a certain sort of wisdom to impart. The poem is dark, knowing, and and uses a hefty dose of good Anglo-Saxon language. This isn’t flowery metaphysical poetry but gritty and real, rooted in the ordinary and the domestic, and all the better for it.

Ben Wilkinson’s poetry collections are Way More Than Luck (2018) and Same Difference (2022), both published by Seren. His poetry has appeared in national and international publications including the Guardian, New Statesman, The Poetry Review, The Spectator, and the Times Literary Supplement, and has won prizes including the Poetry Business Competition and a Northern Writers’ Award. For over a decade he has reviewed contemporary poetry for the Guardian, The Poetry Review, and the TLS. He is the author of a reader’s guide to the poetry of Don Paterson (Liverpool University Press, 2021). 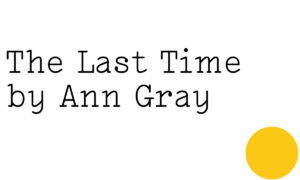