What have you done with / the blue, beautiful world?

It’s New Year – a time for making resolutions to live better. Traditionally we vow to exercise more, eat a healthier diet, quit smoking, and spend more time with our families. Given the climate crisis, us chaps at The Friday Poem would like to suggest that as well as thinking about our own physical and mental health, we should also think about the health of the planet.

Grow some veg. Knit some socks. Cycle to work. Borrow, buy or download one of these anthologies – dipping in to them will keep you in touch with your resolution

We invite you to make a resolution to consume less, reuse and recycle more. Maybe to get involved in a protest, or some kind of community scheme. Grow some veg. Knit some socks. Cycle to work. To help strengthen your resolve as the dark days of January and February take their toll, we offer you a round-up of anthologies of eco-poetry. Borrow, buy or download one of these anthologies – dipping in to them will keep you in touch with your resolution. 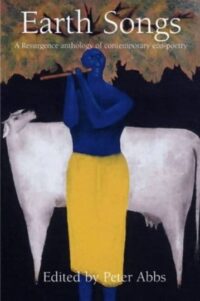 Earth Songs: A Resurgence anthology of contemporary eco-poetry (Green Books, 2002, edited by Peter Abbs) was the first major anthology of contemporary ecopoetry. It offers a wide-ranging collection of poems taken from the pages of Resurgence Magazine with contributions from Wendell Berry, Sujata Bhatt, Gillian Clarke and Seamus Heaney, among others. The poems celebrate wildlife, the seasons, wilderness, and the way in which our lives are in constant creative or destructive play with the whole of nature. 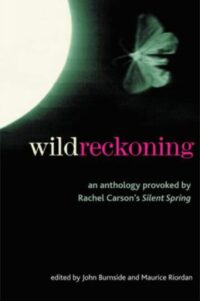 Wild Reckoning (Calouste Gulbenkian Foundation, 2004, edited by John Burnside and Maurice Reardon) is an anthology inspired by the fortieth anniversary of Rachel Carson’s controversial and prophetic book ‘Silent Spring’, which warned against the indiscriminate use of pesticides and its consequences for the environment, and for us. The anthology features poems commissioned from leading poets including Seamus Heaney and Andrew Motion, as well as work from a number of American ecopoets. 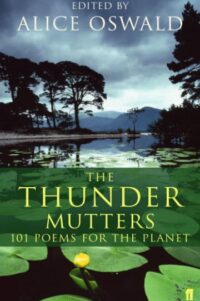 The Thunder Mutters: 101 poems for the planet (Faber, 2006, edited by Alice Oswald) begins with Oswald’s dedication to the rake — “an age-old implement which connects the earth to our hands, and the landscape with the sky.” She chooses 101 poems which map the border between the personal and natural worlds and include poems by Robert Frost, John Clare, Gerard Manley Hopkins, W.H. Auden, Stevie Smith, Ted Hughes, and John Ashbery, among others.

Buy The Thunder Mutters: 101 poems for the planet  from Faber 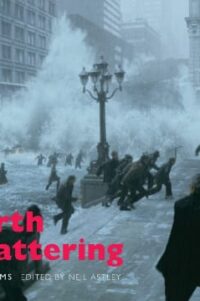 Earth Shattering ecopoems (Bloodaxe, 2007, edited by Neil Astley) ranges far and wide, from the wilderness poetry of ancient China to 21st-century native American poetry, with postcolonial and feminist perspectives represented by writers such as Derek Walcott, Ernesto Cardinal, Oodgeroo and Susan Griffin. The poems demonstrate the dangers and poverty of a world cut off from nature and ruled by technology, self-interest and economic power. Poetry may seem like a hopeless gesture, but its power lies in the effect each poem has on its readers.

How long before the shelves are empty
in the supermarkets? The first riots
are raging as I write, and who
out there could have predicted
this sudden countdown to zero hour,
all the paraphernalia of our comfort
stamped obsolete, our memories
fighting to keep us sane and upright? 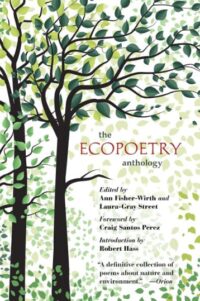 Buy The Ecopoetry Anthology from Amazon 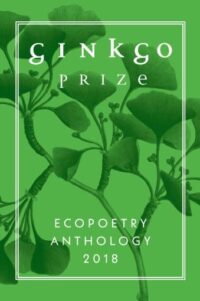 The Ginkgo Prize for Ecopoetry is a major international award for ecopoetry, funded by the Edward Goldsmith Foundation and organised by the Poetry School. Every year, the competition awards £8,000 in prize money, provides writers’ residencies for the winners, and supports the development of eco-poetry through a programme of free workshops, and a series of incisive essays by leading ecological writers. It produced anthologies in 2018, 2019 and 2020 and you can download and read them all.

We particularly like Linda France’s poem ‘In the Physic Garden’ from the 2018 Ginkgo anthology:

In the Physic Garden 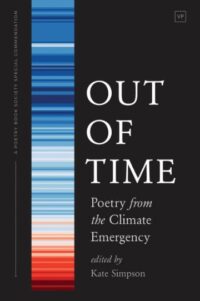 Out of Time — Poetry from the Climate Emergency (Valley Press, 2021, edited by Kate Simpson) features original work from Caroline Bird, Inua Ellams, Pascale Petit, Karen McCarthy Woolf, Rachael Allen, Raymond Antrobus and Mary Jean Chan, among others. Tom Chivers of Penned in the Margins says “Out of Time presents an excoriating critique of Earth’s ongoing encounter with humankind – the language animal – in poems that charm, disrupt, convince, cohere and break apart … This is vital work for a future that is already here.” 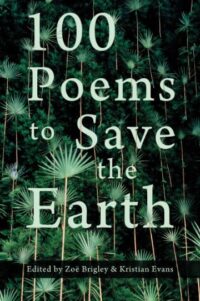 100 Poems to Save the Earth

100 Poems to Save the Earth (Seren, 2021, edited by Zoe Brigley) begs the question how, exactly, poetry can save the world? Writing from rural and urban perspectives, linking issues of social injustice with the need to protect the environment, contemporary poets from Britain, Ireland, America and beyond suggests that poetry can act as a wake-up call, that it can “find the words to describe how it feels, to sing to what hurts, to reach out … and to see all things as our kin”.

Buy 100 Poems to Save the Earth from Seren

Gillian Clarke’s poem ‘Cantre’r Gwaelod’ is one of our favourites from 100 Poems to Save the Earth. It is a denunciation of an indifferent age, and ends:

‘for Earth’s intricate engineering, unpicked
like the flesh, sinews, bones of the mother duck
crushed on the motorway, her young
bewildered in a blizzard of feathers;
the balance of things undone by money,
the indifferent hunger of the sea’.

Keep it in the Ground

Read them all on The Guardian’s website here and (if this is your thing) you can listen to various celebrities reading them here. Our favourite of the lot is ‘The Question’, by Theo Dorgan:

When the great ships come back,
and come they will,
when they stand in the sky
all over the world,
candescent suns by day,
radiant cathedrals in the night,
how shall we answer the question: 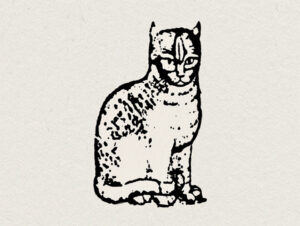 In Conversation: we talk to Hamish Whyte of Mariscat Press