What does Rory Waterman say?

At primary school, we had a teacher who encouraged us to write poems, and I realised I was relatively good at putting words into action. Soon, I was going to the library and causing a nuisance by sitting on the floor in Ottakar’s bookshop in Lincoln, looking through the poetry books, and it just sort of proliferated from there.

I like anything I think is good! It seems many poets at present have barely read anything published more than five minutes ago, and of course they usually keep firmly within contemporary camps and confine their reading to those camps. I’ve no interest in that. I won’t claim to read Old English poetry for pleasure, exactly, but I strongly considered focusing on medieval literature for my MA, and would probably have continued in that vein academically if I’d done so — and no doubt ended up without an academic career because nobody seems to want to teach that stuff anymore.

I’ve been reviewing since 2008. I like the engagement, that it makes me read things I might otherwise miss out on. I’ve no difficulty saying why I think something doesn’t work, though, and that honesty helps me as a poet in some way, I’m sure, even if it probably also gets me blackballed now and again. While reviewing, I want to get across what the book is like, while trying to cram the square peg of my subjectivity into the round hole — or elusive hole — of objectivity; and to do so uncowed by patronising modern mores. 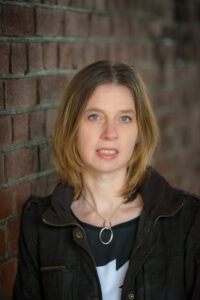 What does Emma Simon say?

What does Emma Simon say about poetry and reviewing?