What does Hilary Menos say?

I like poetry that keeps the lid on AND lets the pig out. My favourite single line of poetry is: “Thus, though we cannot make our sun / stand still, yet we will make him run” — Andrew Marvell, To His Coy Mistress. Or “Something there is that doesn’t love a wall” from Robert Frost’s ‘Mending Wall’.

I started reviewing with Nell at Sphinx many years ago, and reviewed briefly for Warwick Review and PNR before I had a bit of a hiatus. I’m getting back in the saddle now, and loving it.

On reviewing, I’m with Maitreyabandhu when he says critics “need to be genuinely open to new voices. In other words, they need to be authentically independent.” When reviewing I try to offer a genuine, well-informed and intelligent response to a book, and write about it in a creative and interesting way. And to position the review appropriately — a big name poet has plenty of self-regard and so can take a bit of prodding. Some poets starting out need a bit of encouragement, so I would emphasise their strengths.

When I’m trying to write and failing I generally spend time playing Clash of Clans on my phone. We have a family clan called Fluffy Unicorn which has been in existence for about ten years. I run six bases. My TH8 base is actually called ‘The Friday Poem’. My TH14 base is the highest in the clan. I’m inappropriately proud of this. 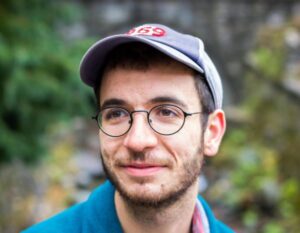 What does Bruno Cooke say?

What does Bruno Cooke say about poetry and reviewing?