What does Chris Edgoose say?

I’ve enjoyed poetry since studying it at school – the War Poets and Elizabeth Jennings left a particular impression – but it became far more central to my life in 2009 when my six month old son died after six operations in three hospitals. In the fight between poetry, religion, and alcoholism, poetry won on points. And from then on it seems to have been a necessary thing rather than a purely enjoyable thing.

I like poetry that is not confessional – which is not to say that I dislike a lot of poetry that is confessional, but poetry-as-confession (and by extension the poet-as-the-poetic-‘I’) seems to dominate to an extent that I’ve come to feel a little resistant to it. It’s the mode that brought me to poetry, and it is perhaps the one which has the most therapeutic value for poet and reader; but I think it can be limiting, and I’m tempted to say dangerous, to assume that the voice of a poem is the voice of the poet. Both readers and poets often appear to make this assumption.

When reviewing, I want to remind readers that a work of poetry is a point of departure not of arrival. 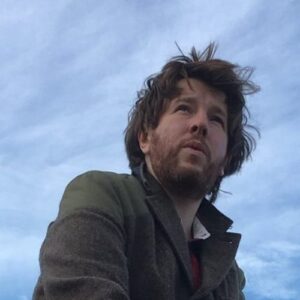 What does Richie McCaffery say?

What does Richie McCaffery say about poetry and reviewing?