The translator’s note by Sarah Riggs, at the end of the book, is a good place to start reading this dazzling collection, winner of the International Griffin Poetry Prize 2020. Riggs writes, “The postcard is a medium Etel Adnan loves” and relates how a postcard Adnan received from the Tunisian poet Khaled Najar on 27 October 2003 inspired her to write the first sequence of the book, “each poem a breath or two, thinking of Khaled”. In making her translations Riggs apparently worked across three languages – Adnan’s original French, her own English, and Khaled Najar’s Arabic versions – triangulating the work which, as she puts it, has “so many sides, positions, and dimensions”.

The poems in Time do have the beguiling immediacy of quick forms of address – postcards or texts or notes to a friend; they ask to be read quickly and deliberately, as though the reader is receiving instruction or news or some swift epiphany jotted informally on a card. There’s an intimacy in the forms of these often sparely punctuated poems, most of which are nine to fifteen short lines, and that intimacy draws the reader in, but then, also like postcards, the poems demand to be read again, with a closer eye, looking between the lines, between the images, into the intensity and the brevity. Here are the first seven lines of the first poem in the opening section of Time, which is titled ‘October 27, 2003’:

Rarely does a poem in Time run to more than twenty lines, except in ‘No Sky’, the penultimate section of the book, where a few extend over two or more pages. But by then it’s as though the writer of the postcards is gaining momentum, a longer stride, only to restrain herself again in the final section, in which twenty-seven numbered poems become shorter as the sequence progresses. A fine point is reached with the last poems in the book, epigrammatic in their linguistic concision and more and more direct in the clarity of their address, and this final section feels like a homecoming. Indeed it is titled after the city of Baalbeck, near Beirut, in Adnan’s homeland of Lebanon. She has lived in exile most of her life (much time in France, but much more in the USA, particularly California) and now yearning and an awareness of mortality together direct the sense of an approaching end (Adnan is 96) lending the last ‘postcards’ a particular poignancy:

There are moments when
the past ceases to be a form
of the present.
Rain and tears
Look alike.’

The musicality of Adnan’s work is marked. She has often collaborated with the prolific and eclectic composer Gavin Bryars, and her work has been set by other composers too, and it is clear that she has a heightened appreciation of the musical potential of poetry. The shape of the book feels symphonic – six (rather than the usual four) movements of varying emotional flavour and varying pace. This may be a helpful way of thinking about how to read the poems, tasting the pauses between sections /movements, and readying the ear and mind for changes of tone and tempo. Here are the final lines of the fourth section ‘Return from London’:

the cult of the dead is but an excuse
for leaving the poor to rot in
prisons. the cars wait

in a virtual clarity and space
visited by the divine, the birds sing to
candles’ ears the pain of living,
for happiness is unbearable

The reader must now turn two pages (ample silence, pause) to engage with the opening lines of the fifth section ‘No Sky’ which present such a rhythmic, semantic and graphic contrast:

I mention these aspects of form because I found my appreciation of this collection to be a particularly aural experience. I needed to read the poems out loud to myself almost from the moment of picking up the book. Hearing them in the voice, on the air, allowed lines and images to hang in space, because whilst Adnan’s poems are like postcards, they’re also deeply philosophical, aphoristic, packed with wide-ranging imagery, making leaps which on the page might seem abrupt and difficult but which in vibrating air seem to reinforce their immediacy. Adnan is interested in air and in what happens to and with air – respiration, sky, breath, clouds, all are referred to often – so hearing the poems voiced is important: “Everything turns into / breath, even /stone columns”.

Apart from the directness of address and the ‘postcard’ forms, the immediacy of the poems in Time is also achieved by the way memories flow into one another and on into the here and now. Past and present link arms and sway together in the music Adnan creates, bringing a sense of time that is sometimes fluent and never-ending:

from the boat that took me away, I’ve
kept the nausea, and the scent of oil.
from the city where I landed, I
remember a defeat and an
expensive restaurant

I too have crossed the plains
that spread to infinity, while
happiness is encountered only in
bedrooms

as well as a sense of time that occasionally stutters and falters:

Sometimes I get ready for the
voyage of no return,
but dawn raises the curtains,
and my adolescence
is standing at the corner
of nowhere

But nowhere in Time isAdnan’s sense of time bounded by rules, and she views memory as a tool for juggling with time rather than as a mechanism of recall. In Shifting the Silence (Nightboat Books 2020), her recent volume of prose poems meditating on life and death, she writes of her relationship with time: “My favourite time is in time’s other side, its other identity, the kind that collapses and sometimes reappears, and sometimes doesn’t … I used to be fond of time as it was a matter that helped us feel intelligent. Those days have gone where days go, in their own cemeteries. Today I see eternity everywhere.”

This sense of eternity, coupled with Adnan’s emotional wisdom, inform Time – if the poems are postcards, they are also 3-D canvases of intense imagistic colour and texture, as though the poet is bringing her skills as a visual artist to the craft of deliberately interrupted and fragmented word painting.

Adnan’s artistic, philosophical and political perspectives are legion, and she articulates them with a seemingly inexhaustible set of expressive skills, alongside a profound understanding of many different cultures and languages. Time is a stunning prism of a book, rich in music and in vision, architectural in scale, from an infinitely intelligent and humane poet.

Clare Best is the author of a prose memoir The Missing List (Linen Press, 2018) and six volumes of poetry, the most recent of which is Each Other (Waterloo, 2019). A new pamphlet, End of Season, is published with Coast to Coast to Coast in 2021. Clare has often worked with visual artists and is currently a Fellow at the Guildhall School of Music & Drama where she is collaborating on operas and other vocal projects. She lives on the edge of Tunstall Forest, near the Suffolk coast. Clare Best’s website is here. 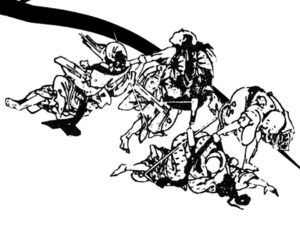 In the Light of Rocket Flares