Hilary Menos reviews Fridge by Selima Hill (The Rialto, 2021), oh be quiet by Natalie Shaw (Against the Grain, 2020), and do not be lulled by the dainty starlike blossom by Rachael Matthews (The Emma Press, 2021)

Selima Hill has published twenty poetry collections since 1984, most recently I May Be Stupid But I’m Not That Stupid (Bloodaxe 2019). Her work, notably Violet (1995) and Bunny (2001), has often been shortlisted for major British poetry awards and is on the GCSE English syllabus. She is known for her surrealism, her juxtaposition of the familiar and the homely with sinister, unsettling imagery to illuminate emotional truths. Her work is often dark and raw, but also tender. And now she’s foregrounding a domestic appliance in her new pamphlet, Fridge.

Why a fridge? Well, it’s a large, cold, silent thing that takes central place in the most domestic of arenas, the kitchen. Does it stand for her mother? Something like that. “Imagine trying to cuddle a fridge” she says in ‘The Goose’. Hill has written about motherhood a lot, and continues to do so here. In ‘How to be Tidy’, she says,

My mother, which is typical, is dead,
after all, it’s tidy to be dead
and being dead means you’re safe
and nobody
will bully you or need you any more.

The superficial flippancy, the direct, matter-of-fact, almost childlike speech, with so much said in so few words, are characteristic of Hill’s style. Many of her poems are short enough to quote in full. Here’s ‘Standing in the presence of my father’:

Standing in the presence of my father, I feel as uneasy as a child
standing in a field full of fridges
with all the doors torn off
and I can see
bodies,
all exactly the same, lying on their sides, with perfect ponytails.

Mothers (her own and other people’s), fathers, the death of same, anorexia and suicide, shame and guilt, the violence inherent in intimate relationships, the dangerous times in childhood and adolescence when the adult world is active or at least complicit in abuse, and what we need to dress up as in order to appear normal – these are Hill’s recurring themes. In her own words, “sex, rabbits, chocolate”. There’s not a great deal of sex in Fridge, though there are glancing references to rabbits and to chocolate “approaching from the East / in rattling lorries”.

In her own words, “sex, rabbits, chocolate”.

But there is a preoccupation with putrefaction – the rabbits are now crawling with flies, a rotting compost heap – and also with grief at the deaths of parents and friends, the need to find a way to grieve, and how to do it well. in ‘Getting used to it’ she says, “no one seems to know, / how to just get used to them, / the suicides” and in ‘Maybe I should give it a try’ she considers the suggestion that she might cry.

maybe I should take a chance and go for it,
weep, wail,
see what happens next
cry for him,
for her,
and cry for everyone,

after which, in true Hill style, she lists everything she might cry for, some of which have no obvious meaning beyond being generally sad (carports, lynx in diamond-studded harnesses, stuffed hawks, Sunbeam Talbots) together with things which carry more obvious terror (polyps) and things which have clear resonance with her other work both here in this pamphlet and elsewhere, previously (the wasps, the divorcees).

Mourning is not straightforward, though; finding the tears to cry is hard. In ‘The Goose’ she says she’s never:

sobbed my little heart out
for anyone who’s died
except the goose
whose homeless down still floats across the valley
as if to say you’ll look but never find him.

Hill has said in the past that when she wants to write about someone but conceal their identity she turns them into an animal, and even changes their gender. There is a goose on the front cover, next to the enormous fridge. The goose is looking at the part of the fridge where its knees might be, if it were a person. The fridge, if it were a person, looks as if it is staring blankly way over the head of the goose. Both are only sketched in outline, white on blue, but both still manage to be pretty expressive.

oh be quiet by Natalie Shaw

Don’t be fooled by the sunshine yellow cover, the amusing dedication, and the throwaway humour in oh be quiet. Natalie Shaw has a serious project in mind. Children get eaten, both hers and other people’s, and that’s just in the first poem, ‘I know you only invited me in for a coffee, but’, which is about the difficulty of managing the innate parental reaction – “I am breathing fire” – to someone being mean to your child. She says,

I am better than M. Mangetout –
Rather than, say, getting to work on a hubcap
I just swallow these things whole.

In the real world she may have swallowed the impulse to bite back, but in her poem she swallows the house. And the children. And the 4×4 – hell, why not? – even though “I cannot drive”.

Children get eaten, both hers and other people’s, and that’s just in the first poem

And the curses! In ‘Things that I say to my enemy’, she starts by wishing beetles into her enemy’s dreams and ends by cursing her with celibacy, spinsterhood and infertility.

part of the poem is omitted here

[…] I whisper
it’s true that she’ll never have boyfriends, a wedding, or babies
with soft little hands, her milk in their soft little mouths.

As bad things to wish on a person, this is major league stuff. But Shaw doesn’t just dish it out, she takes the hits as well. For the poem ‘In the changing room we see’ she turns her unflinching gaze on her own and other women’s bodies, “our different skins / our different breasts” and comes to rest on those things we so often choose to define ourselves by, “our tattoos, our piercings, our smooth thighs, our scarred tummies”. She is compassionate as well as frank, tender as well as sharp. And she is confident taking on some big themes. In ‘I have been to hell and back’ a young girl responds to the threat of sexual abuse from her uncle; the box in ‘Reality Box’ contains every scary experience you could think of:

and in ‘How to tell your son he has no friends’, she deals with the business of knowing that your child is different, somehow, from other children.

You will get the first bit wrong: he won’t
be able to meet your eye. In the dark,
you can hold his hand and stroke his hair.
Forget the things you said this morning.

How does one navigate this painful process? Go back, she says,

back in the dark to see his outline,
the shape of who he is, the gap
that spools and spools around his shadow.
Tell him it’s your gap too, tell him,
tell him. Hear him breathe.

It’s a delicate, gentle resolution to a profoundly affecting poem. Less personal but equally affecting is ‘Climb through my windows, climb up my tree’, a melange of fairy tale tropes which centres on a princess.

The wolves waited under the bed. He kept them on scraps,
snickets of children and small scoops of heart. She lay down
and heard through the mattress their thoughts about hunger;
the gap in their mouths they would fill with her babies,
her once-golden crown.

Shaw looks her horrors full in the face, but often finds an original and witty way to deal with them – she also wants to keep us entertained, which is refreshing. It’s dark, quirky, and a bit anarchic.

The title of Rachael Matthews’ pamphlet do not be lulled by the dainty starlike blossom issues a threat we would do well to heed. It opens daintily enough, in the title poem, at the radiance tea house on 55th, where two lovers watch jasmine tea pearls unfold in their cups,

aaand immediately there’s a lot more going on than we expected. There’s shame and there’s rage, and there are parents who deny food as a punishment, so the girl gets “no dinner for a week / after i mention liking girls”. In order to get food cooked – unlike at home –  “quickly & without any shouting or crying” she steals money and cycles to the local Chinese chippy, but has so internalised the need for punishment that when the owner brings her food

The poem ends, back at home, after she has been tricked into accepting second helpings of a meal by her parents, with,

“and what do you say to your father?”
my fuck you sounded like thank you

It’s a delicious turnaround, transgressive and to the point. Matthews’ poems often have a neat payoff at the end. Her poem (it is loosely a ghazal), ’Ghazal: the sea’, starts,

I was raised by the ocean but never swam because
my mother couldn’t stand the sea
The fucking sea, she would say, cold and grey and endless,
meaning her marriage not the sea.

This is pretty good in itself, but in the final stanza Matthews decodes her own poem, saying,

Start again. Go all the way back. Re-name. Say
having a child every time you hear: the sea

This makes you go back and re-read the poem again in a whole different light. When one’s parents are inconsistent and un-straightforward, things come to stand in for other things: food for love, the sea for having a child. Matthews is a psychoanalytic psychotherapist, so she knows a bit about this. Her ancestors were steel workers and circus performers, so she knows a bit about circuses. too. In ‘family circus’ the two strands come together to paint a frightening picture of a dysfunctional family, with clowns and lion tamers and jugglers,

This pamphlet is neatly crafted, stringing together a narrative of a difficult childhood with difficult parents, and the journey to a place where being able to become a mother oneself is a possibility, and more. The poems are dark, intelligent, and often funny. ‘Mrs Arnolfini’s interior’ after the famous marriage portrait by Jan Van Eyke of the Italian merchant Giovanni di Nicolao Arnolfini, in a large black plaited straw hat, and his wife with the funny horned headdress, is what it says on the tin – the internal monologue of the wife musing on her husband, his oranges, his fine drapery and fur. It ends “I’ve never liked him or his hats.”

This pamphlet is neatly crafted, stringing together a narrative of a difficult childhood with difficult parents, and the journey to a place where being able to become a mother oneself is a possibility, and more

And in ‘chicken’ she writes about the father who would “often drive us towards oncoming traffic”, and who “threw / our pet bird against a wall”. It’s blackly funny and beautifully negotiated and has this reader wincing and smiling at the same time.

There is hope here, though it is hard won. In ‘recovery’ Matthews uses medical language to describe her partner and their lovemaking;

and in ‘settled’ Matthews abandons many of her tricks to write plainly and movingly about her partner.

makes me wonder why
I ever settled
for anything less

And then, after all, there is the possibility of a child. In ‘Daffodils’ the worry is whether “they” will or will not bloom. But it’s not about daffodils, it’s about becoming “ready for mothering myself”, with both meanings implied, and the process of becoming pregnant. And the penultimate poem ‘ultrasound / ego gravida’ ends with a message of hope, of commitment to survival, and a nod to struggling mothers everywhere:

you were no oil painting, says my mother
recalling my newborn look and i realise
motherhood is about surviving our own
deadness, others’ aliveness, and vice versa. 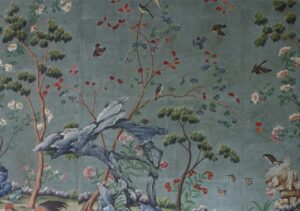