This barter of enthusiasm

Sexy, absurd, satirical – funny poems can make us smile but the best of them also make us think

A couple of weeks ago in the Frip, poet and literature activist Jonathan Davidson wrote about the exchange of poems from person to person – what he calls “this barter of enthusiasm”. He says: “I think of the buying, borrowing and lending of poetry; of the reading and re-reading, alone or in company, silently or aloud; of the writing-out of other people’s poems in notebooks or on scraps of paper; of the passing on of those scraps of paper; of the reviewing and the compiling of personal anthologies; of the time spent talking about poetry in pubs and parlours, on long walks or over breakfast. Through these pleasurable activities we carry the art-form quietly and collectively into the future.” And in our recent In Conversation, Bad Lilies’ editors Kathryn Gray and Andrew Neilson made a plea for more humour in poetry. So, at a time when things are looking a bit bleak, we thought we’d offer you some of our favourite funny – but also serious – poems.

You whose ambition is to swim the Minch
Or write a drum concerto in B flat
Or run like Bannister or box like Lynch
Or find the Ark wrecked on Mt Ararat –
No special training’s needed, thin or fat,
You’ll do it if you never once supplant
As the basis of your commissariat
Glenfiddich, Bruichladdich and Glengrant.

My own desires are small. In fact, I flinch
From heaving a heavenly Hindu from her ghat
Or hauling Loch Ness monsters, inch by inch,
Out of their wild and watery habitat.
I’ve no desire to be Jehoshaphat
Or toy with houris fetched from the Levant.
But give to me – bis dat qui cito dat –
Glenfiddich, Bruichladdich and Glengrant.

I would drink down, and think the feat a cinch,
The Congo, Volga, Amazon, La Platte,
And Tweed as chaser – a bargain, this, to clinch
In spite of nota bene and caveat
(Though what a feast must follow after that
Of Amplex, the divine deodorant!) –
If they ran – hear my heart go pit-a-pat! –
Glenfiddich, Bruichladdich and Glengrant.

Chris! (whether perpendicular or flat
Or moving rather horribly aslant)
Here is a toast that you won’t scunner at –
Glenfiddich, Bruichladdich and Glengrant!

Chris says; “This isn’t a laugh-out-loud poem but it is my favourite kind of humorous verse – the kind that doesn’t take itself seriously while taking Life and Poetry extremely seriously indeed. Its humour is carried on a sense of awe at the extraordinary technical skill and learning of the poet. It’s poetry confident enough in itself that it is willing to take enormous risks with prosody and rhyme – risks which pay off with more than just a smile, there is a sense that the arrogance of virtuosity – of human hubris itself – is being pricked, and when deflated, found to be nothing more than silly (for example, see how the poet rhymes ‘horribly aslant’ with ‘Glengrant’). Poems like these are in the tradition of Byron, which comes to us filtered through the likes of WH Auden. They’re  poems which bring us down to size by confining profound insights within such tight structural parameters that they seem ready to burst. Also, I love that I get a namecheck in this, written in 1962, ten years before I was born – I believe MacCaig is toasting his friend Hugh MacDiarmid (whose English name was Christopher Grieve).”

Read ‘Ballade of Good Whisky’ online via the magic of GoogleBooks

D.A. Prince says; “So many! But this one is an earworm so I suppose that makes it a favourite. When I first encountered this, long before I knew anything of Goethe, The Sorrows of Young Werther, or Weimar, the rhymes insisted on being remembered. Later the contained story, plus the matching neatness of rhyme and behaviour, stuck. I’m afraid that when I finally got to Weimar this was a constant mental backdrop; curiously this suited the politeness and tidiness of the small city perfectly.”

WERTHER had a love for Charlotte
Such as words could never utter;
Would you know how first he met her?
She was cutting bread and butter.

Charlotte was a married lady,
And a moral man was Werther,
And, for all the wealth of Indies,
Would do nothing for to hurt her.

So he sighed and pined and ogled,
And his passion boiled and bubbled,
Till he blew his silly brains out,
And no more was by it troubled.

Charlotte, having seen his body
Borne before her on a shutter,
Like a well-conducted person,
Went on cutting bread and butter.

Read ‘Sorrows of Werther’ by William Makepeace Thackeray on poets.org

Richie McCaffery says “The poem that came to mind for me as being a serious-funny poem is Alexander Hutchison’s ‘No, no’. The text of it is not online but there is a rather quirky performance of him reading it in the street at the 2009 Stanza Poetry Festival on Youtube: Alexander Hutchison reads ‘No, No’ on YouTube. Here’s the text of the poem (it’s meant to be centred):

No – no; well, not
exactly. I mean there
was the living body
they inherited –
there was that –
and what they later
got up to.

“This is a witty and troubling poem at the same time and I never asked Sandy while he was alive what it’s about, so I’ve made up my own meaning. I’m from a left-leaning family and I remember my Dad often referring to the Tories (this is back in the 90s when they were mellower than now) as ‘carnivorous beasts’. I think that label is in some ways accurate, but it’s too flattering, I’d prefer to think of them as scavenging the carrion of all the things they’ve helped to kill. What I like so much about Sandy’s poem is it is presented like some sort of posthumous tribute to an old order, the way politicians try to eulogise a hero and often the undesirable aspects about them are dealt with in bumbling prevarications and qualifications. That’s what I see in the poem, but I’m happy to admit I’ve got it wrong.”

Read Christina Thatcher on humour in poetry in The Conversation. We have more funny poems to come. If you’ve got one you love and want to recommend, send us a link and 100 words on why you think it’s so good. 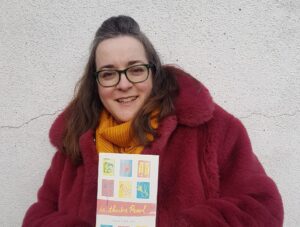