Philip Gross has been publishing poetry for more than forty years and this is an experienced collection in all senses of the word: full of literary expertise but also the pleasures and tolls of maturity. Some readers may be coming to Gross for the first time; others will have been reading him throughout his career: a poet who has published so regularly for so long has experienced readers too. This volume offers rewards for both.

Gross’s early collections were marked by formal dexterity and experimentation of a carefully controlled kind. Over time his poems have become longer, more spacious, perhaps more thoughtful, or rather, more like listening to the thinking than its result. Most of the pieces in The Ice Factory, his first collection for Faber in 1984, fit on a single page; they are tightly constructed and orally memorable (indeed, I remember reciting the lovely ‘Snail Paces’ for a spoken English competition in 1991). Those poems are traditional in the sense that for the most part they establish a rhythm (and often also a rhyme scheme) in the first lines which is maintained throughout the poem.

Gross is still attracted to, and a master of, formal constraint, but the patterns he chooses have become (on average) more subtle and of a longer form. The Ice Factory had no sequences of poems, and only one fairly long one (‘Passages from Africa’); whereas all his more recent collections are centred around verse sequences, and many of his successful formal experiments are now sequential (‘Between the Islands’, for instance, the title sequence of his 2020 Bloodaxe collection, is an adapted sonnet crown).

A few aspects of his earlier work seem to have been left behind: there’s almost nothing in The Thirteenth Angel of the kind of dramatic monologue we find scattered in previous collections; little of the narrative experiment evident in both short and extended poems in earlier work (such as The Air Mines of Mistila, co-written with Sylvia Kantaris, and published by Bloodaxe in 1988); no examples of the sort of light but sharp quasi-ballad which is a feature especially of the earliest collections. We don’t hear other ‘voices’ in Gross’s more recent poetry in the way that we did earlier in his career, even as his own poetic voice has become much more expansive and conversational.

Philip Gross has been publishing poetry for more than forty years and this is an experienced collection in all senses of the word: full of literary expertise but also the pleasures and tolls of maturity

The poems in this collection are studded, as they have always been, with lovely phrases: “the plainchant of speed” (from ‘Smatter’); “so the great / East window translates ordinary daylight, bruised with weather, // into glory” (from ‘Black Glass Sonata’). This kind of thing is satisfying, but not after all that unusual: most acclaimed poets writing today produce telling phrases and the ability to do so is hardly confined to poetry. Rarer and (to me at least) more interesting is Gross’s feel for the sounds of words. His poems and sequences are held together by a large number of masterful half-rhymes, off-rhymes, chimes and near-rhymes:

Here, the peace
of being, its introspection, here, the Countenance

turned inwards, eyes closed, to feel the precise
touch of things – of skin, of moist soil, root-hairs,
fingertip to fingertip, of photosynthesis

like grace, God’s subtlest metaphors,
the highest mathematics, the amoeba’s
quivering one into two; touch that restores

the memory of ocean – one night in particular
so still the sea and sky seemed to exchange
reflections. Shoals of silences, the stars.

Still evident, too, is Gross’ gift for precise observation – including but not only of the natural world – but in a very down-to-earth way, like these wonderful rats from ‘Springtime in Pandemia’ in the collection under review:

on the patio twines with their twitch-
perfect nose for a new chance, and the Spring-

loaded life force that catapults them off,
a slithering tight braid

of here-and-gone-ness, into cover,
their whisker fine grip

on the balance of containment
and quest … well,

I would be a member of another species,
better suited for the times we’re in.

The central evocation of the rats’ play (‘slithering tight braid’) is excellent, as Gross’ observational poetics have always been. Consistent, too, with his work as a whole is the impulse to contrast the rats’ perspective and experience to our own. The description here is held within a conditional clause: “If I could match the deftness …”. The hint of regret is telling: if one had to choose a single term for the type of concise, formal wit of the earliest poems that is less evident in the later ones, ‘deft’ might work well.

Gross has become less inclined to leave things unsaid, more liable to repetition and exploration; he has moved from tighter to more expansive forms. This is not a criticism: this is a very good book of poems, and the longer forms of his recent years are well suited to the philosophical or religious enquiry which now lies at the heart of his work. But there is undoubtedly less of the containment – and more of the quest – in Gross’s more recent poetry.

The angel theme of this collection relates to this evolution but also feels like a natural culmination. Angels have been flitting in and out of Gross’s verse from the beginning, often imagined as the most ordinary things: dust in the poem of that name from the 1991 collection The Son of the Duke of Nowhere (Faber & Faber); a stone gargoyle tries to become an angel in ‘Gargangel’ (from The Wasting Game, Bloodaxe, 1998); even water as it passes through a sluice forms momentary angel wings in the striking first poem (‘Sluice Angel’) of The Water Table (Bloodaxe, 2009).

The tall shut doors of the hall
of the world at which the weight of water,
of incipience, does not need to knock:

feel it there like a shudder
of difference, the engine of change.

With a gradual calibrated rip
like a concord of lathes, with a crypt smell,
two green-grey-brown stiffening blades

of water fold in. They curve, feathering
themselves in free fall:wings

flexed, shuddering, not to soar […]

In this new collection, angels are breath in the first poem of the title sequence (‘Thirteen Angels: Of Breath’); shadows in ‘A Shadow on the House’; ‘merely a thing’ in ‘Crack and Warp’:

but is human, more than, charged with presence
in the corner of your eye.

Angels imply religion of course, though not any particular one, and that too is typical. Gross’s poetry has been religious in orientation for a long time, though markedly uncertain; monotheistic in flavour but not Christian (I can’t recall a single mention of Christ); God always far-off, hard to contact, and not necessarily attentive.

The verse sequence to which this book’s title alludes, ‘Thirteen Angels’, comes at the end of the book. Its thirteen poems recall Wallace Stevens’ ‘Thirteen Ways of Looking at a Blackbird’, but it is headed by a quotation from D. H. Lawrence, a short poem called in the original ‘Song of a Man’ (though that rather aggrandising title is not used here):

No, no, it is the three strange angels.
Admit them, admit them.

Lawrence is remembering or half-remembering various different bits of the Bible, including, probably, Luke 11:5-8, a parable about knocking at a friend’s door at midnight to borrow three loaves of bread for an unexpected guest; the calling of Samuel in the night (1 Samuel 3); and the three strangers to whom Abraham offers hospitality in Genesis 18, who turn out to be angels. The way in which Gross frames his own poem with a quotation of Lawrence’s sub-scriptural fragment echoes the tone of the collection as a whole – several uncertain removes away from any specific creed, but always on the brink of contact with the divine.

The thirteen angels of the sequence are all evocatively vague, both impossible to grasp and touchingly routine – described as breath, ‘A Glassy Thing’, a ‘kind of Music’; ‘flow’; even ‘Inconsistency’ and ‘Emptiness’; they appear “at the interfaces […] between us, each and each other / and each and the tumult of things”. One “clears its throat / like white noise, like a waterfall, like wind” (in ‘Who’d Have Thought’). The thirteenth angel is “not so much the uninvited / at the christening as the one / there are no words for in the language”; there’s a suggestion that this angel is the recording angel (“In fifty years, too late / for you, this will all seem so clear; / the thirteenth angel will have written the page // on which you’re a name”; in the final line of the collection, this last angel is “the world itself”.

‘Angel’ means ‘messenger’, and this sense of poetry’s communicative power – at once modest and metaphysical – is the defining feature of this memorable, strange and often beautiful collection

The typical movement of a Gross poem, for which these quotidian angels are a kind of metaphor, is from the precisely observed everyday-made-strange to a religious question or encounter. The wonderfully evocative list which takes up most of ‘Porcelain’, for instance, ends:

Samarkand,
and spices, strange diseases and the stolen
craft of porcelain
and love, and years,
the lost tracks in the sand, or ploughed field
where the harrow
turns over one,
two, fragments of a plate’s rim, the family best?
And us.
All the Ten Thousand Things.

Here the everyday (broken china) is juxtaposed with all of human and indeed geological history. Allusively, we might remember both Gross’s own beautiful early simile of snails “balancing their shells / Like the family china” (from ‘Snail Paces’, in The Ice Factory) and the parallel moment of discovery (in that case, of a horseshoe) in Mandelstam’s much-translated poem ‘The Horseshoe-Finder’, a poem with a similar historical range. In Gross’s poem, though, the whole sweep of earth’s history is, grammatically, the object not of divine attention, but of His failure to notice:

Or was God
already too busy with His/Her/Their own
splintering
into pronouns,
all sharp-edged and glittering, to notice […]

This evocation of the great and perhaps unreachable distance of the divine is characteristic of Gross’s religious imagination. Angels are a means of contact, a bridge across that gulf and – in their particular Gross-ian imagined ubiquity and ordinariness – a powerful sign of divine immanence. As the opening poem of this collection, ‘Nocturne: The Information’, has it: “Let’s / not go as far as God, but the quiet angels / of the Internet”.

Angels are also associated with poetry itself. The Thirteenth Angel hints several times at the link between angels and the poet:

So that was the career plan, and modest enough: to be
the curator of the chaff of all things, all
the blown-away moments that nobody saw:

A curator … just one of the lesser order of recording angels.

And in ‘The Angel of the Slight’ we meet the

Angel of the caught
breath, of the comma or the careful line break or

small word, barely bearing a meaning, that marks,
that makes, a change in the momentum of the world.

‘Angel’ means ‘messenger’, and this sense of poetry’s communicative power – at once modest and metaphysical – is the defining feature of this memorable, strange and often beautiful collection. 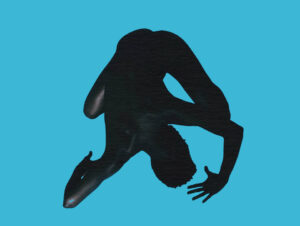 The making of a new crown