Can you recall the first time you encountered a mirror poem? I remember my surprise that lines could make sense read in reverse order, though perhaps more surprising is how quickly thereafter mirror poems seemed uninterestingly predictable – but here’s an exception.

My first random dip into the The Rake was to ‘The Rake Packs up His Troubles in an Old Kit Bag and Smiles, Smiles, Smiles’, a poem I didn’t realise was a mirror poem until after I’d read it. That’s achieved (at least in part) by a homophone and some light-fingered re-attachment of prepositions across line endings – aha, Tristram Fane Saunders is a writer thinking about and playing with form.

To begin at the beginning, you’re pulled into the pamphlet with the opening poem running text straight on from the title, like this:

‘The Rake Takes His Time’

you yourself made immediate victim of this light-fingered rake. What else will he get up to? We already know this, of course, for all rake stories follow a tradition of decline and inevitable fall. Unburdened by the need for all the ins and outs of an unknown story, the poems are free to dance around aspects of art and literature’s many rakes. There’s a nod towards earlier rakes in ‘from The Unauthorised Biography, Vol IV: 1730-1960’ (note the dates) in which “twelve decades” are spent “polishing his craft … / … in dens of moderate iniquity”. Rake’s passage from bad to worse “after a lifetime of these skits and turns” culminates as:

Years pass. He lurches up the gilded stair
from cad to rogue to fiend to devil, till
tripping on national treasure he alights,

breathless, on the upper landing: myth.
And like all myths, not quite the thing it was,
elevated now to something less

than truth, he grows familiar …

It’s Tristram Fane Saunders’s own craft that is polished. There’s nothing accidental in the forms and sounds of these poems. That last line-break (a page-break in this well-set pamphlet) gives us the clever line “elevated now to something less” as well as “less / than truth”. The stages “up the gilded stair” step in solid monosyllables until they lighten with all those ‘t’ sounds towards the final “myth”.

The pamphlet is an excellent £5’s worth, witty, light footed and refreshingly unusual in its skilful attention to pattern and rhythm and rhyme

Rake stories usually have a ‘love interest’ too and hint towards a slight possibility of reform. Here, the love interest is Laura, who (the blurb informs us) “lives nowhere – she’s dead, for now – but she is working on a way to solve that problem”. Rake tries apologies of the “I’m sorry, but. I’m sorry if” variety in ‘The Rake’s Apology (Slight Return)’ but in ‘Laura’s Invitation’ he is merely an onlooker:

Through the keyhole, caught a fragment of the scene:
the ones you were dancing with the ones I might have been.

Whichever page you turn to, its poem is light footed and a delight to read aloud with the sort of rhythm that takes work to perfect. Poems that rhyme can have extraordinary rhyme schemes, too. ‘The Rake’s Apology’ rhymes its two five-line stanzas in reverse order, line 5 with 6, 4 with 7 (that’s a great one: ‘biscuit’ with ‘busk it’), 3 with 8 and so on. “Indeed” – all fifteen lines of ‘The Rake’s Looking Glass’ share that single rhyme.

Tristram Fane Saunders’s wit can even animate a list poem, ‘The Rake’s Carriage’. It opens:

By which I do not mean my gait.
Not my bearing, but what bore me. If it bored me,
I’d another by the time the hooves had stopped.

before escorting us through more types of carriage than I’d ever heard of, right down to “[…] a sidling crabwise Jingle / ‘entirely peculiar to Cork’.”

In the longer final poem, ‘the rake makes amends / a skipping song’, stanzas within each of its three sections rhyme aababac, that ‘c’ constant across all final lines within their section. In a poem which really does skip along, here is what the blurb calls Rake’s “well-deserved fall”, complete with boatman into whose pocket “like milk into ink / a pallid hand slinks / […] / and picks” – Rake still up to his tricks, even though carrying a “bag of amends”. It’s a poem which bears many re-readings for its shiftiness in covering the ground, as well as the brilliant ending with Rake’s “one last resort”. No, no spoiler for that one! The pamphlet is an excellent £5’s worth, witty, light footed and refreshingly unusual in its skilful attention to pattern and rhythm and rhyme. 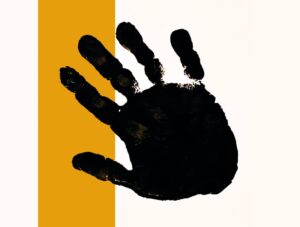 Prizes prised from the perished