These three ‘Paisley’ poems are from Hamish Whyte’s Testimonies (Scotland 1623 –1930) forthcoming this month from HappenStance Press. Whyte was inspired by Charles Reznikoff’s Testimony: the United States (1885-1915), a document-poem drawn from the voices of witnesses, victims, and perpetrators discovered by the author in criminal court transcripts from several American states. Here, he does something similar for Scotland, making these ‘found’ poems out of reports of trials in Scotland from the 17th to the 20th century. Whyte says: “These are lost stories and voices found again and speaking to us down the ages. They show us what we have always suspected—that some things don’t change.” Whyte’s skill is in the choosing, and the framing. The poems offer us a fascinating glimpse of real people and real life, even down to actual reported speech. There’s tragedy here, and there’s a kind of dark comedy too, and ultimately a realisation that the concerns of the people who populate them are not so far from our own.

Margaret Whythill, spouse to James Love,
said she saw James Algie, a merchant, bring his wife
to the close mouth and throw her down
in the strand and saw her rise again
and follow him up the close and say
‘I’ll never live with you, do to me what you please.’
She saw this happen three times.

Euphemia Perrie, aged forty-six years,
said she saw Algie struggling with his wife
on the stair head, and she, desiring to be in,
he would not suffer her, and desired her
to let him see what she had; and she
held out both her hands and said, ‘I hae naethin.’
He would not let her go in and threw her
over the stair and she cried out,
‘Will none help me, but suffer me to be murdered?

William Wilson of Mains, in Eastwood Parish,
courted a Miss Ferguson but failed to win the consent
of her friends to their marriage, so he took her off to Edinburgh,
where, in the Canongate, in a clandestine and irregular way,
he was married to his lady-love by a person not authorised
by the Kirk, and cohabited with her and owned her for his wife.

For this he was fined one hundred merks and jailed for three months.
The fine was put to the repair of Rouken Bridge (which happened
to be near Wilson’s residence) and anything left over
was given to the poor.

James Moody, innkeeper,
was summoned before the sheriff
by Robert Ewing for payment
of a debt of £8 due by bill.
Moody denied he owed more than £4
and alleged the bill had been fraudulently
obtained from him when the worse of drink.
Moody gave one juror ten shillings,
promising more if he got off, and to another
he offered the occasional use, free of hire,
of a horse.

Hamish Whyte was born near Glasgow where he lived until moving to Edinburgh in 2004. He has worked as a librarian, reviewed crime fiction for Scotland on Sunday and has been an Honorary Research Fellow at Glasgow University. He has many pamphlets to his name and three full collections have been published by Shoestring Press, most recently Paper Cut (2020). He has also edited many anthologies of Scottish literature, including Mungo’s Tongues: Glasgow poems 1630-1990 (Mainstream, 1993) and Scottish Cats (Birlinn, 2013). His prose memoir Morgan & Me (HappenStance, 2020) recalls a thirty-year connection with poet Edwin Morgan from the perspective of publisher and personal friend. He runs the award-winning Mariscat Press. 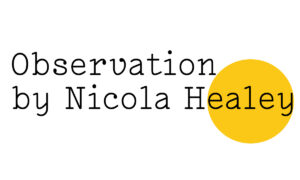