Fiona Moore reviews Eat Or We Both Starve by Victoria Kennefick (Carcanet, 2021)

Visceral is an adjective often used in reviews. Victoria Kennefick’s first collection Eat Or We Both Starve really deserves it, with a slithery pile of organs, flesh eating itself, a graphic mix of delicacy and gore, blood and roses, the filth and virtue of saints, over-eating and starvation.

The book is dedicated to the author’s mother and its first poem has the title ‘Learning to eat my mother, where my mother is the teacher’. This feels as relevant to revulsion at eating animal flesh, as to metaphors of children eating their parents. The author stopped eating meat aged eight, yet has imagined (or remembered?) accurately the experience of eating lungs: “buoyant, / porous, melt-in-the-mouth”. ‘Cure for Anaemia’ describes trying to follow doctors’ orders and return to meat:

I take a bite. It is my own stomach
in boneless pieces. I screw up

my eyes, furry inside, filled
with butcher’s flies. I cry, my throat

refuses peristalsis. The fist of meat remains,
I smell it when breath escapes.

The description of horrors with relish and an undertone of humour is typical, as is the easy free verse with story-telling speed and rhythm

In an interview for the T.S. Eliot Prize, for which the book was shortlisted, Kennefick talks about capturing the extremes of human experience: feast and famine, excess and denial, “the act of consumption and everything that means”. This gets linked to guilt: in a therapy session about eating, ‘in Alternative Medicine’, the speaker is brought to recall a twin (real or imaginary) which she consumed in their mother’s womb. Elsewhere she sees envelopes addressed to “that greedy V”. Even the Dublin Post Office, site of the 1916 Easter Uprising, is experienced both as a shrine and as consumable (or not) in ‘Cork schoolgirl considers the GPO, Dublin 2016’. She wears a uniform “the colour of bulls’ blood”:

I lick the wall as if it were a stamp,

it tastes of bones, this smelly city,
of those boys in uniforms,

theirs bloody too. I put my lips

to the pillar. I want to kiss them all. And
I do, I kiss all those boys goodbye.

The description of horrors with relish and an undertone of humour is typical, as is the easy free verse with story-telling speed and rhythm. Humour helps the horror go down well, in most cases. However ‘Researching the Irish famine’ is, fittingly, unalleviatedly grim in tone, and slow moving. The famine lurks in the book’s background anyway and comes to the fore in these diminishing, powerful verses describing the grim processes of starvation.

The poem ends “All we do now is eat.” Endings are occasionally pushed home hard in the book and here this feels like a coda that could have been left out, especially in a verse containing the wonderful phrase “statues to honour hunger”. The reader doesn’t need to be told.

In her interview, Kennefick discusses growing up as an Irish Catholic woman, against a background of female martyrs often linked with self-harm, colliding with contemporary expectations that women should be attractive and available. That’s another set of extremes, illustrated by several poems throughout the book entitled ‘Hunger strikes [female name]’, from Angela of Foligno to Victoria Kennefick (“strikes” being a verb here, so a pun). Victoria wonders whether to stuff herself full or

zip that mouth
closed like a jacket,
a body already
contained within.
It doesn’t need
to feed.

Sylvia Plath’s bold, graphic poems of suffering are surely an influence and she gets a couple of references, including a visit to Heptonstall graveyard. Kennefick’s interview refers to the loss embedded in identity; one loss is that of her father, which she says is in the background along with the sea, “a smell of salt through all the poems”. There’s a lot else in the book too; the best poems mostly address her core themes. The nearly 70 pages of poems are an enjoyable read though a few more anecdotal ones could have been left out. This tends to be a Carcanet thing – they are a publisher generous with book length.

Beyond Ireland, Kennefick’s poems leave readers to draw any contemporary conclusions they like about the politics of eating, whether it’s factory farming or meat consumption’s contribution to climate crisis and world hunger. That’s fine: these poems centre on the weirdnesses of how we consume and how we think about it, and you won’t find their viscerality in any prose polemic.

Fiona Moore’s first collection The Distal Point (HappenStance) was shortlisted for the 2019 TS Eliot and Seamus Heaney Prizes and was a PBS Recommendation. She is on the editing board of Magma. 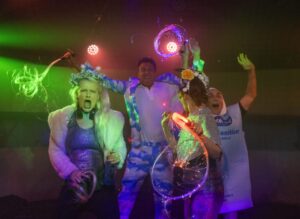 I could have been betterer. Et-fucking-cetera