Slug is a lovely work: entirely unpretentious, delightfully unabashed, and generous. There are many poets – many women poets – writing about sex and birth, about penises and vulvas, about the loss of virginity and the loss of grandparents, but the way Hollie McNish writes about them feels inimitable, fresh-faced, undressed. Her writing has attitude, and is honest. Like soup and pudding, or cheese toasties (with mustard), it does not beat about the bush, nor does it hide under or amid unduly flowery phraseology. There are, meanwhile, welcome breaks in the vernacular, moments of poesy so well crafted and delightful as to elevate the reading experience to something joyous, as well as fun. And, much to her credit, McNish achieves what so many who write about the past aim for, which is the singling out of almost-lost reminiscences, habits locked away in obscurity and remembered, jointly, between poet and reader, like “drinking tea sucked up through a twix”.

McNish’s sixth publication, following four poetry collections and one other cross-genre book, Slug is an assemblage of poems, personal anecdotes, short stories and life lessons. Most of all, it reads like a spoken biography, owing to the conversational, personal naturalism that is McNish’s house style. Written as if spoken aloud, with frequent and liberal use of profanity (shites and fucks punctuate her poetry as well as her prose), the book comprises seven sections, loosely organised by theme. Each section contains poems interspersed with “the memories, thoughts or research that inspired them”, and ends with a short story, “for no real reason […] other than I also love writing stories”. See? Honest.

oh wishbone of this body
are you baffled by it all?
all those battle declarations?
all those blades held to your neck?

Contextualising a poem can take anything from a few lines to several pages, and Slug’s prose chunks often become tangential, like someone left to ramble at a dinner party. Which is not to the book’s detriment: Slug is the kind of person you might wish would be left to ramble at a dinner party, like a down-to-earth, slightly eccentric oracle – a teacher who really cares. One section makes a case for normalising dogging; another discusses why FGM might be eliminated within our lifetime. McNish recognises the power of simply talking about something in the right way, at the right time.

When asked, after a book reading in a school, why she doesn’t work from home, McNish ‘bit the bullet’ and included, among several reasons, that she ‘often get[s] distracted by the possibility of masturbating’. At the book signing that followed, she’d ‘never had so many female students wanting to talk to [her]’, most of whom thanked her for ‘just mentioning’ it. Such expositions are suffused with a presumption of intimacy, and will land well with many readers for their no-nonsense, no-holds-barred, no-gloves candour. This bluntness also bleeds into many of her poems, such as “reasons I might be late for the school pick-up”, which ends with the line, “forgetting that I have a kid”.

i’m told not to admit it – not to write it
sick girl to speak of a beauty in blood
but i must. because at that peak of each month
when the brown soils have sulked away
mud phase at its end, when all that i’m left with
is red: cherryade soup; neon blood sunrise;
vertical life-line; lava spills straight
from the insides of earth

(from ‘showering on my period’)

Slug sees no reason to take on the grand themes of the modernist tradition. McNish’s poetry might even be a conscious disavowal of that (mostly) male-dominated tradition; writing of tampon virginity, the joys of spooning while watching Star Wars, or ‘fifty ways to wank’ hits a very different mark to the cantos of Ezra Pound. Clitorises formed of concrete poetry (as in ‘magician’) did not, I believe, grace the page of TS Eliot, or Virginia Woolf for that matter. But that’s basically the point, isn’t it? So few people read poetry regularly, yet so many will find something to love in, say, ‘masturbation meditation’ or ‘the morning after’. Is helping young people to talk openly about fundamental rites of passage – about which education, historically, has been scarce – any less lofty a goal than the “rhythmical creation of beauty“?

Hollie tells us, her listeners, exactly what sort of mental processes, sentiments and intentions underpin her poems. This is not for every poet, nor every reader. But in the present context, it works

my body, liquid metal now, melts into its flesh;
lips, the first to soften, dribble mirrors down my neck
and chest; fingertips, once knife-edged, seep silver
rivers from my palms;

a final gasp for life until, puddle soft
i’m gone

If the poems in the collection represent an attempt to demystify certain topics, as so many of them do, then the form of the book itself is a continuation of that effort. The potential opacity or translucence of a poem, which when lauded in a classroom setting turns so many kids off the form, is removed by the provision of context. Hollie tells us, her listeners, exactly what sort of mental processes, sentiments and intentions underpin her poems. This is not for every poet, nor every reader. But in the present context, it works: not only does it include readers who are younger and / or less attuned to unpacking poetry; it also demystifies the practice of writing poetry for those who might want to give it a shot but “don’t know how”.

Slug has reach, punch, flair and verve. It is the work not just of a poet, but also of a mother, a teacher and a friend.

Finally, it is worth noting that, despite the emphasis the collection places on telling it like it is, its poems do not lack artistry. McNish is a rhetorician –

if we’re going to save the planet
perhaps we need to ask:
is the virgin sipping bottled water
still more holy than the whore
who fills a flask?

– and a wordsmith; she makes it known that she can craft a stanza, pluck a simile, conjure an original metaphor and juxtapose two likely never-before-juxtaposed things. In ‘summits’, for example, she lists a number of “beautiful first times” – first snog, first shooting star, so far so ordinary. Then:

In ‘women orgasm more easily when they feel safe and comfortable’, titled without prevarication, she writes,

on those rare days
when home is a
honeycomb abandoned

and quiet makes
a concert of your waking
birdsong breaths

on those rare days
of solitude;
everything is sex

Even if she sometimes reads like a self-help greetings card, as in her invocation to “be the best / at being you” because you “will never be the best / at anything you try to do”; even if she must never use a capital letter; and even if some of her poems feel unfinished, like strokes of paint on the page rather than fully formed works, Hollie lands on solid feet. Slug has reach, punch, flair and verve. It is the work not just of a poet, but also of a mother, a teacher and a friend.

let’s glide along below these stars
all dew; all moon; all muscle 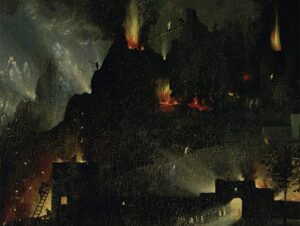