Woods, words, a sword of spells bunched up on a larch

Maggie Mackay reviews Shelling Peas with My Grandmother in the Gorgiolands by Sarah Wimbush (Bloodaxe, 2022)

Sarah Wimbush is a Leeds-based poet who hails from Doncaster. Her debut poetry pamphlet, Bloodlines, won the Mslexia / PBS Poetry Pamphlet Competition in 2019. It was published in 2020 by Seren and shortlisted in the Michael Marks Awards. In 2020 she was a winner in The Poetry Business Book and Pamphlet Competition with The Last Dinosaur in Doncaster, published by Smith|Doorstop in 2021.

Her first book-length collection, Shelling Peas with My Grandmother in the Gorgiolands is wise, witty and generous. Wimbush uses a range of forms to open up the reader’s experience and to tell the many stories in the collection, bringing the music of jigs and hornpipes on Romany triple harps to the page. It’s a fresh and alive space of reflection, and a celebration of a voiceless people; an elegy to a way of life, and to a language.

These poems are proud companion pieces to David Morley’s The Gypsy and The Poet (Carcanet, 2013) and Fury (Carcanet, 2020), and to Raine Geoghegan’s Apple Water, (Hedgehog Press, 2018). The language, customs and heritage of the Roma people are also celebrated in Parramisha (Cinnamon Press, 2020) where Charlie Chaplin, Bob Hoskins and Django Reinhardt whisper, sing and kick up a racket.

Split into two sections, the first develops aspects of her Romany heritage. We meet Gran Violet, Daddy, Hannah, Lizzie and Cinderella, Tommy, and the Uncles Reg and John. Wimbush takes snapshots at fairs and around campfires, trading, opening up rituals in Black Country locations, with an intimacy which fizzes with life. The first poem, ‘House’, introduces us to the Traveller’s experience of a settler’s space, a sense of being boxed into so many rooms, “Each one so big. / Each one so high. / Each with a door.” A wooden stairway leads to a “framed sky” — a window full of light.

The title poem gives advice on how to deal with the non-Traveller population. A litany of superstitions, customs and beliefs are listed repeatedly preceded by the instruction ‘never.’

Never smoke a pipe until you’re at least ten and steer clear
of them North Country folk with their hob-cobbled jib.
Never go to the fields in your grubbers

It’s a lively piece like a dance for a young woman about to begin her adult life.

‘Mother Tongue’ is a musical four-part poem which plays with the Romany language, engaging cultural references.

King Esau Smith is honoured as a storyteller,

a fine mush who’d chor
the earth to protect
the poorest — their Robin Hood.

Translations are given at the foot of the poem — mush: man, chor: take

‘Carroty Kate’ brings to life a proud Romany character. She’s strange to the non-Traveller’s eye, “dressed in last night’s campfire / and dead men’s boots.” Redheaded like “a thousand foxy hawkweeds”, she’s full of attitude, getting by with fortune telling from town to town. In the past she would have been hanged as a witch “just for being” — an issue which still occupies us today when pardons are sought for those found guilty of what was supposed a crime.

Shelling Peas with My Grandmother in the Gorgiolands is wise, witty and generous. Wimbush uses a range of forms to open up the reader’s experience and to tell the many stories in the collection, bringing the music of jigs and hornpipes on Romany triple harps to the page

Wimbush adapts her form to suit her subject matter. In the ballad ‘John Thomas,’ the anaphora ‘he’ is employed to create lyrical momentum as his habits, influences, kin and crimes unravel before us. A womaniser, he gets by with odd jobs, and lives on a prayer and good luck. It’s an earthy poem, brimming with  testosterone and movement. Continuing the focus on Romany life, ‘Pitched early mornin’ at encampment o’ Gypsy king Esau Smith’ is a beautifully luminous piece of action and a sensory exploration of Black Patch’s slag heaps, pitted charcoal and cinder mounds. This world centres on a group of sisters searching for “metallic gems, glass-chinks, glossy vonga,” and spending their evenings eating by the yog (fire) and smoking Black Twist tobacco in clay pipes,

[ … ] liquorish ribbons
spiralling  into throat-tightening bitterness
the darkness beyond littered with diamonds.

‘The Bittern’ is a delicious working of images slipping from autumn into winter. After the soft fruit and apple harvests are done, life removes to a cottage where pheasant and quail is served. My tastebuds salivate at the idea of  the preparation in this small kitchen, and we’re made aware of the use of the whole bird:

how to baste the skin to gold
how to skim the fat for rushlights
and axels, how to eke the meat out

After a hard wintering, the call of the bittern hails the arrival of spring. Its call, “a deep whoohu-whoohu” touches the soul, carried for miles on a still day. It’s beautiful poem, mixing both material poverty with natural beauty.

Wimbush makes a political point in ‘Census 1911’, telling us how the Roma have been made invisible. They don’t seem to count as the form assumes a static lifestyle. Fanny becomes Annie, birthplaces and occupations are altered. Elizabeth has no work though she will always be a pedlar and Noah is a boarder, not Elizabeth’s brother. Inspired by David Morley’s ‘Lyrebirds’, ‘Gifts’ is a mystical love song to the giver from the learner. It’s packed with magical images celebrating the beauty of nature, of the diversity of dialects, songs and accents.

You gift reed warblers perched on candelabras in the mist
I discover woods, words, a sword of spells bunched up on a larch.

We hear the influence of Liz Berry’s ‘Bird’ and Ted Hughes’ ‘Wind’ in Wimbush’s use of muscular colloquial language, of glossaries, and powerful voices

Section II of the book moves us into the contemporary domestic, changing the focus to urban city living and the tone to suit. We see the poet’s home town, Doncaster, its mining heritage, its trials and tribulations, meet her dad, learn to drive in a Ford Capri and look inside a close-knit community. We hear the influence of Liz Berry’s ‘Bird’ and Ted Hughes’ ‘Wind’ in Wimbush’s use of muscular colloquial language, of glossaries, and powerful voices.

In ‘Pilgrim Queens’ Wimbush adopts a wider perspective on Romany migration. She celebrates Romany skills and medicines, their fighting spirit and their wisdom, their faith, resolve and determination. The poem has movement and pace brought about by the repetition of ‘Some’ at the start of each line.

Some brought oiled paper for windows, bolster pillows, dogs.
Some wore the flame of a matriarch; some were mice, some shrews.

‘The Pencil Sharpener’ reveals the same father’s aspirations for his daughter, and the sacrifices made by a working-class family — the sharpener acts as a metaphor for advancement of learning. A blunt stub, the new student, becomes “skin-fresh,” “a tack”. The pencil is peeled “like a pear”. The poem is both down-to-earth and tender. Dad makes another appearance in ‘Giant Leaping.’  A series of cinematic sketches reveal his energy, resourcefulness and inventive powers to much comedic effect. He’s a large figure in the narrator’s life and at eighty he’s “still lopping logs with a chainsaw / like peas in a pod”, an echo of the collection’s title. It’s a long ribbon of a poem unravelling like a long life.

‘I learned to drive in a metallic blue Ford Capri’ is located in time by specific references to TV detective programmes — Bodie and Doyle, Starsky and Hutch. There’s humour throughout — “Her big end fell off”. Our senses are tantalised by the sounds and the smells as the speed builds on back roads “going faster, going farther, going for ever, nothing better —“. There’s nothing like that Ford Capri, and that punchline.

I am reminded of  the ex-mining communities in which I taught on reading ‘Near Extinction.’ Strikes failed to save the mines amid “burned-out cars, / burned out hearts”. It’s such a sad poem — “waiting for the snowdrops”— reminding us of the damage caused by the death of a major industry. The final man down, the last dinosaur. And in the last poem of the book we hear the voices of the miners who gave life to this place — the “Undermen”. ‘Our Language’ is a prose poem rich in the detail of industrial hardship stretching over many centuries. It celebrates friendship and faith, roars with kindness, and lingers over the stillness of a day’s fishing. This language is “black lung and unwritten / songs. It is soup kitchens, work vests, hewers. Picks.’ It’s about survival, keeping it alive.

[ … ] I could catch this language and write it out
for those who want to know, I could place it in their palms to
hold like a squab and watch it swell with all its ‘boot rooms’
and ‘slack,’ because our language still exists.

Sarah Wimbush reads ‘Near Extinction’: a Poetry Film about The Miners’ Strike 1984/5 on YouTube

Maggie Mackay loves family history, winding it into lyrical poems in print and online journals such as Ink Sweat &Tears, Prole, Spelt, Southlight and in several anthologies, including ‘MeToo’ and ‘Bloody Amazing!’, both winners of Sabotage Awards. Her pamphlet The Heart of the Run was published by Picaroon Poetry in 2018 and her collection A West Coast Psalter, Kelsay Books in 2021. The Poetry Archive WordView 2020 awarded her poem ‘How to Distil a Guid Scotch Malt’ a place in the permanent collection. She is a MA poetry graduate of Manchester Metropolitan University and a reviewer for SphinxReview. 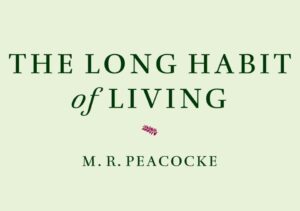 It’s written and can’t be amended, this book