Martin Figura’s poem ‘Saturday Morning’ finds a kind of beauty in the most unlikely places — the second hand, the imperfect, the broken — all things of dubious financial worth. We love the finely observed detail, the vigorous language and the mixture of humour and compassion, and we found ourselves cheering on his final appeal in support of the marginal, the mongrel, and the ordinary.

That paving slab the working week
squared away and set to rest, leave them
to their tea, their Chronicle, the felt pen reek
of circled ads, let unencumbered men

go, go, hungover in their dinted vans
to village halls, Toc Hs, or to, best of all
the tattered periphery of nowhere towns,
their tidal wash of clearance sales.

On puddled car parks, they disembark
in cardigans and arse-crack slacks,
sucking teeth and blowing smoke –
Jason and the Argonauts on Betamax.

At their heels, dogs and mongrel kids
with sticks, some their own, some found
scurried loose in reclamation yards
fidget-eyed and thin like bacon rind.

A sugar cube fizzes in a polystyrene
cup of tea, teach your children only this:
rummage your fingers to the bone,
hoard for pleasure, not some apocalypse.

This is their philosophy, what else can life be
but a craze of lacquered boxes
and only so much pocket money
for:  trinkets, knickknacks, broken watches,

a figurine (flawless like the Venus
de Milo but for badly-glued-on-arms),
nine hundred and ninety-nine jigsaw pieces;
on the box lid, a shepherd counts his lambs.

Let no surface go uncluttered, let all
drawers jam or spill, let cupboard doors
refuse to close, fill your heart and attic well
go there often, crawl a little closer to the stars.

Memory creases, snags and unspools
like a tossed C90 tape, in the gloom
a limbless doll’s acrylic eyeballs
flicker in the torch’s mordant beam.

Know that in this solemn world
we’re all worthy of being held.

Martin Figura was once described in a hospital referral letter (bad back) as ‘a pleasant 58 year old gentleman’. The collection and show Whistle were shortlisted for the Ted Hughes Award and won the 2013 Saboteur Award for Best Spoken Word Show. Shed (Gatehouse Press) and Dr Zeeman’s Catastrophe Machine (Cinnamon Press) were published in 2016. The Dr Zeeman’s Catastrophe Machine Show was shortlisted in the 2018 Saboteur Awards and is currently touring. He lives in Norwich with Helen Ivory and sciatica. Together they began hosting Live from The Butchery Zoom readings during Lockdown with leading guest poets. 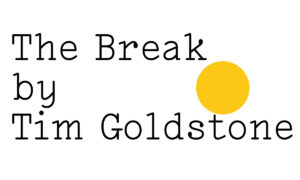