Liz Cashdan’s poem initially promises a portrait of her mother, but mother turns out to be delightfully resistant to the poem’s framing device. The writing is open, precise, and clever, drawing the reluctant mother out of her beloved concert hall and into the Kent sunshine then gently manhandling her up into the hop-picker’s caravan. It succeeds in delivering the promised portrait, in a slightly subversive way, while also making a subtle comment on the socio-economic conditions of manual labourers. It’s a confident and neat poem, wry, insightful, and compassionate, and we like it a lot.

Portrait of my mother as a hop-picker

She would never have done hop-picking
so this portrait is going to be difficult.
She hated the open air, the sunshine,

meeting up with ordinary folk, shopping
at the Co-op. She liked cool dark evenings
at the theatre or maybe at the Festival Hall,

Emil Gilels playing Beethoven’s fifth,
the one that starts on the piano, so how
can I get her away from the front stalls,

the insistent rhythms of that triplet
unfurled by Gilels’ fat hands
after the E flat affirmation, and out

into one of their caravans for her supper,
and at the end of the week, she’d have earned
less than the cost of the concert ticket.

Liz Cashdan is a tutor for the Open College of the Arts and former chair of NAWE. She lives in Bristol and belong to Bristol Stanza. Her last collection was Things of Substance: New and Selected Poems (Five Leaves Publications 2013). 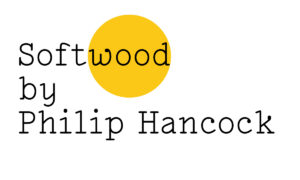