We chose ‘Phobia’ by Nicholas Hogg to be our Friday Poem this week because we enjoy the way the poem first builds up and then punctures the bluff, masculine persona of the narrator. It poses the question what, really, is worth our fear, and suggests that, in the end, there’s nothing as scary as revealing something of our inner selves. It’s confident, conversational and entertaining, but with a gently serious side too, and we like it a lot.

We used to play a game called Stuntman,
I explain, when once again I’m called a psychopath
because I don’t get scared on fairground rides.
I try to convey that fear
was leaping off the Co-op roof into a skip
filled with cardboard,
and a box of broken tube lights
spiked underneath. Or the act of faith
required when jumping from the canal bridge
into the lock, and not knowing
if a sunken trolley, stolen bike, or the rusted
bonnet of a lethal wreck, was waiting in the deep.

Once you’ve given in to the dynamics of riding
a motorbike with no helmet
the wrong way up a by-pass,
because it shows the other kids you are fearless
and can’t be fucked over without consequence,
then screaming on the log flume at Alton Towers
seems pointless. In a loop on a rail at a hundred feet
I sit, immune to fright.

One man who had me sussed
was the soldier I met in Goa, talking war
in a beachside bar. I challenged him to a swim
out to some rocky point in the moonless dark,
and he grinned,
turned back to his beer, and dared me
to read him a poem.

Nicholas Hogg is the author of Tokyo, now in production as a Ridley Scott film starring Eric Bana. His short stories have won numerous awards, and been broadcast by the BBC. He has recent work in Ambit, Poetry Birmingham, Magma, and The North. In 2021 he received the Gregory O’Donoghue International Poetry Prize. Nicholas Hogg’s website is here, and his Twitter is here. 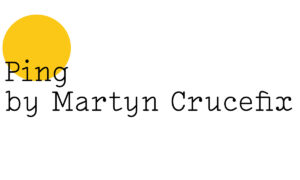