Pearls take years to form. They are strong, rare and costly. They represent wisdom. They are the only gemstone to come from a living creature. Pearls have an unshowy, timeless quality. They are beautiful. They shine. All of the above is pertinent when discussing Helena Nelson’s Pearls: the complete Mr and Mrs Philpott poems, a unique jewel of a book, twenty years in the making.

Although Pearls will delight Helena (Nell) Nelson’s countless friends and admirers in the poetry world, it is a book to be enjoyed by people who think they don’t like or understand poetry as much by those who do. It’s a compulsively ‘good read’ that subtly conceals its author’s considerable technique. It’s hard to make poetry look this easy, but then Helena Nelson, for all her knowledge and experience, has never taken herself, or Poetry, too seriously. It is this lightness of touch that carries the reader along. It’s only when you reach the end of Pearls that you realise the significance of what you’ve read. This story of an unremarkable middle-aged couple’s second marriage is a profound and universal exploration of how love shifts in any long-term relationship; how it can stumble sometimes, lose its footing, or lose its way completely, then rally; how it can frustrate, disappoint and irritate one minute, then unexpectedly delight and console.

Each poem holds an everyday moment or a thought up to the light from the point of view of one of the two protagonists, so that we come to see what Helena Nelson calls their ‘ordinary, difficult love’ more clearly, poem by poem. Although the poems tell a story, each one stands alone. It’s like pearls being carefully held, then strung one by one onto a single thread. The poems have straightforward titles, often concerning domestic matters: ‘Ironing’, ‘Polish’, ‘Sheets’, ‘Curtains’, ‘Cake’. Some are quirkily humorous: ‘A Hesitation over Socks’, ‘The Vengeance of Inanimate Objects’. Other poems reflect the Philpotts’ shifting interior lives and inner musings: ‘Flaws’, ‘Absence’, ‘Anger’, ‘Tense’, ‘The Mood’, ‘The Change’.

… a unique jewel of a book, twenty years in the making

The poems are grouped into twelve sections, each introduced with a small drawing from artist Gillian Rose. The cover illustration, in shades of lilac, blue and silver, shows Mr and Mrs Philpott asleep in a snug double bed with comfortable, plump pillows. They lie facing one another, but their closed eyes, the frown on Mr Philpott’s forehead, and the thin, tight line of their mouths, tell us that their dreaming minds are far away in private worlds.  This theme of isolation within a relationship recurs in the poems. In ‘The Spaces in the House’, we find:

Two people
in a house with sundry spaces
in which
each person
is alone.

The upstairs bathroom
and the downstairs toilet
are solitary places

They are in many ways inscrutable to one other, but ultimately the Philpotts need each other:

She doesn’t yearn for him
as he yearns for her

but in the night
when the stars grow dim

The Philpotts are reclusive and somewhat eccentric. Their first names (Val and Nicholas) are rarely mentioned. He is mostly ‘Philpott’. She is ‘Mrs Philpott’. It’s as if they are trying to withhold themselves from us to some extent, as they do with one another. Sex has largely taken a back seat, but ‘still occurs’:

Nicholas Philpott isn’t skilled at sex
although he thinks he is.
His second wife knows about socks
and anxiety. She doesn’t miss
the tattered copy of The Joy of Sex
once purchased by her husband’s ex.

Why does she sneeze again and again
at the faintest suspicion of fluff?

Why does she clean the shower three times
when once is more than enough?

But obsessive cleaning and cooking are a solace to Mrs Philpott, who is by nature an optimist. The soothing aesthetic of jam-making is deliciously evoked in ‘Preserves’:

Slowly she lets
the red juice seep. In jam, the sleep

of summer simmers, part of the heart
of the jam-maker. She fires her pan
into melody and the music sets

One thing I omitted to say earlier regarding pearls is that they are sometimes seen as old-fashioned and small-c-conservative. They call to mind an image of ‘twinset and pearls’ or a discreetly bejewelled, smiling royal personage. But then the Philpotts are old-fashioned. She wears an apron, bakes cakes, irons everything including socks. He goes bird-watching, worries about money and health, calls his wife ‘dear’. The poems too have traditional features — they employ alliteration and rhyme; they use punctuation and form, straightforward language, and clear sentence structures. But this, it seems to me, is their great strength. They are wonderful poems to read aloud. They play on the ear like music and have deep subtlety without a trace of obfuscation. The poems, like the Philpotts, are unashamedly true to themselves.

They are wonderful poems to read aloud. They play on the ear like music and have deep subtlety without a trace of obfuscation

The poems towards the end of the book are especially moving. Here, as the Philpotts age, they encounter illness and the fear of death. The relationship comes under increasing strain, and we experience this with them:

It happens to the best of us. We go, or bits of us
depart. The head, the heavy hip joints. The heart.
No-one’s ever ready for this breakage, bit by bit,
this losing of grip.

But magical things happen sometimes, even in the most ordinary lives. At the end of the book there is a symbolic and quite literally ‘fairy-tale’ moment concerning pearls that took my breath away. I won’t say more than that. But do read Pearls. It’s a book unlike any you’ll have read before. You could say it’s ‘the pearl of great price’, except that it only costs £10 if you buy direct from HappenStance! 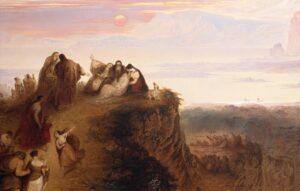 The end of history?

Book Review: Mat Riches reviews You have no normal country to return to by Tom Sastry (Nine Arches, 2022)