Suji Kwock Kim’s parents and grandparents were born in what is now North Korea, near the North Korean-Chinese-Russian border. Her father’s and mother’s families are among the estimated ten million families that were separated and divided between North and South Korea in the aftermath of the Korean War that took place between 1950 and 1953. Kim addressed the war’s impact on her family in her 2003 award-winning collection, Notes from the Divided Country, and she does so again in her new and compelling pamphlet, Notes from the North.

The first poem, ‘Notes from the Forgotten War’, is dedicated to the poet’s father, and it speaks in his voice to his father, the poet’s grandfather, who was taken away for questioning by “Northern soldiers” and never seen again. Kim’s father’s voice tells the story of the harrowing journey south during “a war between gods who weren’t gods”. It is not a poem for the faint-hearted, with “the smell of people rotting who hadn’t died yet” and the need to eat “lice from our own bodies / until our gums bled”. A boy bites down into his arm “to take his mind off the gash that ripped his stomach”, and the poem concludes like this:

I think of the loneliness of the dying,
the bodies I saw along the way, rotting separately:
I think of that boy biting his arm, who didn’t live through the night,
wild dogs gnawing his skull in the morning, his whole face
an ‘exit wound’ —
I think of a carcass foaming with maggots,
the bone black with hatching flies.

The narrative voice can only speak of what was individually felt and experienced; the broken, the lonely, the separate, every detail unique, not to be subsumed under a general umbrella term such as “exit wound”. This last phrase, along with the dedication and the “forgotten war” in the poem’s title (suggesting a contradistinction with the better-known Vietnam War), call to mind Ocean Vuong’s 2016 collection, Night Sky with Exit Wounds. Whether this intertextuality was intended by Kim or not, Notes from the North possesses an intentional internal intertextuality that gives it both potency and coherence.

Kim’s father’s voice tells the story of the harrowing journey south during “a war between gods who weren’t gods”. It is not a poem for the faint-hearted …

‘Children of the Revolution’, for example, contrasts North Korean propaganda and slogans with the reality of “[eating] anything alive to stay alive”, and this disparity is evoked again in ‘The Ministry of Truth Rebrands the Famine’:

Parade music, please!
We ‘march’ together
when we starve separately,
for the General eats for all.

‘Snowlight’ uses an innovative lineation pattern to emphasize the sense of nothing remaining when someone completely disappears, and the “light” in the title is echoed by ‘Searchlight’, a powerful prose poem that tells of “the labyrinth of the moment your grandfather left your father as a child, whispering Wait in the woods until I come back. […] He never comes back.”

The word “search” appears again in the title of the next poem, ‘Search Engine: Notes from the North Korean-Chinese-Russian Border’. The “labyrinth moment” in ‘Searchlight’ is rendered here as “a wormhole // that has no end”:

Grandfather, stranger,
give me back my father —
or not back, not back, give me the father

I might have had:
there, in the country that no longer exists,
on the other side of the war —

The motif of what-might-have-been is found also in ‘Notes from Utopia, Inc.’, when the poet visits North Korea and considers “the other life [her grandfather] might have lived”. The poem reflects on the surveillance required to maintain a totalitarian regime, with each face in the rush-hour crowd “shadowed by that looked-at look”. In the subway stations there are giant images of Kim Jong-un, “the Great Leader [. . .] like a shorter, fatter Mao”, and of the dictator’s dead grandfather, Kim Il-sung, who is “still ‘Eternal President’, / the only corpse on the planet holding executive office.”

The ending of ‘Notes from Utopia, Inc.’ is not optimistic — it refers to “no end / to the end” — but the possibility of closure does arise in ‘Notes from the Demilitarized Zone’. This poem depicts the “snow of unknowing” falling for over seventy years on the demilitarized no-man’s land between North and South Korea, “as if we all had more than one life to waste”. This poem concludes hopefully with the image of an “angel of changes”, and the suggestion that “the end / must also end.”

In turns disturbing, moving, and hopeful, Notes from the North is an exemplar of great poetry borne out of apparently unspeakable sadness and despair

In addition to the pamphlet title, the idea of poems as “notes” is made explicit in four poem titles, but this is superseded somewhat by the late “prayer” poems, ‘Prayer for a Son’ and ‘Prayer: At the Migrant Hospital’ — as well as by the prayerful aspect of the final poem, ‘Sono’. The two explicit prayers are quite tragic. ‘Prayer for a Son’ includes recourse to the “Lord of Methamphetamine, Lord of Morphine”, while the voice in ‘Prayer: At the Migrant Hospital’, unable to feel religious faith in the face of a son’s death, beseeches “Our Lady of Validol and Demerol and Haldol”.

Inter-generational continuity is suggested when the description of the dead son in the migrant hospital poem is echoed in ‘Sono’, but the latter represents a different vision to that contained in the rest of the pamphlet. ‘Sono’ uses nautical, marine, and animal imagery to describe the gestational journey to birth and the “afterlife” of life itself. The poem — and the pamphlet — ends with the uplifting image of new parents,

[looking] at every pock and crook of your skull,
every clotted hair, seal-slick on your blue-black scalp,

every lash, every nail, every pore, every breath,
with so much wonder that wonder is not the word —

Notes from the North was a Poetry Business International Book & Pamphlet Competition winner, and understandably so. In turns disturbing, moving, and hopeful, it is an exemplar of great poetry borne out of apparently unspeakable sadness and despair. 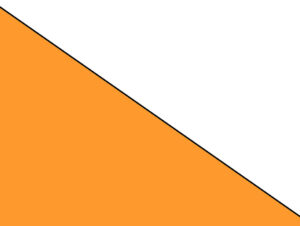