Heidi Beck’s poem ‘Mottephobia’ is a gentle and evocative look at emerging female sexuality and the experiences of women at the hands of men. We like Beck’s sideways route into the poem, her clear and measured tone, and the way she manages to imply so much more beyond that which is said. Most of all we like how the moth — originally something to inspire fear — comes to stand for something else, something “delicate, splendid, unadorned”, and we love and want to celebrate that tantalising final flutter!

Perhaps it was a Peppered Moth,
the kind they taught us
proved Darwin’s theory,
changing camouflage to survive.

Or maybe a Pink Underwing,
dull on top with that fleshy startle
under its layers, almost a butterfly.
These forensic details are gone,

but I was scared, shrieked,
Dad, can you come upstairs?
worried it might flap, hurl itself
like a bat into my hair.

Mottephobia — fear of moths,
creatures of night and taint
and panic, requiring naphthalene,
poison balls stuffed in the linens.

Did my father crush it?
Save it? I know only this —
he was not afraid of the moth.
He was afraid of me.

When he went downstairs
to his girlfriend, I heard him say,
Thank God. Only a moth —
I thought she’d started her period.

Is there a word for a man’s fear
of his daughter’s body?
For the humiliation of the girl?
Her fear of her own unfolding?

It has taken me years to think
of moths as precious, not meant
to dash themselves against a light
they mistake for the moon,

and maybe I will be able,
soon, to say to a lover,
Please don’t be so firm.
You are handling something

Heidi Beck emigrated to the UK from the USA in 1998 and lives in Bristol. She holds an MA in English Literature (University of Chicago) and an MA in Creative Writing (Bath Spa University). She has worked as a tour guide, data analyst and assistant zookeeper. Her poems have been published widely in journals including Poetry Ireland Review, The North, Under the Radar, Butcher’s Dog, Finished Creatures, Southword and The Alchemy Spoon. She reviews pamphlets at Sphinx reviews. Heidi Beck is on Twitter @HBpoet. 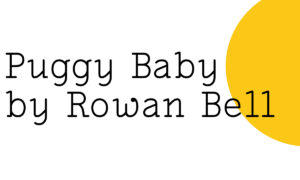