I learned later that Selima Hill is a celebrated poet of many collections, but when I received a copy of Men Who Feed Pigeons she was new to me. The poems’ brevity stood out first (they’re often just a couplet or two), and also that they’re written directly to an addressee in a colloquial register, and usually written about people we suppose Hill has known or knows still. She seems to keep an indiscriminate company of uncles, care workers, gardeners, farmers, dukes and butlers, among others.

Here is the book’s first poem:

Again she doesn’t hear a single word
Because she is distracted by his eyelashes.

This is pretty representative of the whole volume, but at the same time a one-off among one-offs, for Hill has found a stylistic formula that’s infinitely elastic within formally quite limited bounds. This variety is achieved mostly by manipulations of intimacy. Intimacy – the desire for it, the panicked flight from it, its absence and (very rarely) its enjoyment – is her overriding theme, but the interest of the poems depends at least as much on the subtleties Hill introduces into the intimacy of her own address to her subjects and audience. Which is to say that in Men Who Feed Pigeons intimacy is arguably even more significant as a rhetorical tool than as a subject.

In this, Hill is very much like Sappho. Here are four short poems; try to guess which are Sappho’s* and which are Hill’s.**

To anyone who’s got any sense
It’s all about my fear of being loved.

Afraid of losing you I ran fluttering
Like a little girl after her mother.

I try to please everyone. Of course I do.
And everyone tries to please me.
Except, that is, except him
Who’s sick of always having to be charming.

Of course I love you, but if you love me
Marry a young woman!
I couldn’t stand it to live with
A young man, I being older

The list could be extended; many of Hill’s first lines could also be Sappho’s (“I’m Never Going to Think of Him Again”); both even have poems about a man with improbably big feet.

If the character of Hill’s poems could be transposed to paint, then her canvases would be most appropriately hung roughly halfway between the Beryl Cooks and the Hieronymus Bosches

The literary comparison game can become dull, I know, and can also look like showing off, but in this case I’m going to risk ploughing on for two closely related reasons. Partly it’s just the uncommon and joyously unpredictable range of the associations that came to mind as I was reading. I kept thinking of Wisława Szymborska, for example, as well as a host of mordant prose writers from mid-twentieth century Britain and Ireland (Barbara Comyns, Stella Gibbons, Clare Boylan). Jean Follain cropped up, as did Anna Akhmatova, and also not a few visual artists: If the character of Hill’s poems could be transposed to paint, then her canvases would be most appropriately hung roughly halfway between the Beryl Cooks and the Hieronymus Bosches. Coming back to writers, it’s striking, finally, how much the structure and (sometimes) the voice of Men Who Feed Pigeons resembles that of the great haiku writers, particularly Issa. To play the same game we’ve just played with Sappho, try to guess whether this is one of Hill’s or one of Issa’s: ***

What you say or don’t say
Really doesn’t matter; talking to dead trees.

Like haiku, too, Hill’s poems are arranged in cycles in which subjects and characters can recur. The predilections, death and posthumous fate of a bay horse, for example, as featured across ‘The Cousin’ and ‘The Driver’, set spinning a narrative dust-devil, amid the initially unconnected-seeming poems, that prompted me to think about how others may also be linked.

My final justification for all this name-dropping is to polemically counter what seems a largely uncontested claim in the commentary on Hill, to the effect that her characteristic style makes her some kind of quirky outsider. I’d say quite the opposite: that in both her themes and how she treats them Hill’s quality is classical. Implicit in this is that it it’s immaterial whether she has been consciously influenced by any of the writers I’ve mentioned; their mutual similarity is rather a sign of their shared commitment to representing human experience to the utmost of their individuality. All classical writers are idiosyncratic, and it’s only the deviance of post-Enlightenment Western criticism that makes this seem odd.

This human experience being essentially tragi-comic, many of the poems in Men Who Feed Pigeons are snortingly funny:

The tide is going out. As we watch
I can see more and more sand.

I think it’s coming in, I hear him say.
It’s good he’s not an Admiral or the moon.

As very often, this poem’s vitality depends on the three-way relationship between the Hill-persona, her companion-subject, and the reader as observer-sympathiser-jurist. Here the humour is a sort of verbal eye-roll at the hopelessness of the man who’s so badly misreading the tides, with the reader’s function as witness crucial for its effectiveness. Hill involves and mobilises us all the time, so one could also say that her poems above all rely on confidences, with failures of confidence occupying the narrative level and the reader’s conscription as confidante affording Hill all sorts of ironic wriggle-room to create different emotional effects.

Some poems have the character of post-it notes-to-self on Hill’s fridge door; sometimes a beloved is addressed directly as ‘you’; while in other poems still, the grammar involves the reader more explicitly:

This person we can hear is my uncle.
He lets himself in via the balcony:
He’ll suddenly appear, like a thief,
Or like an angel, neither of whom chat.

We’re drawn in – of course we are – because we’re egoists who love to be confided in.

This soliciting of the reader’s opinion on the level of the drama, as if we were sympathetic waiters in the café or eavesdropping receptionists at the doctor’s surgery, also has the effect of making us less able and less willing to judge the poems themselves. For this reason it’s worth stressing what in other situations wouldn’t merit a mention: namely that some of these poems are better than others. But we read on eagerly anyway, past the occasional relative dud, for Hill’s gossipy dismissal of the next dud relative.

And mostly we admire Hill’s intense curiosity about others, and how her bafflement at human behaviour never gives way to hopelessness or cynicism

And mostly we admire Hill’s intense curiosity about others, and how her bafflement at human behaviour never gives way to hopelessness or cynicism. We admire her dogged attempts to seek love and to extract conversation from her unpromising cast of silent, bovine and emotionally retarded men, though she scorns and seems to despair of them all the while. Above all it is this mixture of hauteur and vulnerability that recalls Sappho so strongly.

If Hill were a true cynic, if we thought her insincere, then we’d tire of her sleights of voice, even as we admired their craft. But a certain old-fashioned courtliness in her respect for other people, and also her genuine fear of attachment – which may be, in the end, a fear of surrendering the watching, commenting self of her poems – keeps us hooked.

* in the matchless translations of Mary Barnard 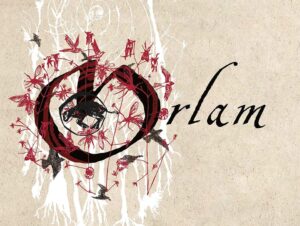