You can never know for certain whose head you’re in

When naming a collection of poems there are a number of approaches. You can name it after your best poem, you can name it after a great phrase that stands out from a particular poem, or you can give it a name that indicates the theme of the collection. Will Harris has done all three in one fell swoop with his first full collection of poetry, RENDANG, which ends with a poem called Rendang, the last lines of which are,

RENDANG, I whisper.
RENDANG, I lay
the pages of this book
Around me. I talk to them.

Regarding the theme, well, I’m afraid that this will be one of those reviews that contains a dictionary definition and then spreads out from there. I think for the purpose of this review it’s the ideal place to start. According to Wikipedia, Rendang is a rich meat dish which is revered in Minangkabau culture as an embodiment of the philosophy of musyawarah, a process of discussion and consultation with elders.” RENDANG, the collection, finds itself in conversation with Harris’ heritage as a person born to a Chinese Indonesian mother and an English father, and in conversation with their collective and separate pasts prior to the arrival of Harris, and also shows Harris’ on-going dialogue/consultation with his own work.

Several of the poems from his earlier HappenStance pamphlet, All This is Implied (2017), are included here but, through the process of discussion and consultation, the poems have evolved. Some have become surer of themselves, as with ‘Mother Country’ where the only major change to the body of the poem is the swapping of an ellipsis for a full stop, although it is arguable that the scope and emphasis of the poem is changed with the subtle shift in the title. What was originally ‘Mother’s Country’, becomes with the loss of the possessive apostrophe, ‘Mother Country’. This has the impact of broadening, but not lessening, the impact of the poem for me. It gives the speaker of the poem a greater sense of ownership and perhaps brings them closer despite them having been “holding back” from visiting.

Other poems have undergone more significant transformations. The poem ‘With Cornflowers’ in All This Is Implied (which contains the line that gave the pamphlet its title) has become a section called ‘Mariinsky Canal’ as part of a sequence called ‘Lines of Flight’. The poem itself is almost completely unchanged, apart from the loss of a pair of em dashes from the second stanza, but it now has a greater sense of place as part of, and as the start of, this sequence. This makes sense as the Mariinsky Canal has been renamed the Volga-Baltic Waterway and forms the connection between the Caspian Sea to the ocean, thus linking a big idea to an even bigger idea. A poem called ‘Identity’, previously a sonnet, is collapsed into a prose section and subsumed into a poem called ‘Glass Case’. Harris has also rejigged ‘Yellow’; new line breaks from the end of the first stanza give the poem a slightly harder edge. The end of the poem and its dreadful conclusion has stayed the same (but this you need to read for yourself).

When naming a collection of poems there are a number of approaches. You can name it after your best poem, you can name it after a great phrase that stands out from a particular poem, or you can give it a name that indicates the theme of the collection. Will Harris has done all three in one fell swoop

The most significant transformation, for me, comes in the poem ‘State-Building’, nee ‘Bee Glue’. This was a significant poem for Harris, attracting some attention when published in the Guardian as Carol Rumen’s Poem Of The Week. The changes begin from the off by taking on a new title, ‘State Building’, paraphrasing from within the poem: “the building of a state”, the usage of part of Derek Walcott’s 1992 Nobel lecture in stanza one is now italicised to add extra emphasis, as is the word “slaves” in the second stanza of this newer version. The contents of the poem are also changed. What was

[…] The Freeborn men are elsewhere, safe

behind their porticos, arguing the world’s
true form. They talk of bee glue,

in All This Is Implied, now becomes:

[…] The Freeborn men elsewhere, safe behind

their porticos, argue about the world’s
true form, or talk of bee glue,

As with ‘Mother Country’, the change from “are elsewhere” to “elsewhere” broadens the scope of the poem to include and question a far wider cast of “Freeborn Men” than in the original. Elsewhere in the poem there are some further subtle shifts. Someone is now “marked with sweat or tears” instead of “glazed”. And there’s a shift to a more demanding tone where the author says, “Give me a love that’s unassimilated” whereas before it was “I want a love that’s unassimilated”.

The key that, for me, unlocks much of the rest of the collection is the line “Time folds over on itself” from the long, dream-like sequence, ‘The White Jumper’. Harris talks about the genesis of ‘The White Jumper’ here. He says,

The simplest way to explain my poem ‘The white jumper’ is to say I had a dream – one of those dreams that sticks with you not because it’s shocking or prophetic but because … you don’t know why. It just keeps bobbing up to the surface. Early last year, I dreamt I was running through a green space – a forest less foliaged than pixellated, like a level from Sonic the Hedgehog or Crash Bandicoot – and after hopping for hours (or seconds) from one grassy platform to another I came to a gap, a dark plummet beneath me and on the other side a white jumper spot-lit by the sun. Maybe I could’ve reached it with a running-jump but I didn’t try. The last thing I remember is staring at it.

The mention of “running-jump” above is significant; the poem starts and ends with “running and jumping” but covers, among other things, car accidents, ideas of race and nation, grandmothers, death, cultural tourism and Sonic the Hedgehog. No small feat, and not exactly your standard single-themed poem. The poem folds in and around itself like time, running and jumping across time, back and forth and from place to place. It’s not entirely knowable or parsable to me, but I am enjoying letting it all sink in and will continue to come back to it’. Like a computer game, it’s not something that is quick to “complete”

To circle back, or to fold time, to an earlier theme, the book contains a great number of discussions with elders, particularly engaging with and referencing other writers and/or performers. We saw in ‘State Building’ the reference to Derek Walcott, but elsewhere within the poems we see references to the Gawain story, The Lady of Shallot, Hart Crane, Sharon Olds, Seamus Heaney, Led Zeppelin, Dr Dre, John Coltrane, Bruce Springsteen and fellow Complete Works alumni Leo Boix, among others.

Harris occupies a range of mindstates and people throughout RENDANG

These touchstones ground the work, but don’t fix it in a specific era. The poem that mentions Leo Boix, ‘Half Got Out’, also manages to touch on Ben Jonson’s ‘A Pindaric Ode’ and WS Merwin and thus travels (or unravels through time) from the sixteenth century, across the twentieth and lands in the twenty first century. The poem contains a section that could almost encapsulate my review of the book:

I love the way the

However, there’s another poem that, I think, travels into the future and ends with a line that works better. In ‘Pathetic Earthlings’ we travel to Planet Mongo and while the poem doesn’t centre on Mongo’s most famous son, Ming The Merciless – “though he may not be evil, he’s done bad things”– he does feature as the cousin of the protagonist. This prose poem ostensibly acts a warning about the potential dangers of telepathy but could well be about the dangers of overthinking or the unexpected consequences of new technology.

The poem ends with “I think to him, / I really do, but you can never know for certain whose head you’re in.”

That feels to me like a fair summary of the book. Harris occupies a range of mindstates and people throughout RENDANG, and the longer form of this collection has given him the space to do so. It will be fascinating to see how many dimensions his next work travels through.

Mat Riches is ITV’s poet-in-residence (they don’t know this). His work’s been in a number of journals and magazines, most recently Wild Court, The High Window and Finished Creatures. He co-runs the Rogue Strands poetry evenings, reviews for SphinxReview, The High Window and London Grip, and has a pamphlet due out from Red Squirrel Press in 2023. Read Mat Riches’ blog Wear The Fox Hat.
Share on Twitter Share on Facebook Share on Email 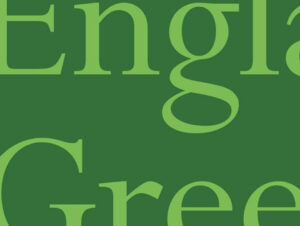