A man was shot not far from where we live

Chris Jones’s new pamphlet from Longbarrow Press, Little Piece of Harm, is a startling but accessible pamphlet that invites the reader in from the beginning. These poems have a clear sense of both time and place as they follow the narrator, Pete, over a 24 hour period as he walks around Sheffield in the aftermath of the shooting of a police officer. Whether or not you know the geography and landmarks of the city, this narrative sequence of 14 poems vividly captures that sense of how familiar surroundings can suddenly seem strange and unsettling, even threatening at times. It’s a feeling that certainly resonates after a year of lockdowns, closed public buildings and empty city streets.

These poems may be rooted in place but the real energy comes from the voices Jones conjures and harnesses to tell the unfolding story, each poem being a monologue or dialogue giving voice to those caught up or at the margins of the drama. Jones captures a broad range of character, some of them marginalised and living, both literally and figuratively, at the fringes of the city.

The real energy comes from the voices Jones conjures and harnesses to tell the unfolding story, each poem being a monologue or dialogue giving voice to those caught up or at the margins of the drama

One of the most striking aspects of this collection is Jones’s use of form and they way this shapes these different narratives. Each poem uses a separate form, most of which deploy traditional metre and rhyme. This gives the different stories related their own feel, and Jones moves effortlessly from terza rima, to Rhyme Royale to Spenserian stanzas, while also adopting syllabic forms such as the renga in places. In less skilled hands this could feel like an academic exercise or literary showing off but what struck me is how unobtrusive this formal element felt. These are conversational poems which still sound naturalistic, even when Jones is using forms more widely associated with Dante, Wordsworth or Keats. The rhymes seem to melt effortlessly into the background, with the narrative drive and emotional heart of each poem never becoming subservient to the form.

As a reader it’s interesting to think about why Jones has used particular forms. A good example is ‘Someone Else’s Child’, a poem in terza rima, in which the narrator walks Denise back to her house while listening to her relate an incident, or almost-incident, with her son.

‘You know’, says Niamh, ‘we’re sure we wouldn’t kill
or mean to cause another human pain.
We’re above that, aren’t we? Gestures of ill will.

Then crap things happen we can’t explain.
So Sam, my eldest, took a blade to school:
I swear he must’ve done and can’t be certain.

Some quarrel led my son to lift a tool
stash it round his books and footie gear
as though he smuggled moonshine into school.

At the launch reading of this collection Jones describes the patterning of lines with a terza rima form as ‘like holding hands’ – a beautiful description for a poem about parental love and responsibility. His comments, and the poems themselves, seem to demonstrate a deep understanding of how form can shape our experience of reading a poem, in this case how these interlinked rhymes, moving both forwards and back, mirror both the walking action in the poem, but also how Denise’s anxiety links to previous fears, and how one story inevitably links to another. So we see Pete’s story that day interlinking with Denise’s, which also links back to the story about her son — a three-way interaction that is embodied in the structure of the poem.

Trauma, loss and grief — and how people bear the unbearable — are at the heart of many of these narratives

Trauma, loss and grief — and how people bear the unbearable — are at the heart of many of these narratives. There is a real emotional depth to the characters depicted in poems such as ‘Storm Lamp’, ’The Speed of Light’ and ‘A Wintering Bird’. The imagery is vivid, and at times lyric, for example an Afghan taxi-driver speculating that his father must have “worked out what it cost to live here / in pocketfuls of smoke and dirty rain”.

The father / son image here is a mirror-image of the relationship depicted in the previous poem. ‘The Speed of Light’ starts with the father looking through a telescope to “weigh these trillion stars / against the thread of care we gift a child”. And if this image runs the risk of becoming too weighty or too grand, Jones lets us peer through the lens for a close-up, to see what this means more clearly,

[…] all those nappies bagged, discarded,
bottles sterilised, laces tied, the pile
of picture books you could recite in sleep –
if sleep was granted. It’s endless, isn’t it,
the boots you clean, the schoolyard rounds you keep
the muddy peel you scoop from out the sink.

Across the narrative arc of the collection we start to learn a little more about the somewhat opaque narrator, Pete. But like all good literary guides into the unknown he does seems to be not entirely reliable or always empathetic. These poems also seem to do something interesting with time. On one hand we have the clock ticking onwards throughout the collection, but each story also reaches backwards to events that have happened earlier. And there are obvious allusions to the literary and the mythic — at the end of the day Pete is just trying to get home — but these allusion are worn lightly.

These are poems that feel grounded in the here and now, but retain an elegiac tone, as though they know that time is passing. The variety of voices in these poems makes this a rich, satisfying pamphlet to read. Jones skill as a poet shines through, but so does his ability to create characters that speak with a real sense of humanity.

Emma Simon has published two pamphlets, The Odds (Smith|Doorstop, 2020) and Dragonish (The Emma Press, 2017). The Odds was a winner in The Poetry Business International Pamphlet & Book Competition. Emma has been widely published in magazines and anthologies and has won both the Ver Poets and Prole Laureate prizes. She works in London as a part-time journalist and copywriter and is currently completing an MA via the The Poetry School and Newcastle University. 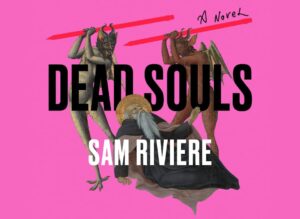 A dark shape from the sun